Witley Court – English Heritage – the shell of a huge Victorian palace, formal gardens with an enormous working fountain, a large lake, informal gardens, and then the Baroque Parish Church next door.

First we walked through the Wilderness and Woodland gardens, where there are several huge American Redwoods, as well as other ornamental trees. 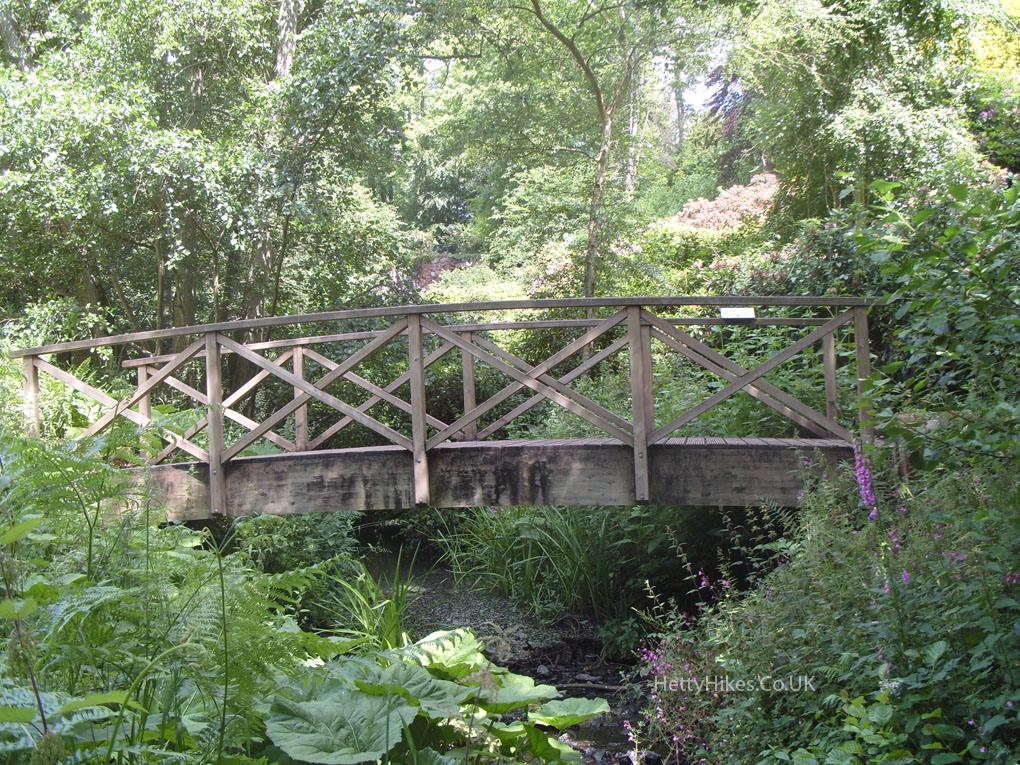 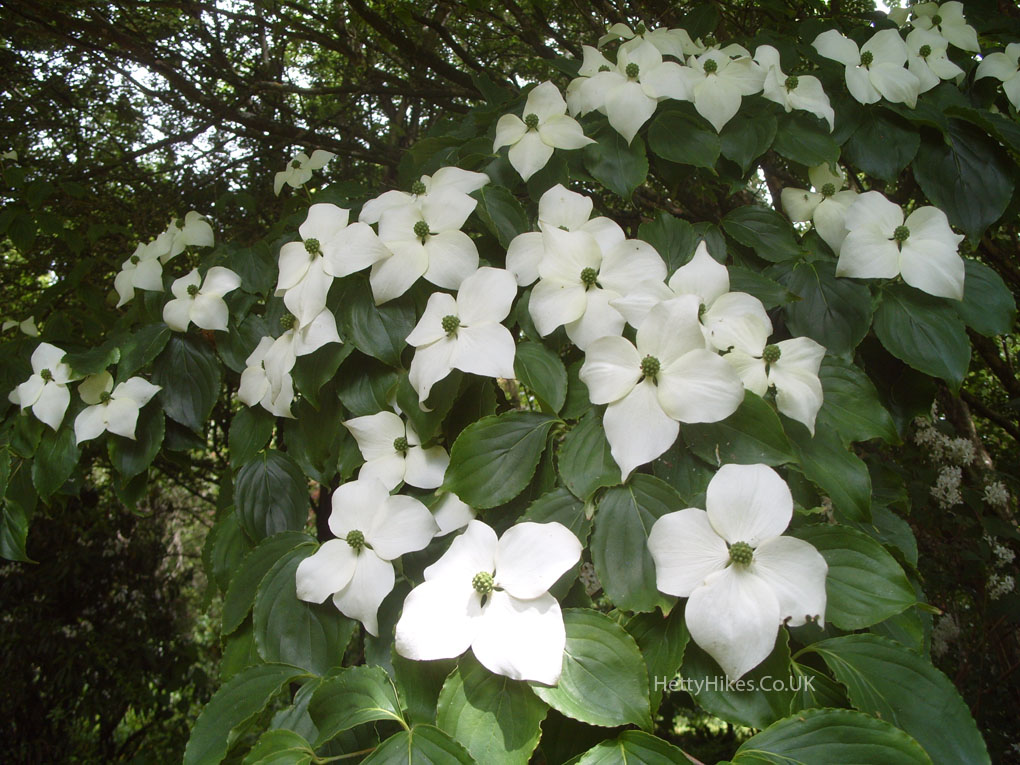 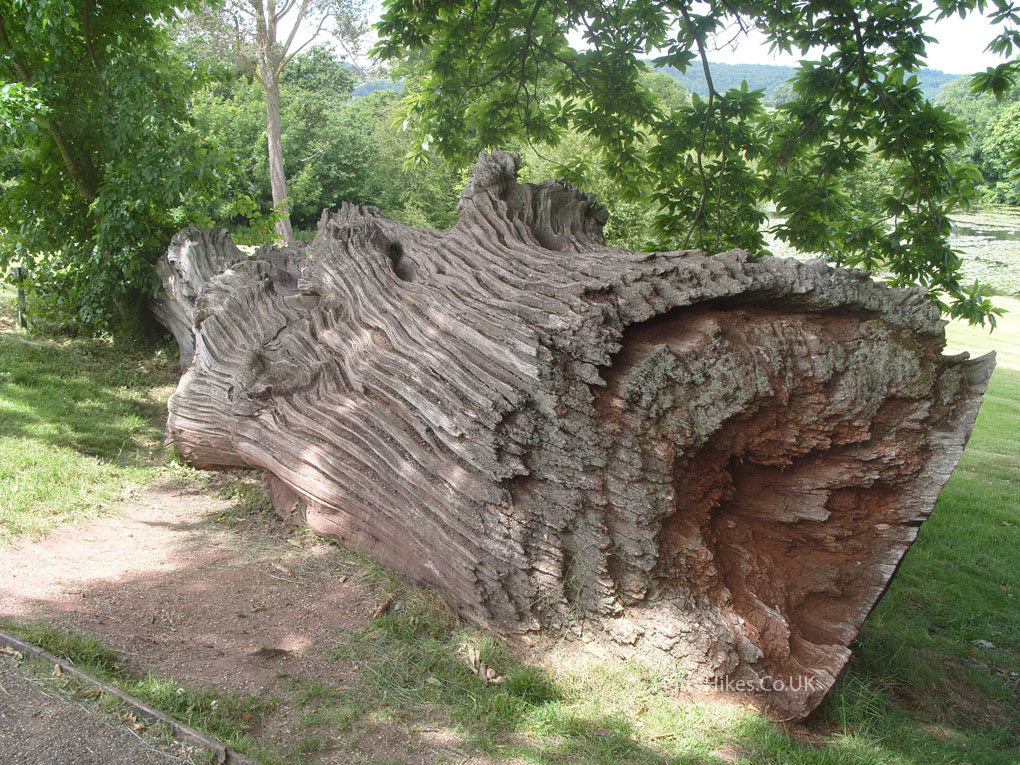 The huge lake, made in the mid-18th century, by damming the brook. 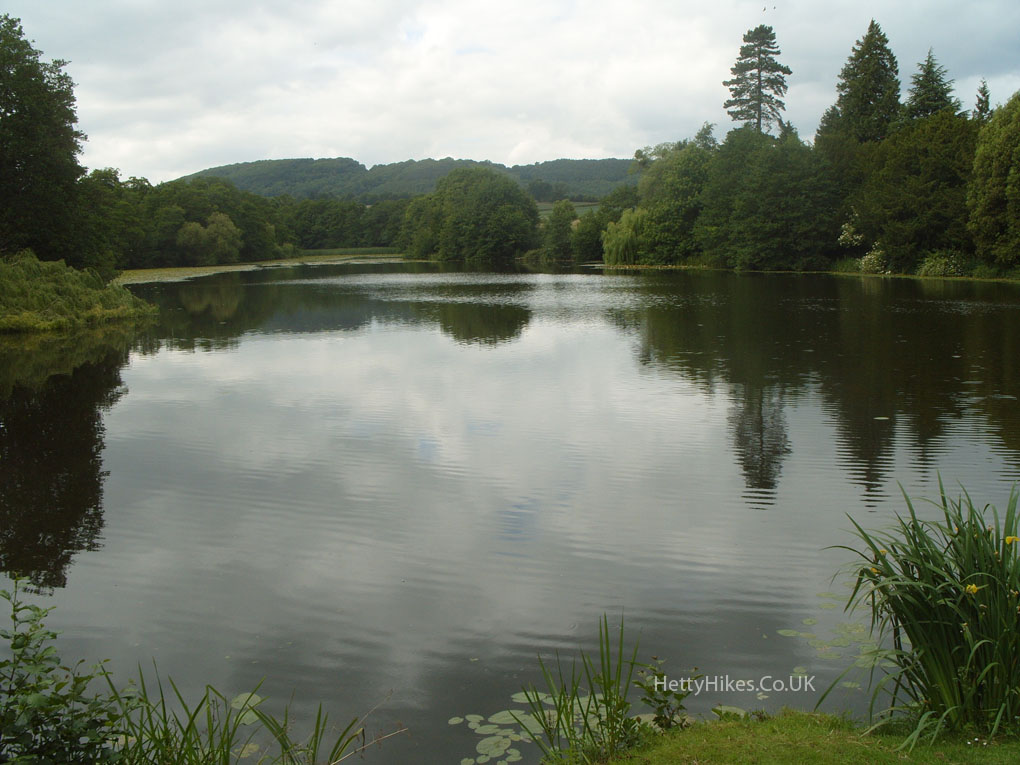 Our first view of the north side of the house and church, across the lake 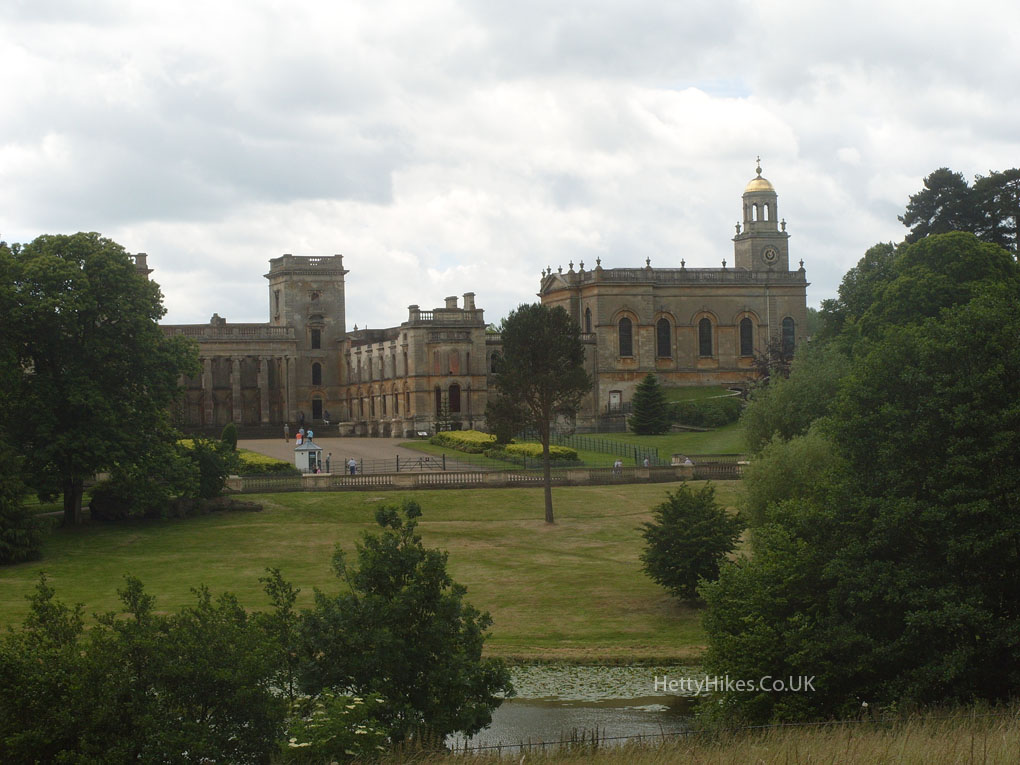 There was a mediaeval manor house that was enlarged in Jacobean times.

The Foley family bought the Witley estate in 1655, and there is a monument one of them in the church. They added the two wings.

In the 1850s it was encased in stone and enlarged again by the Ward family, who added the ornate formal gardens and fountains.

But after a devastating fire in 1937, Sir Herbert Smith sold the estate, the house was stripped and abandoned. The east side had the dining room and ballroom, overlooking part of the formal garden (which has been recreated), with a fountain. These parterres are either side of the central parterre en broderie (clipped box hedging with coloured gravels and plants, that resemble embroidery) 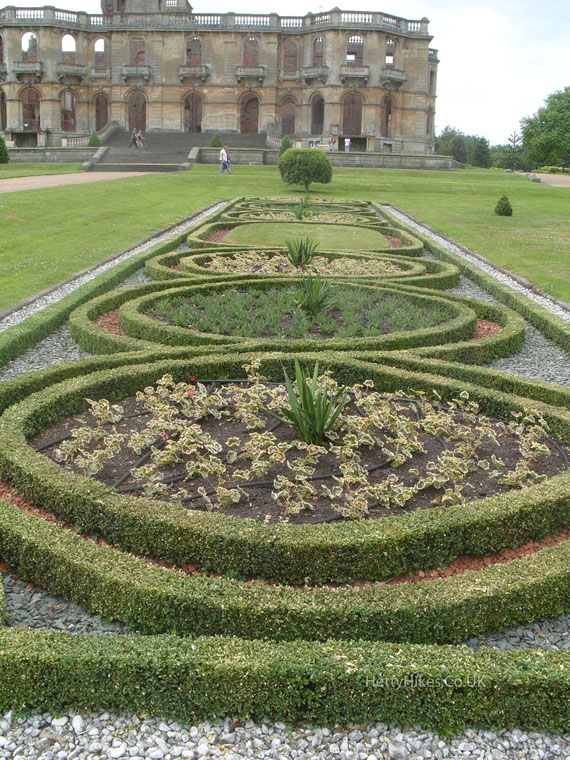 On the south-side there is a spectacular Perseus and Andromeda fountain that ‘fires’ on the hour. There was a huge conservatory 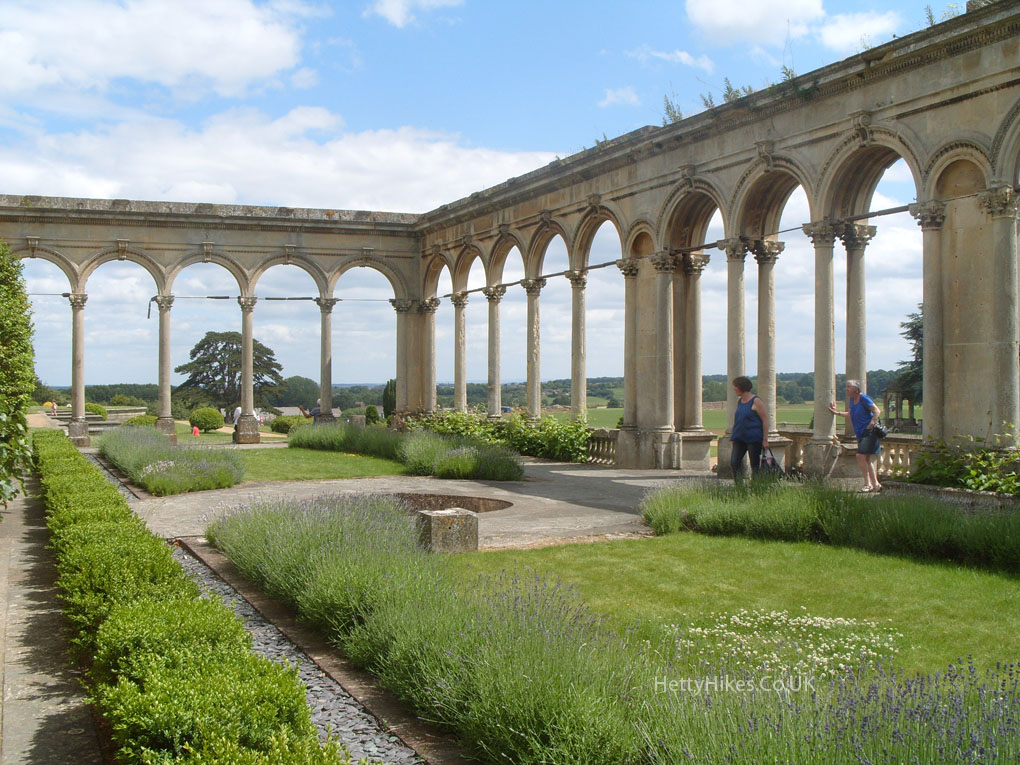 Inside the house there are glimpses of its previous grandeur, but the 1937 fire devastated part of the house, and the rest was stripped and sold. 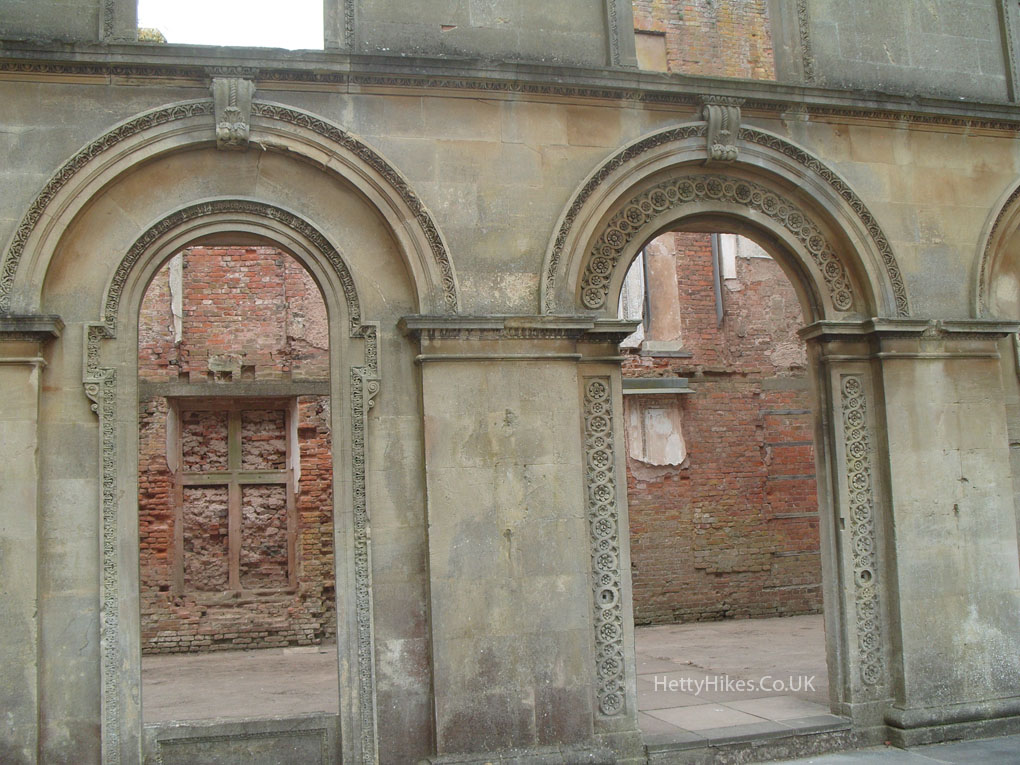 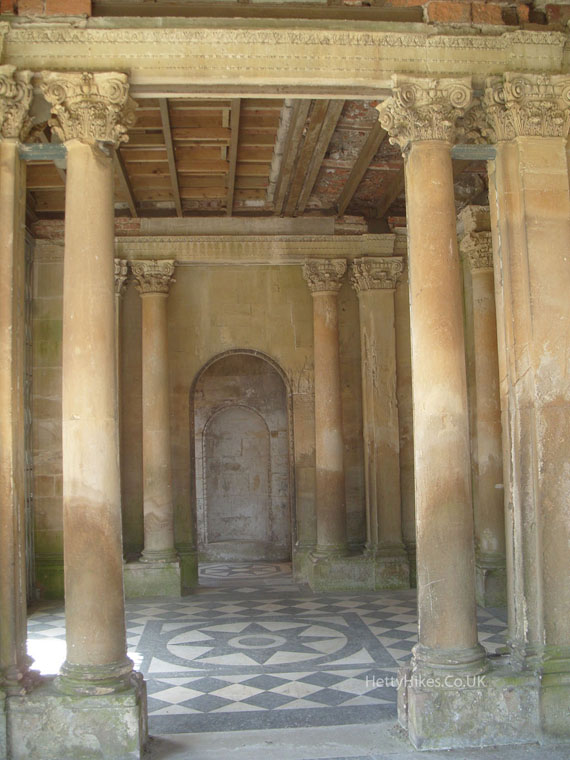 Great Witley Parish Church is very unusual for England. The church was previous further away, but was rebuilt next door to The Court. Later much of the interior was bought from a chapel in London that was being demolished.

The church was not affected by the 1937 fire, and the Baroque interior has been restored to its former glory. 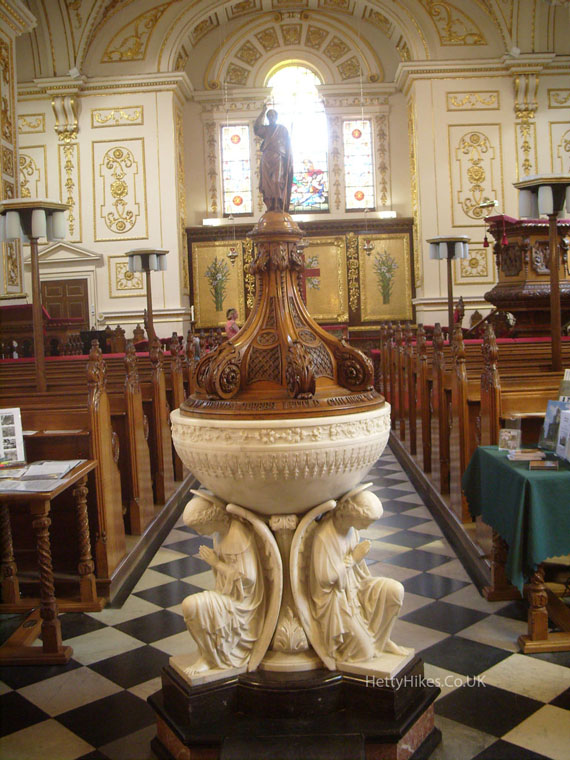 Seeing the inside of the church gives an idea of the former grandeur that the house must have had in its day.