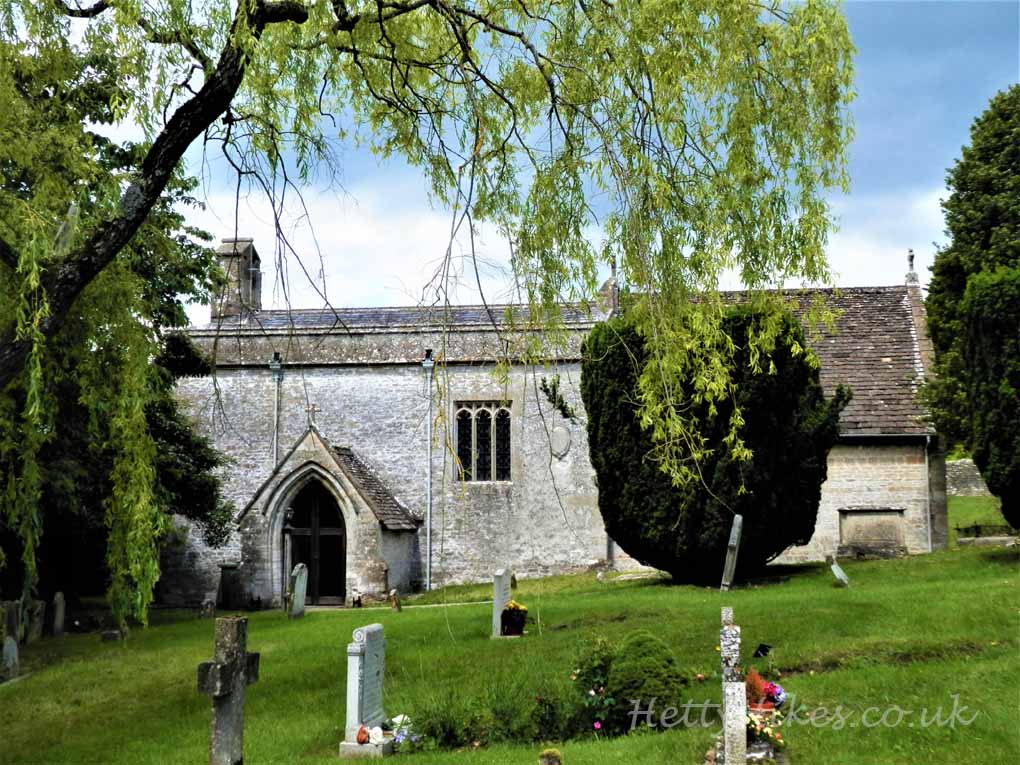 It has a double bell-cote 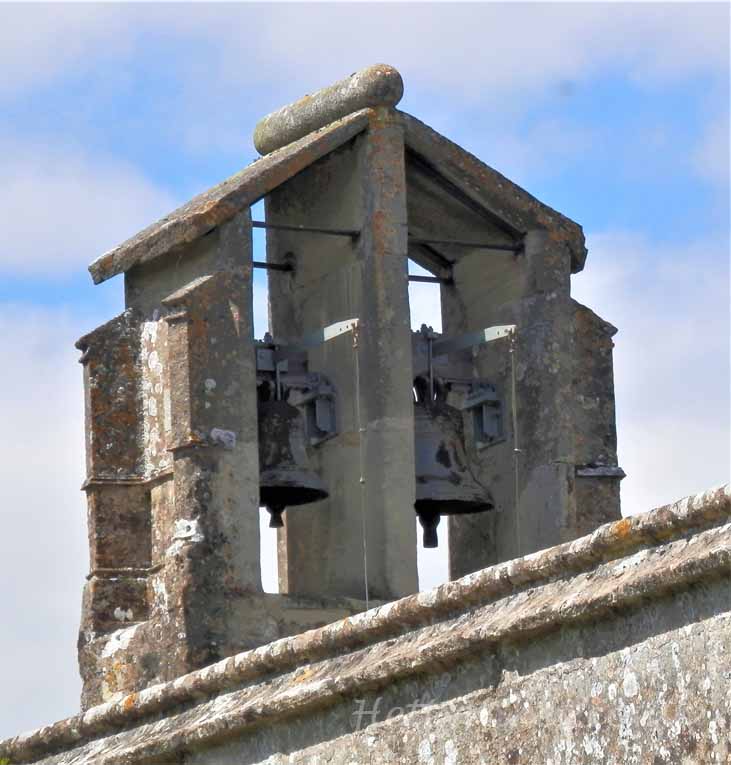 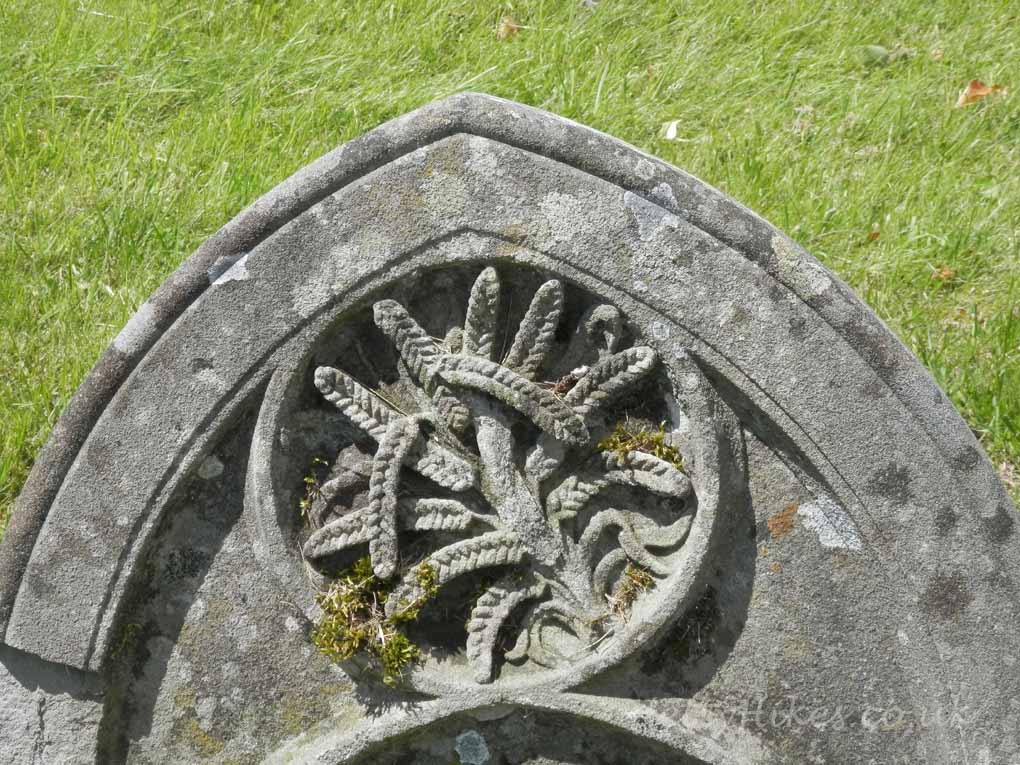 The hinges on the door date from about 1500 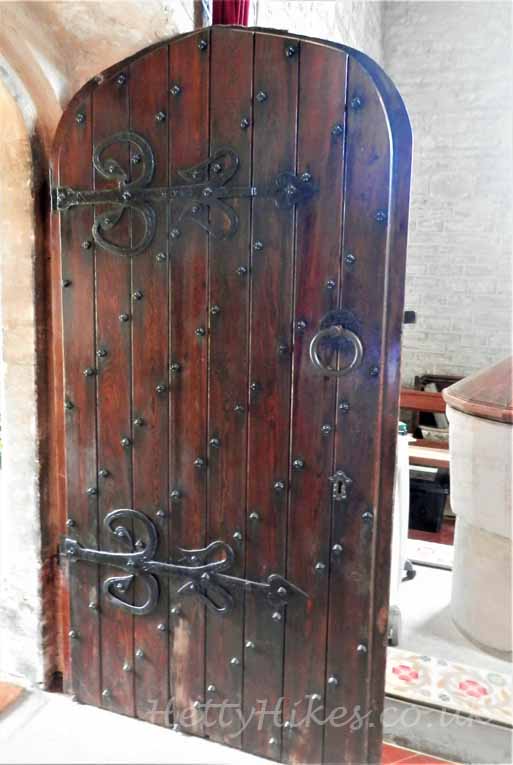 When you enter the church you see a huge 14th or 15th century wall painting of St Christopher, which was discovered and restored during Victorian times. This saint’s image was common in churches in medieval times. 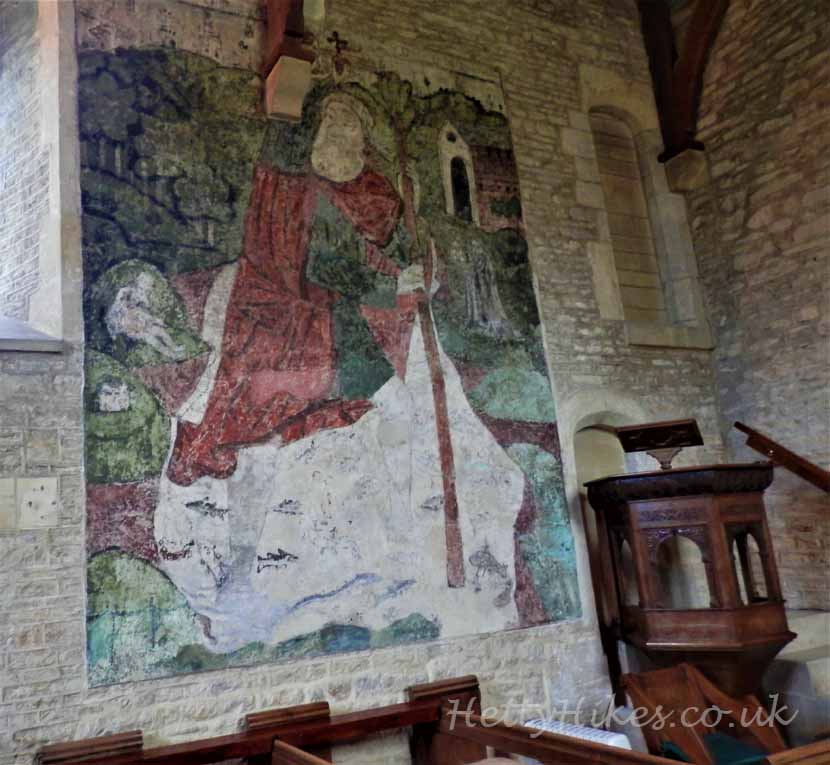 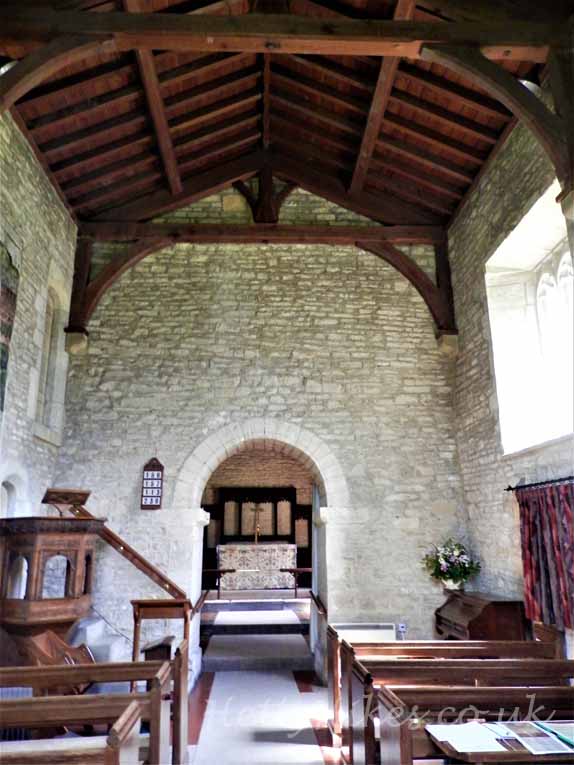 Protected by curtains is a 15th century embroidered altar frontal with double-headed eagles. 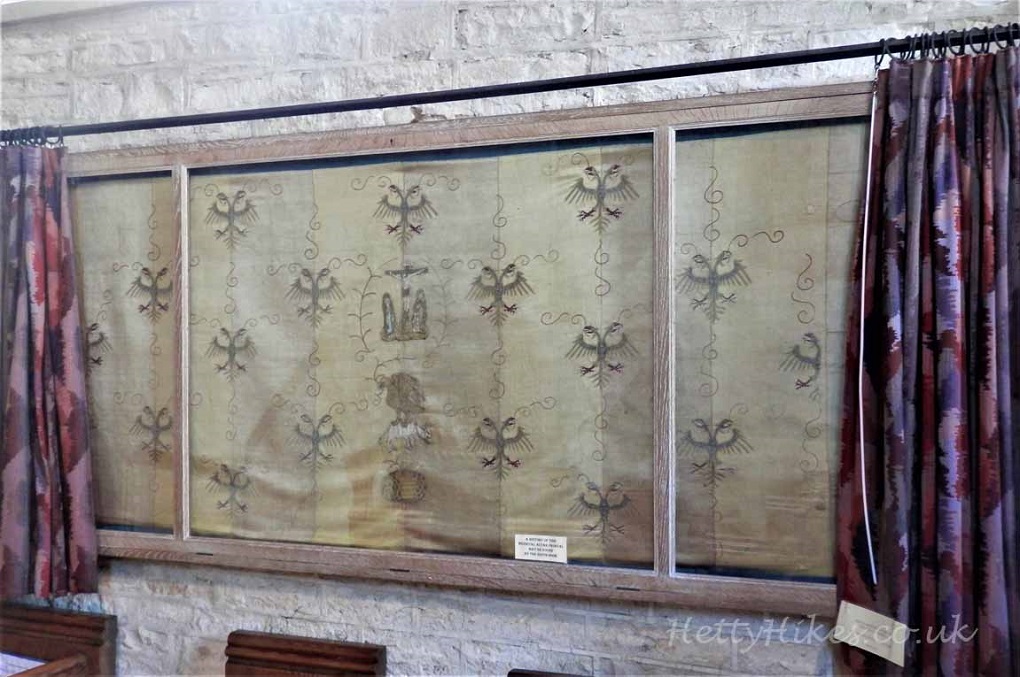 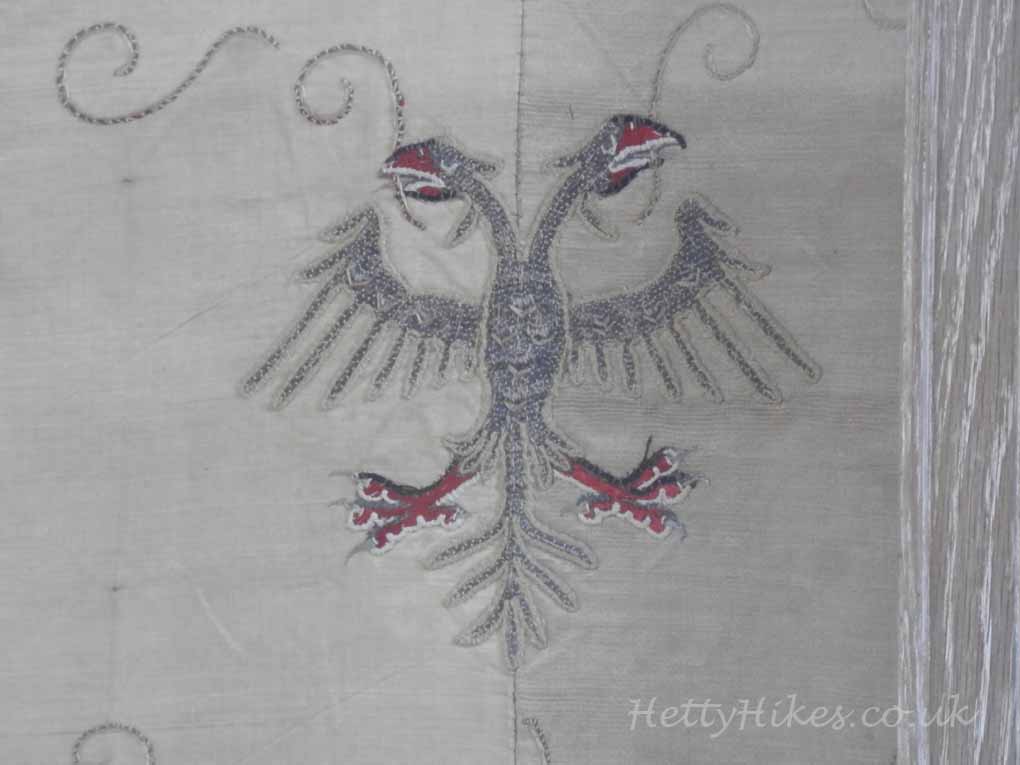 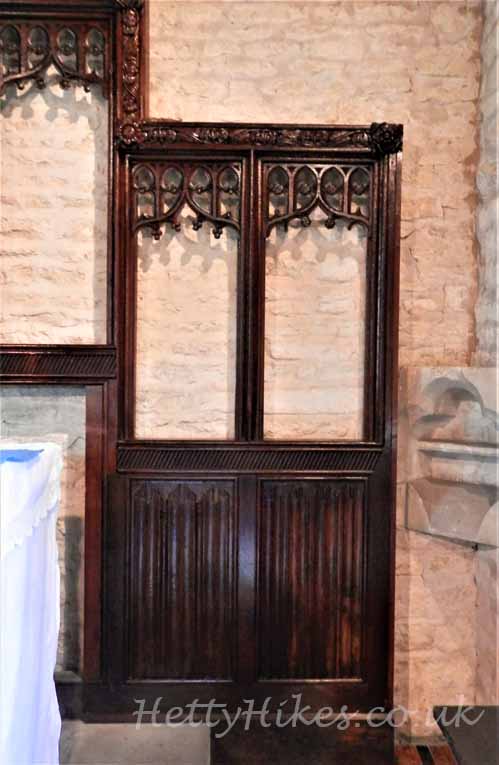 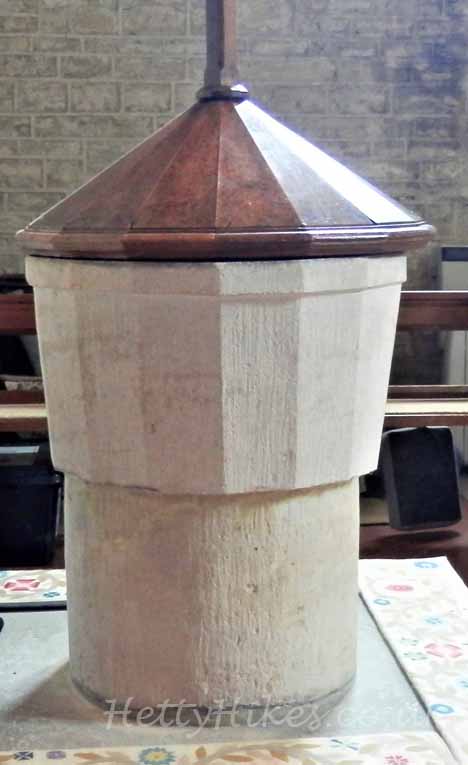