View from the railway station 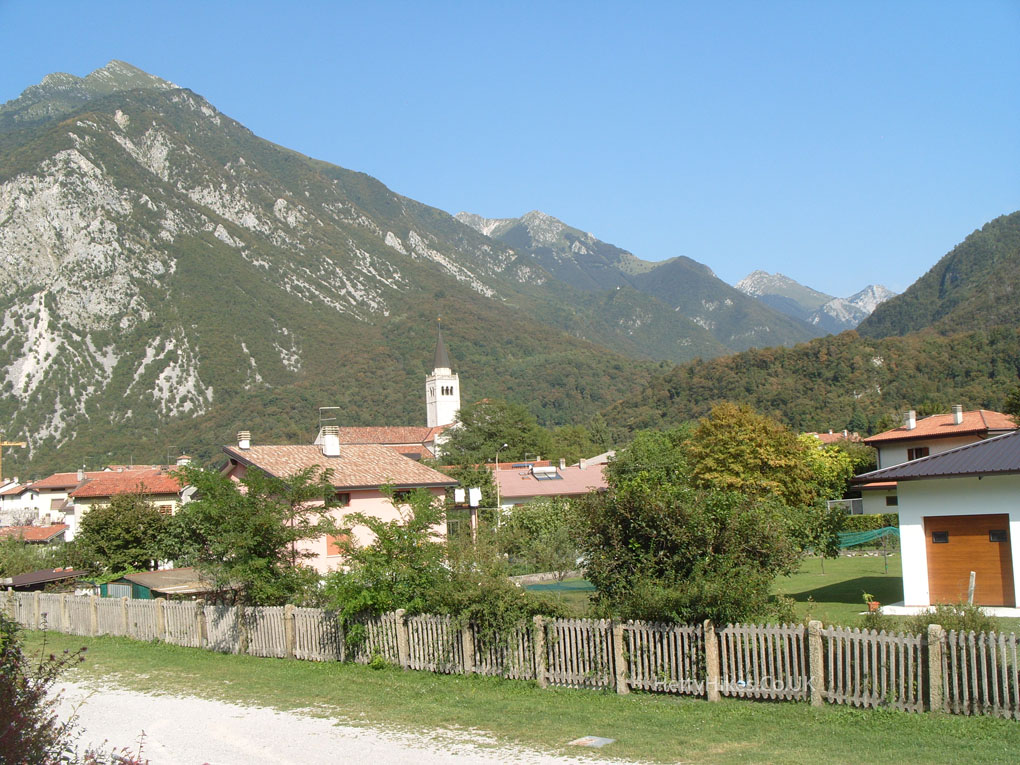 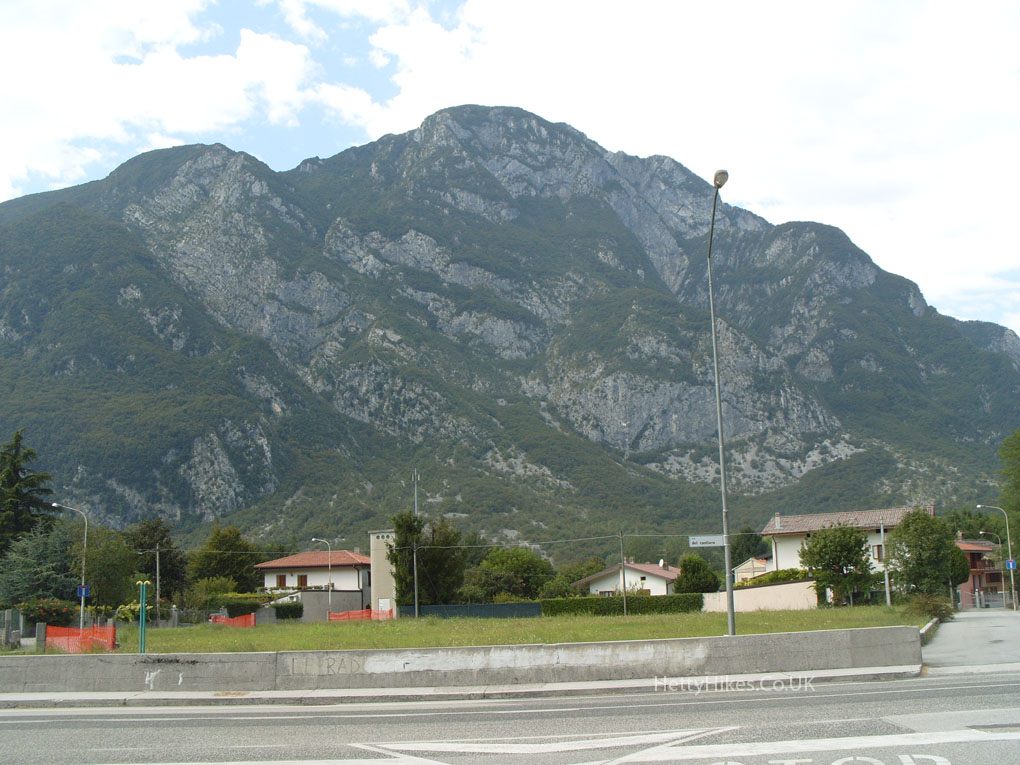 Venzone is a small walled town is on the Tagliamento river, nestled between the Carnian Alps and the Julian Alps. It was devastated by earthquakes 40 years ago, and has been rebuilt as it was in medieval times.

From the railway station turn left, then right down a path. Cross the main road and take via Gemona to enter the town via the Lower Gate (Porta di Sotto) built in 1835, replacing an earlier 14th century gateway. 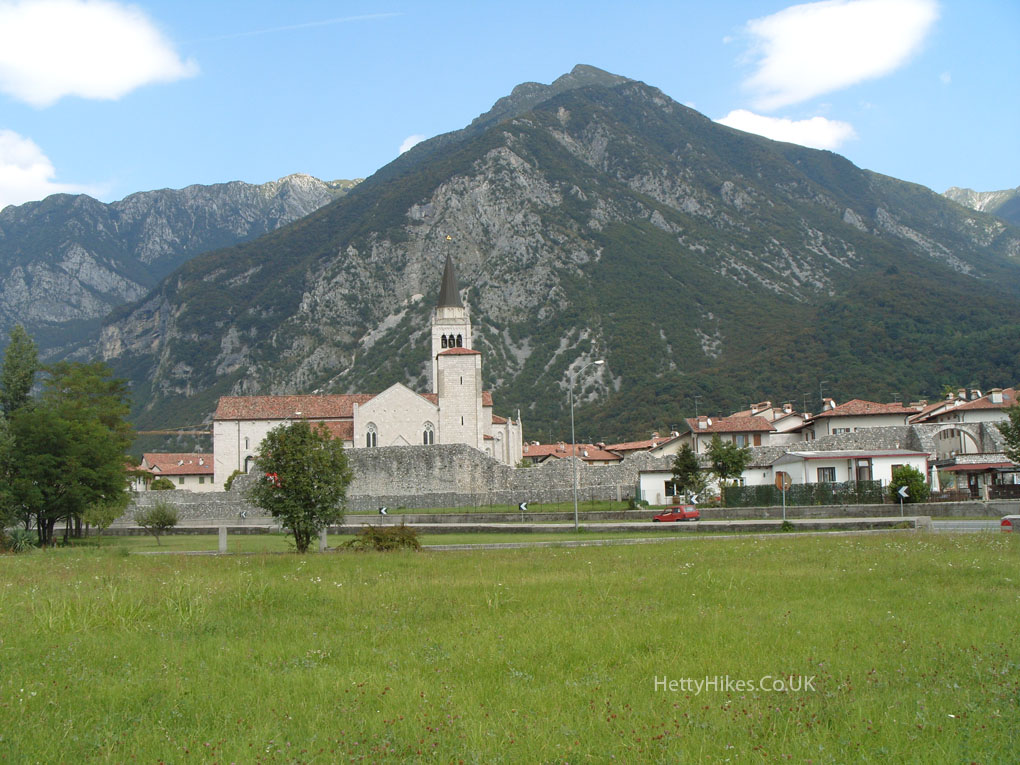 The double circle of walls were originally surrounded by a moat. 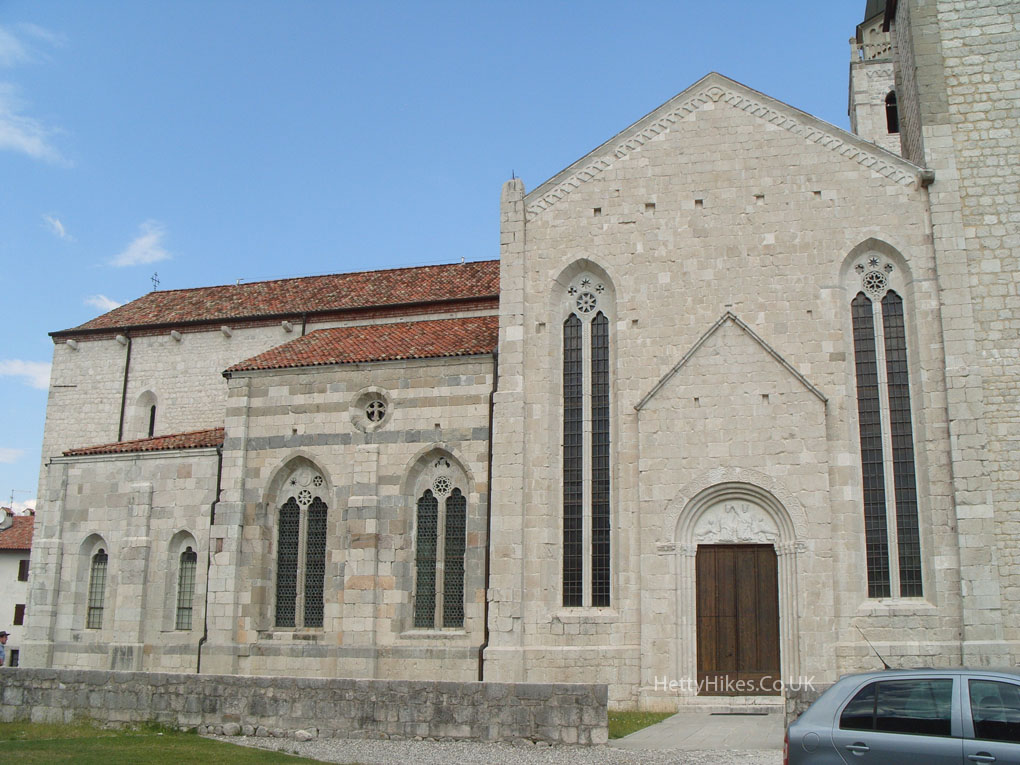 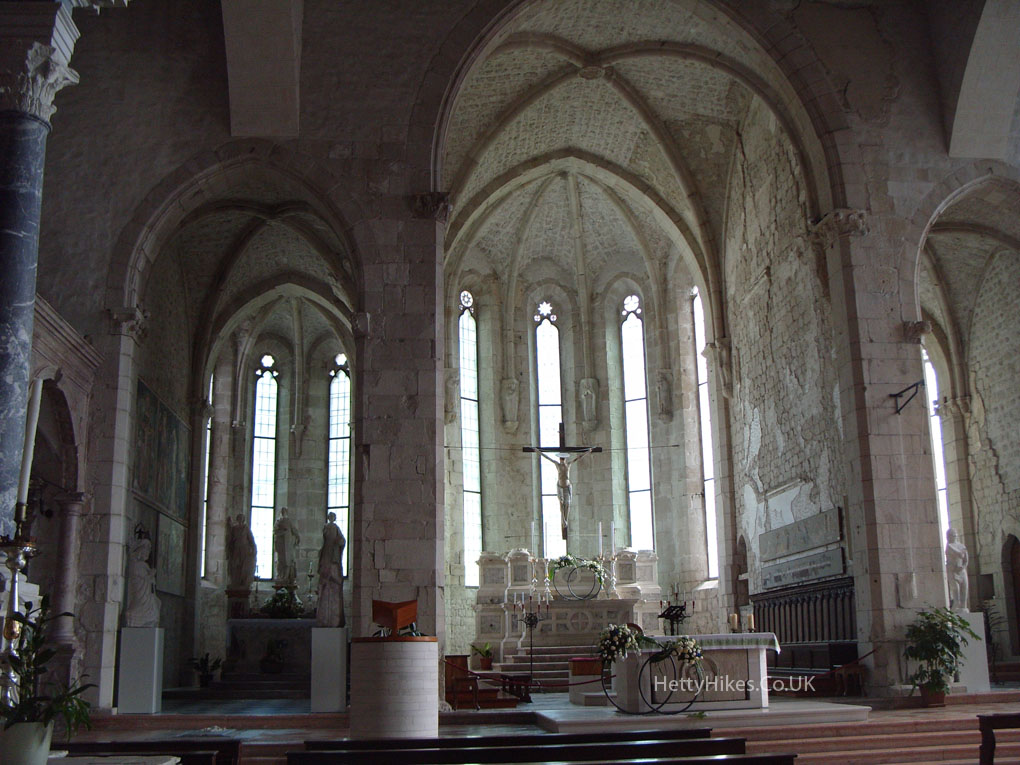 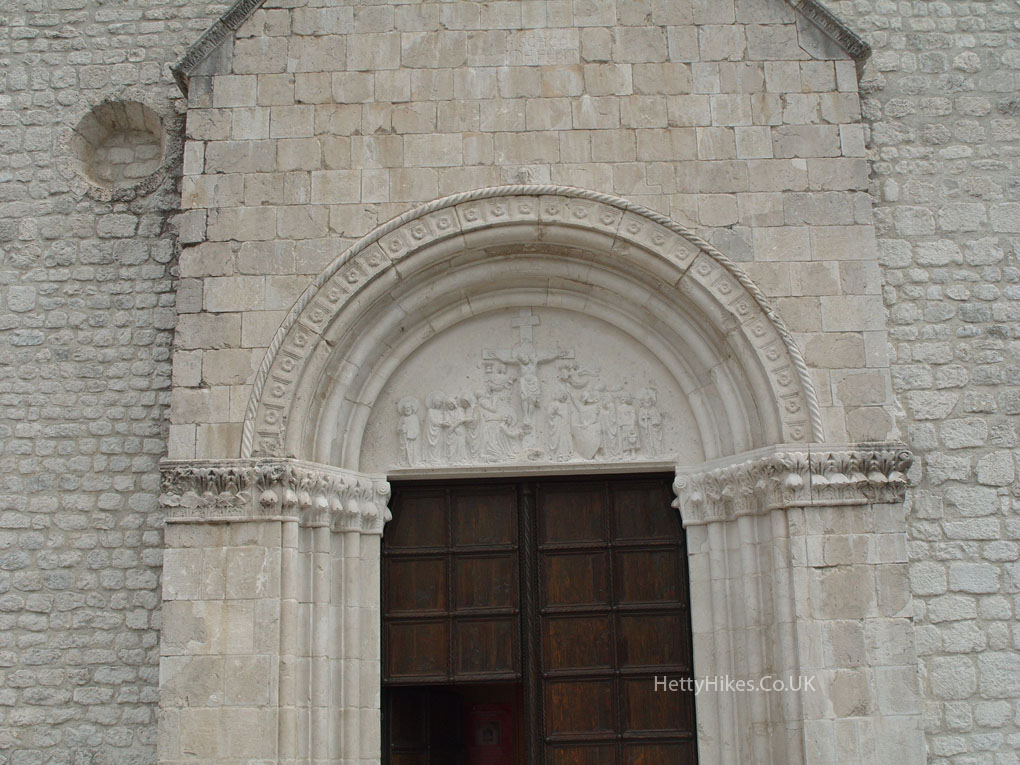 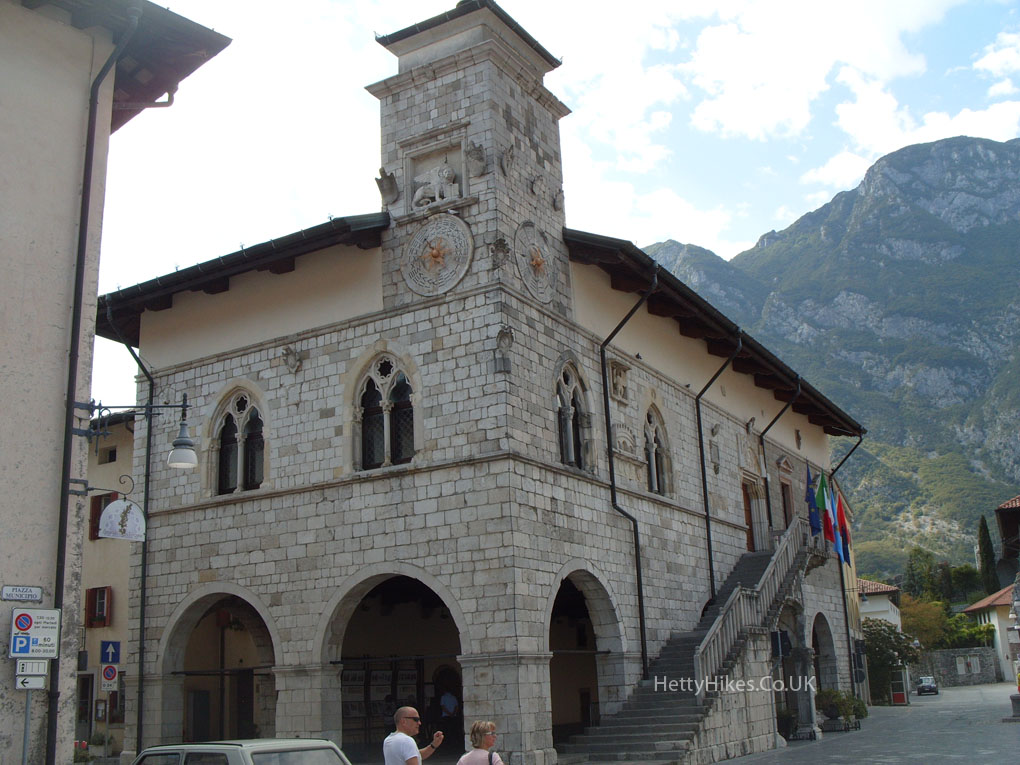 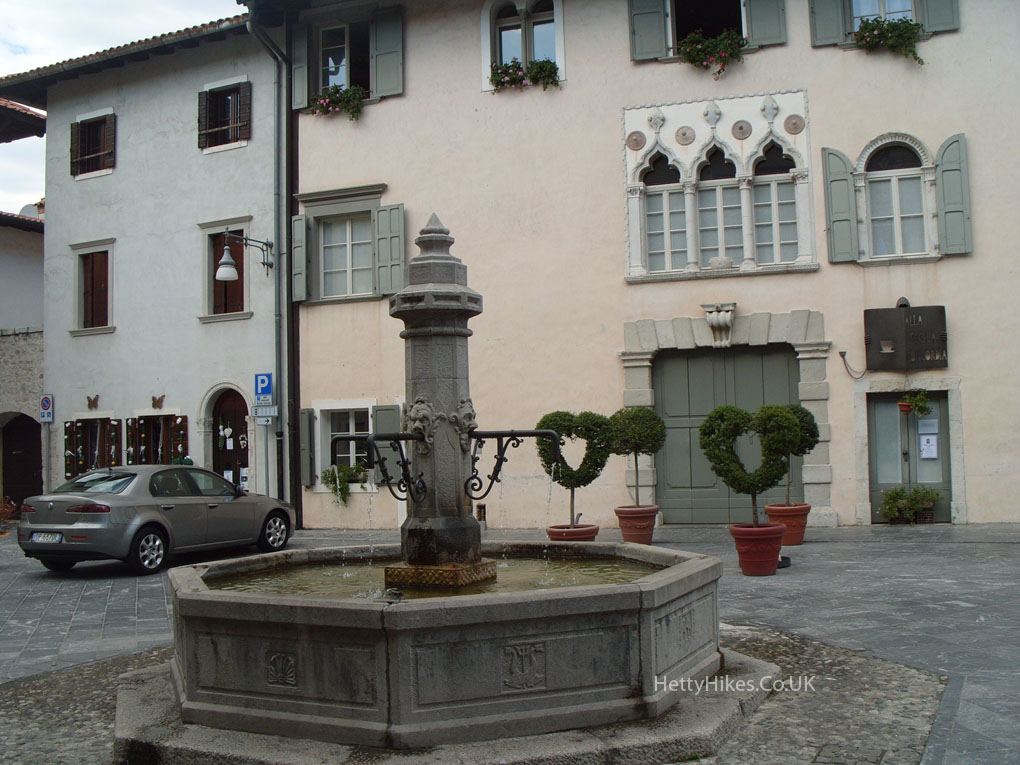 There are several lavender shops 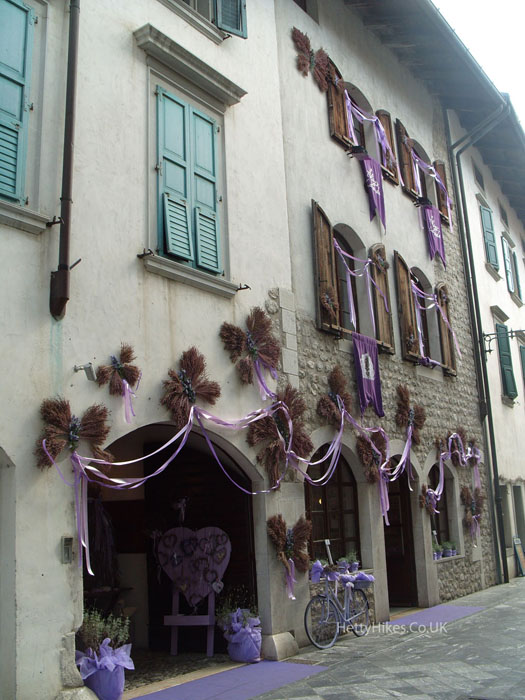 The ruins of the 14th century Chiesa di San Giovanni Battista (“Church of St. John the Baptist”), has been left as a reminder of the earthquakes We arrived at lunchtime and it was very quiet, but at 3pm the town came to life.