This is a walk in the valley of the young River Frome, which begins near Brimpsfield,turns a corner near Sapperton and flows through Stroud.

We started by Sapperton village hall 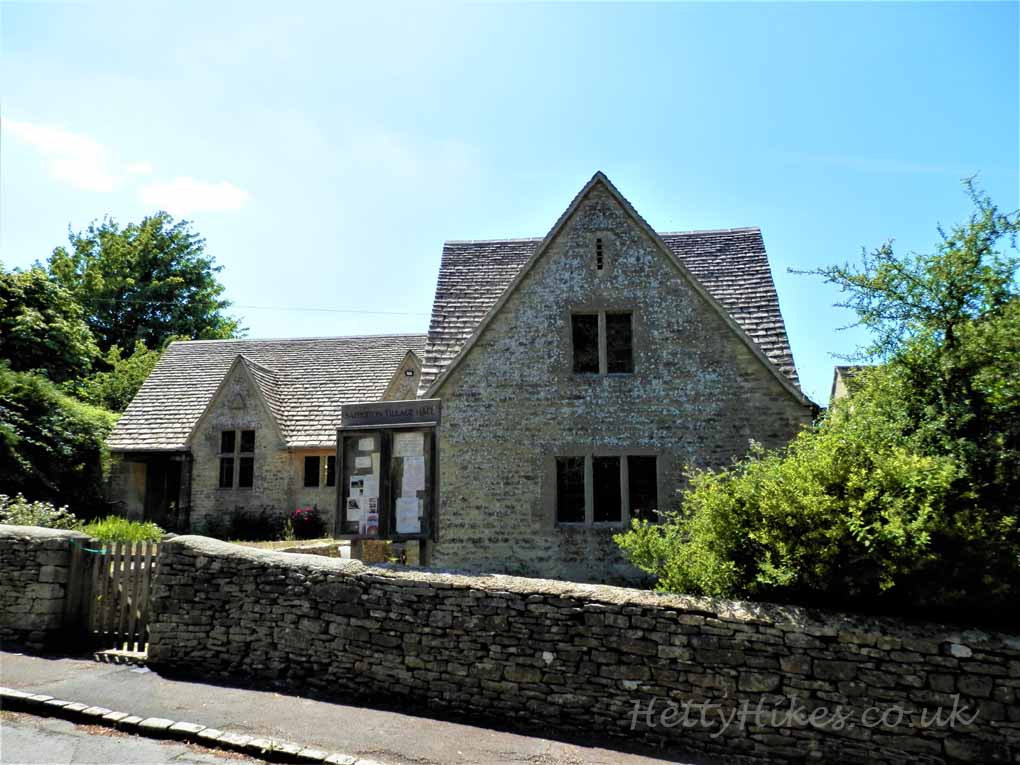 We followed the Macmillan Way

The sheep needs a haircut 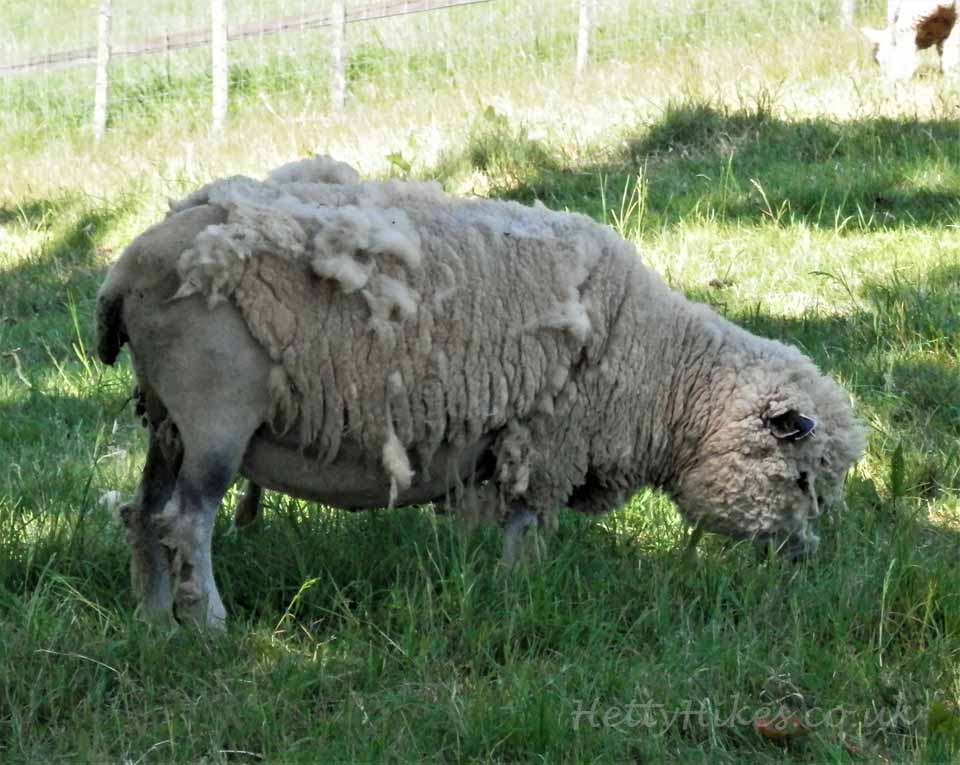 There is a thatched barn, next to the house – unusual in the Cotswolds 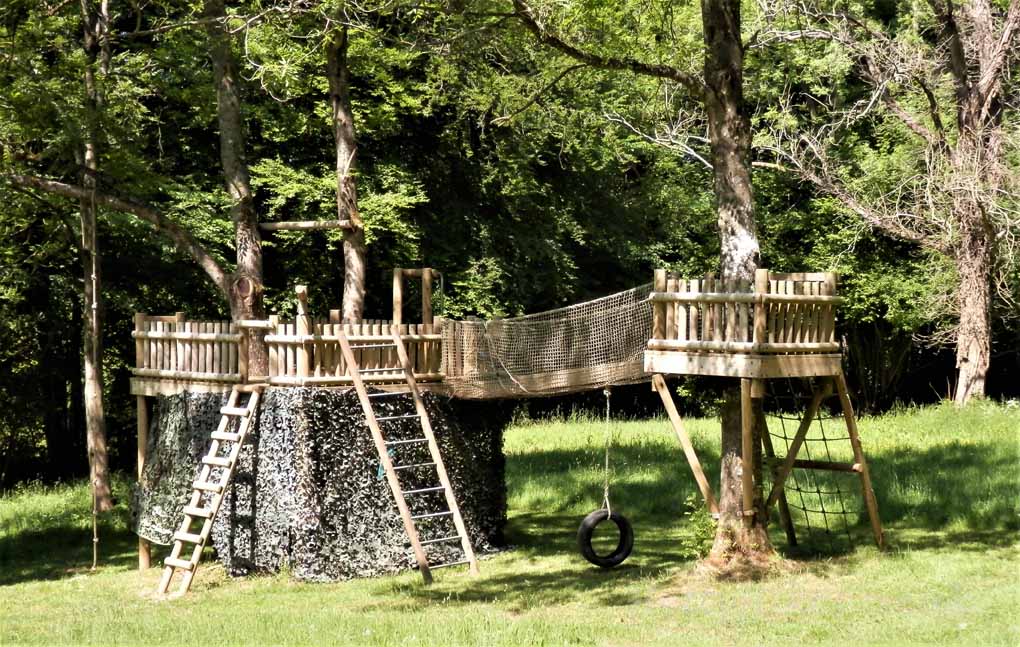 This was the ancient route from Bisley to Cirencester via Park Corner – before the toll roads were made. This was once the route from Stroud to London

We are heading towards Pinbury Park 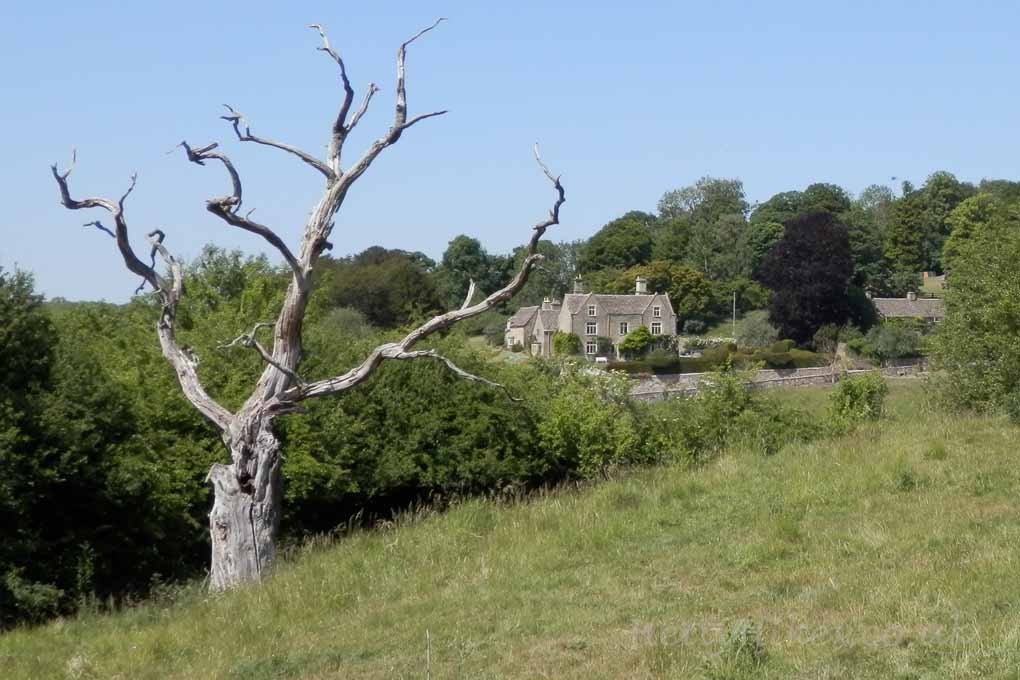 We will walk to the right, turn left at the pond and walk from right to left along the stone wall 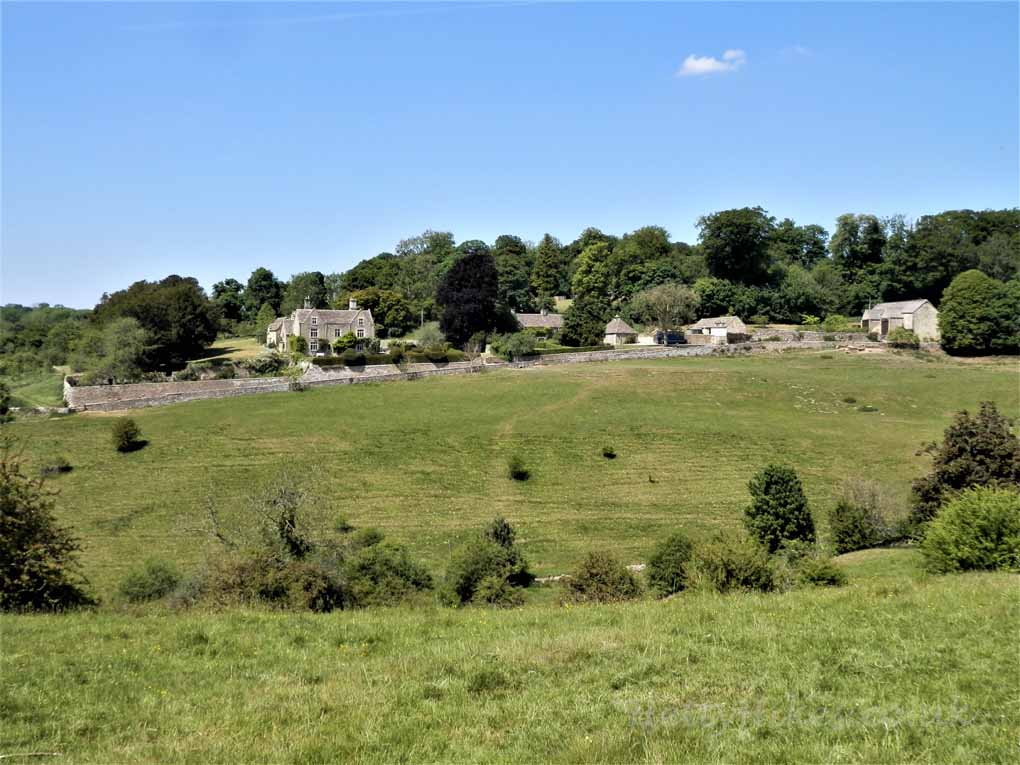 View from Pinbury Park over the Frome Valley, where we came from 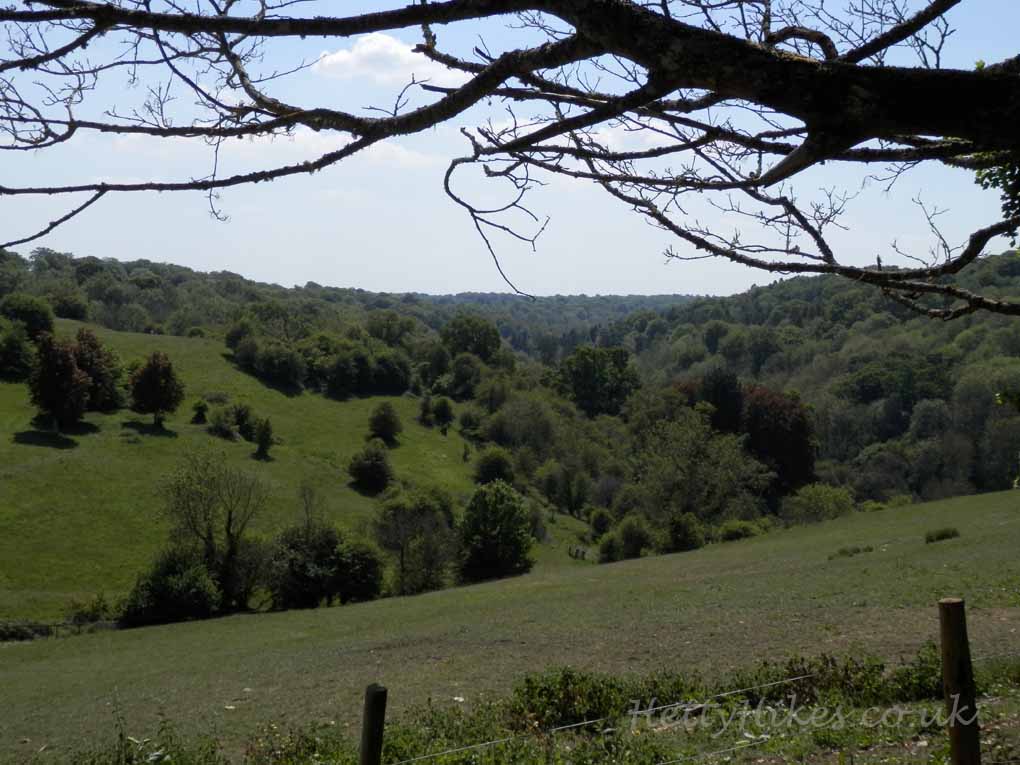 To get on your horse at Pinbury Park 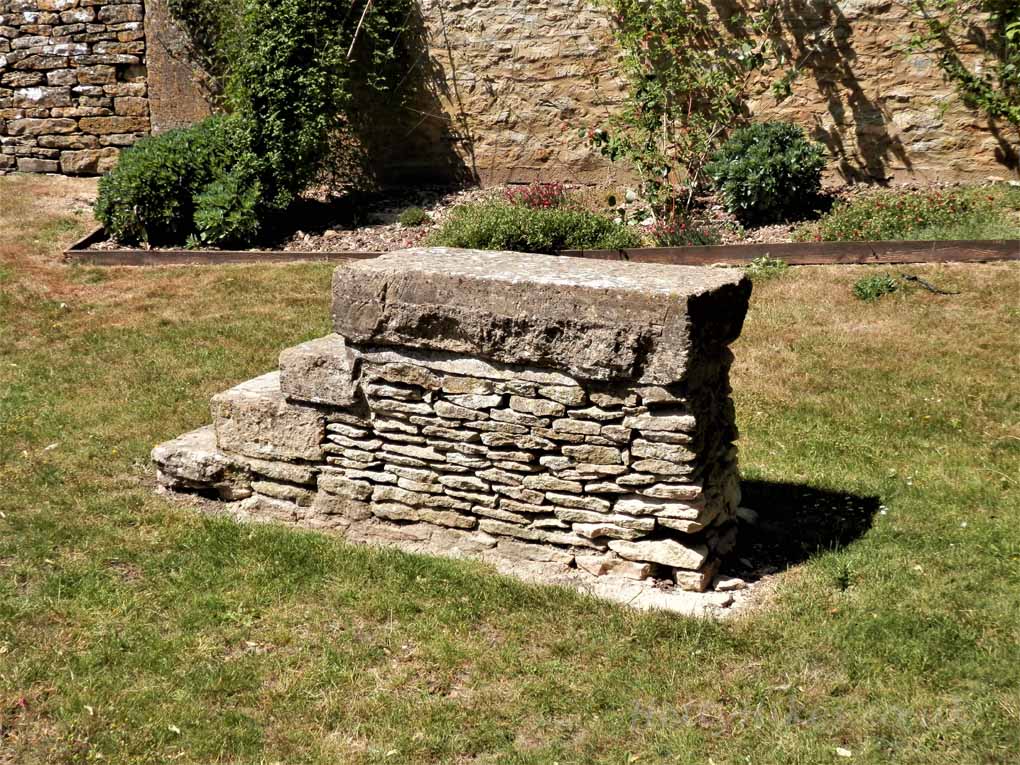 Pinbury Park was owned by a monastery, until the Dissolution. The house probably was built in the late 1500s. Later it was owned by the Atkyns family until 1788. After years of neglect the house was just a farmhouse, which the Barnsley brothers and Ernest Grimson leased in 1892. They were leading members of the Arts and Crafts movement, who extended the house and redesigned the garden.

A ford in the River Frome, fortunately there is a foot bridge too 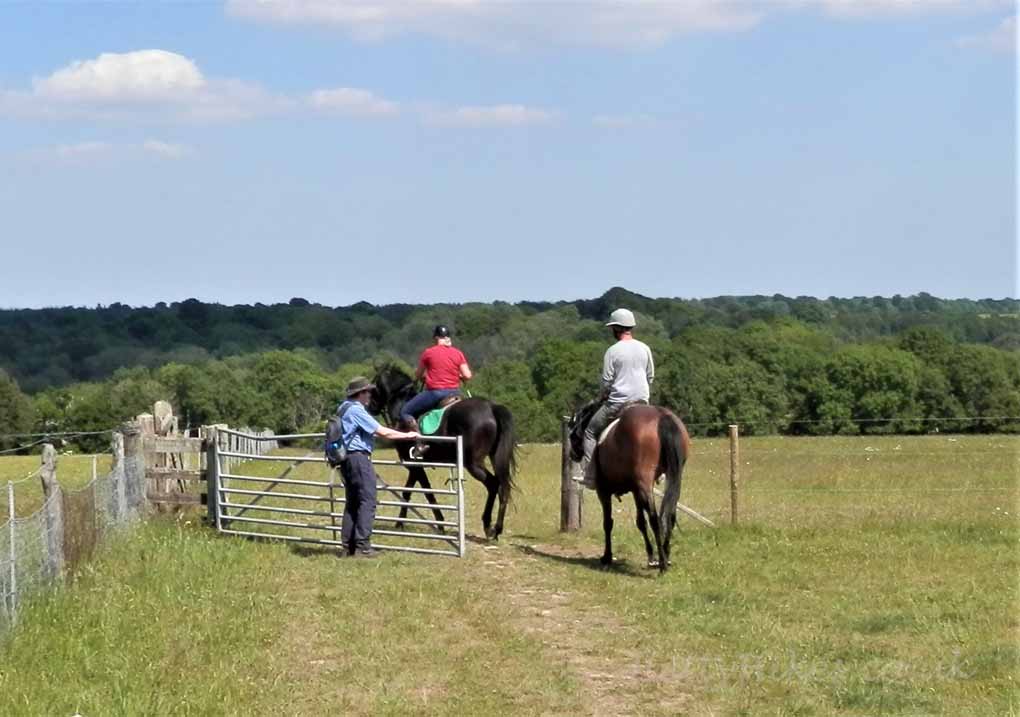 Down through the woods on the steep, ancient Bisley to Cirencester track At the bottom was a ford in the River Frome, at The Gulf Then we followed the small river towards Sapperton, passing the sites of two corn mills, and back up to the church 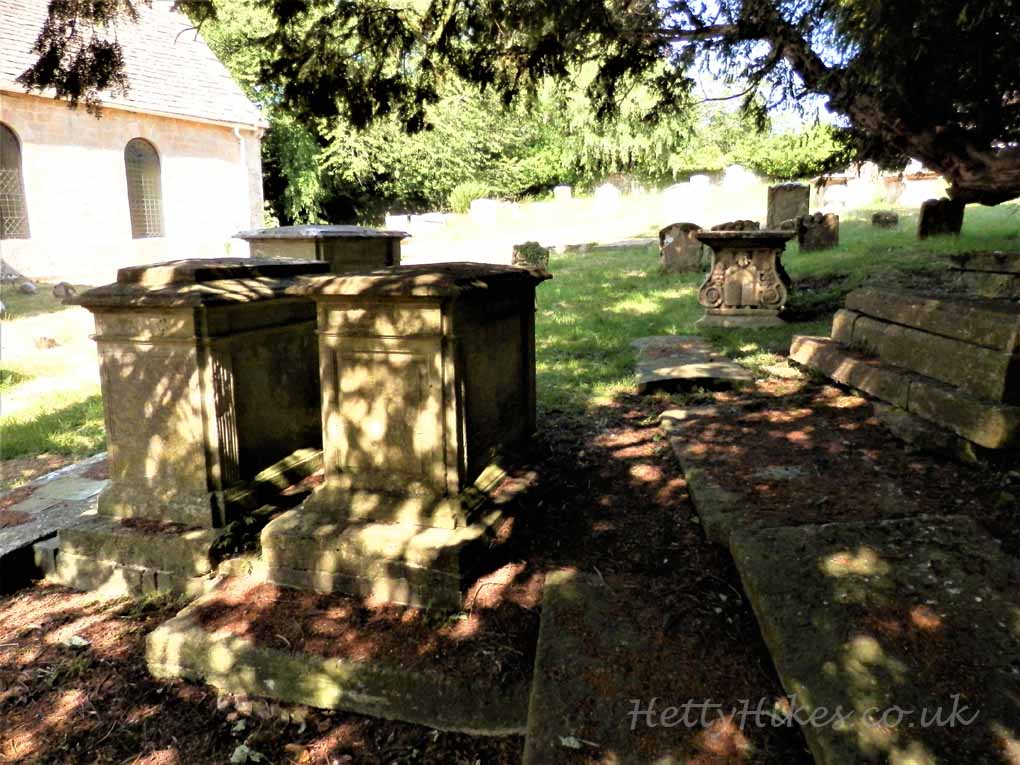 Inside St Kenelm’s Church, Sapperton – which was rebuilt in the 13th and 14th centuries

Memorial to Sir Robert Atkyns (died 1711) who lived at Pinbury Park, the author of ‘The Ancient and Present State of Gloucestershire’, the first printed history of the county. Memorial to Sir Henry Poole (died 1616) and his wife, surrounded by their children 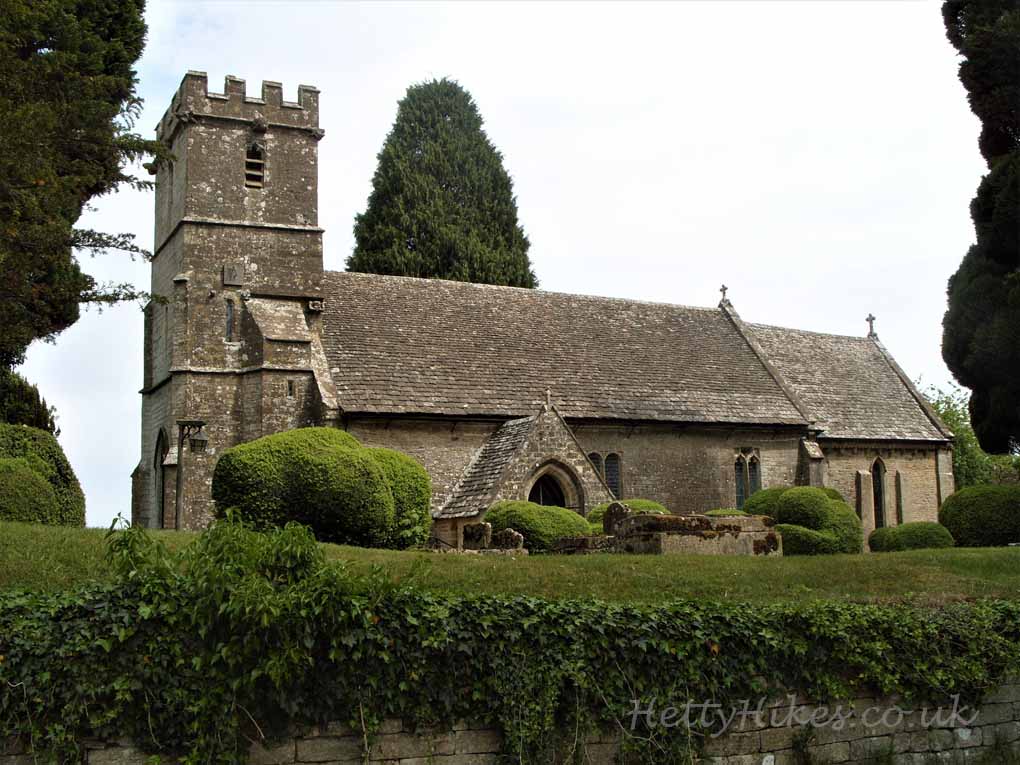 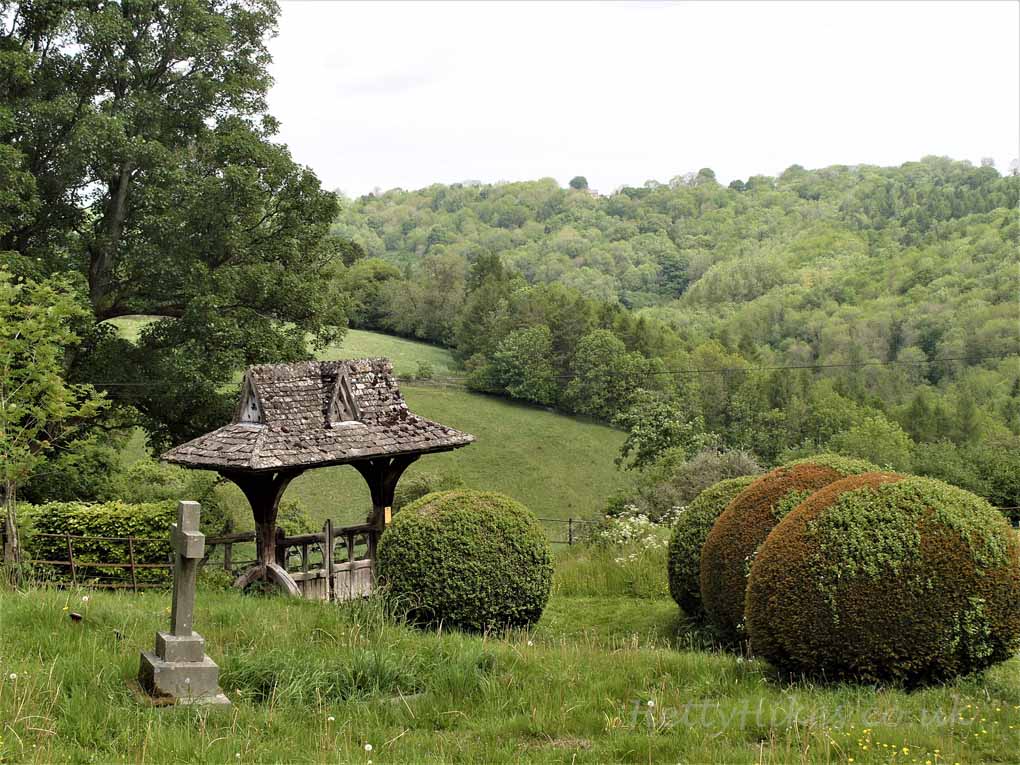 Edgeworth Manor in the trees the canal disappears into Sapperton Tunnel