Wallingford was the largest Saxon fortified town in England and still has Saxon ramparts from the 9th century. It’s Royal Mint produced coins from the 10th to the 13th century.

The bridge over the River Thames was rebuilt and widened after a great flood in 1809, but was recorded in 1141. It has 19 arches. 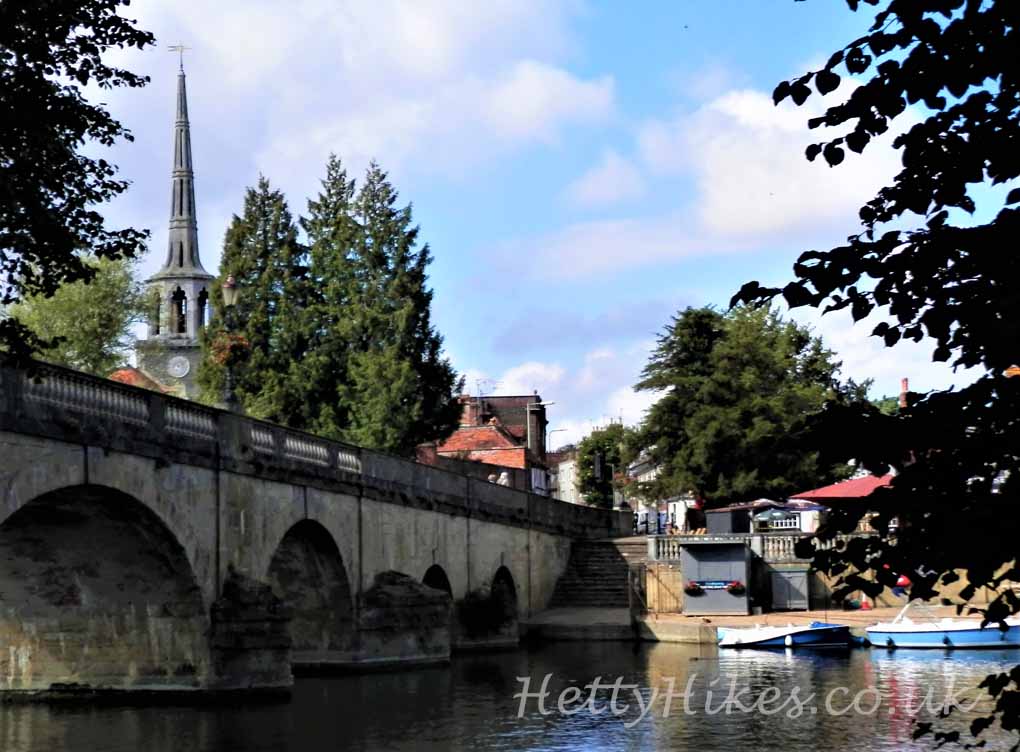 William the Conqueror came here in 1066 to cross the Thames and ordered the building of the castle. It occupied a quarter of the Saxon town. It fell into decay in the 15th century and building materials were taken to be used at Windsor Castle. It was refortified in the Civil War, but Oliver Cromwell ordered destruction of the defences afterwards. 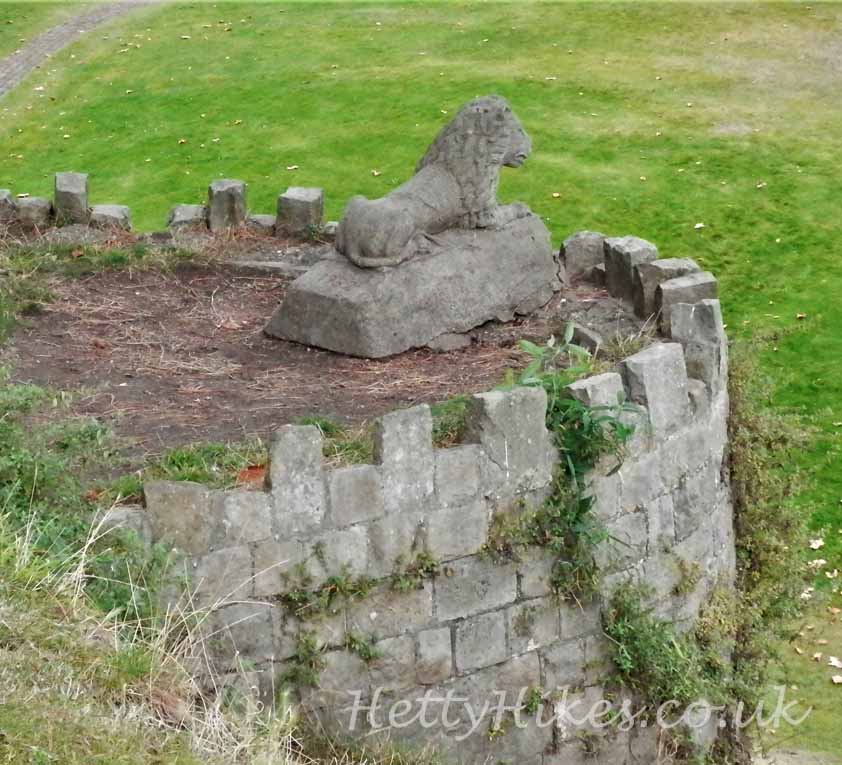 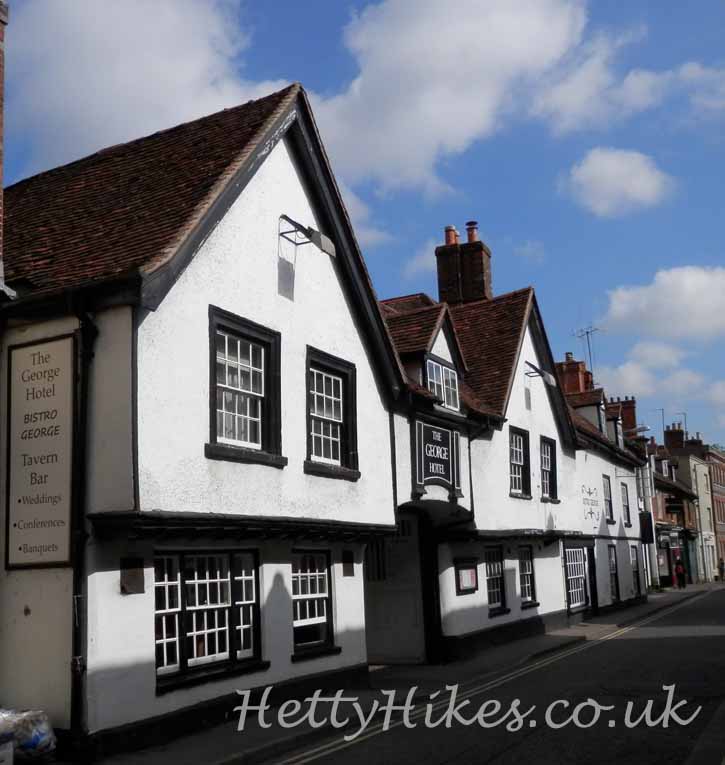 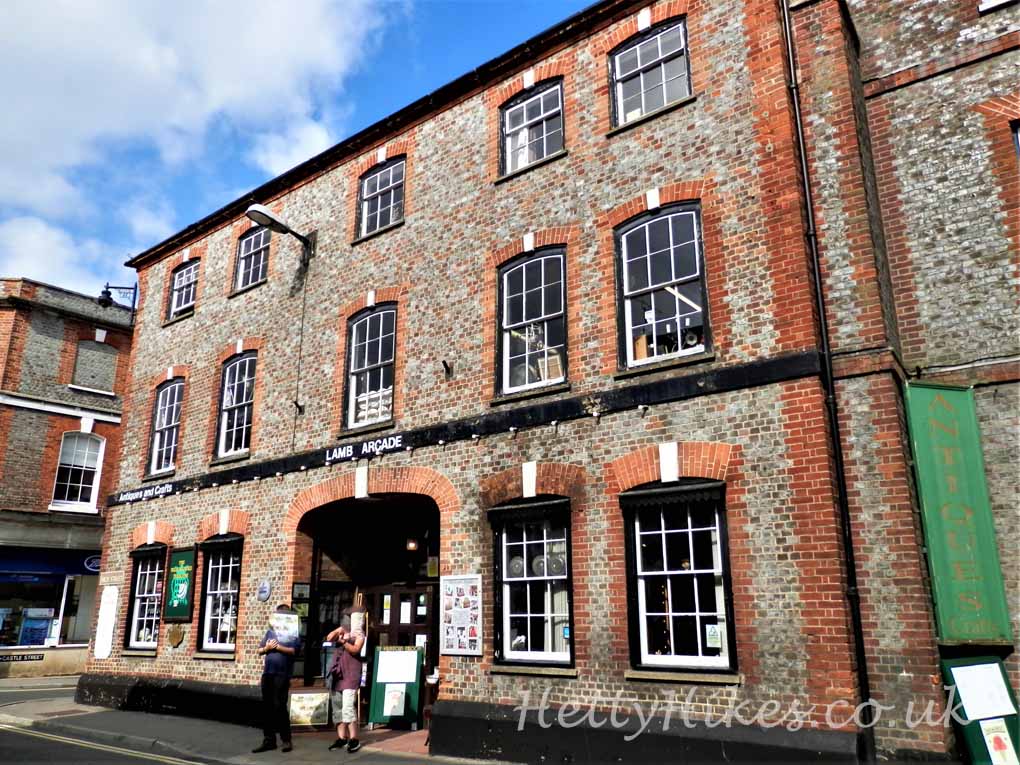 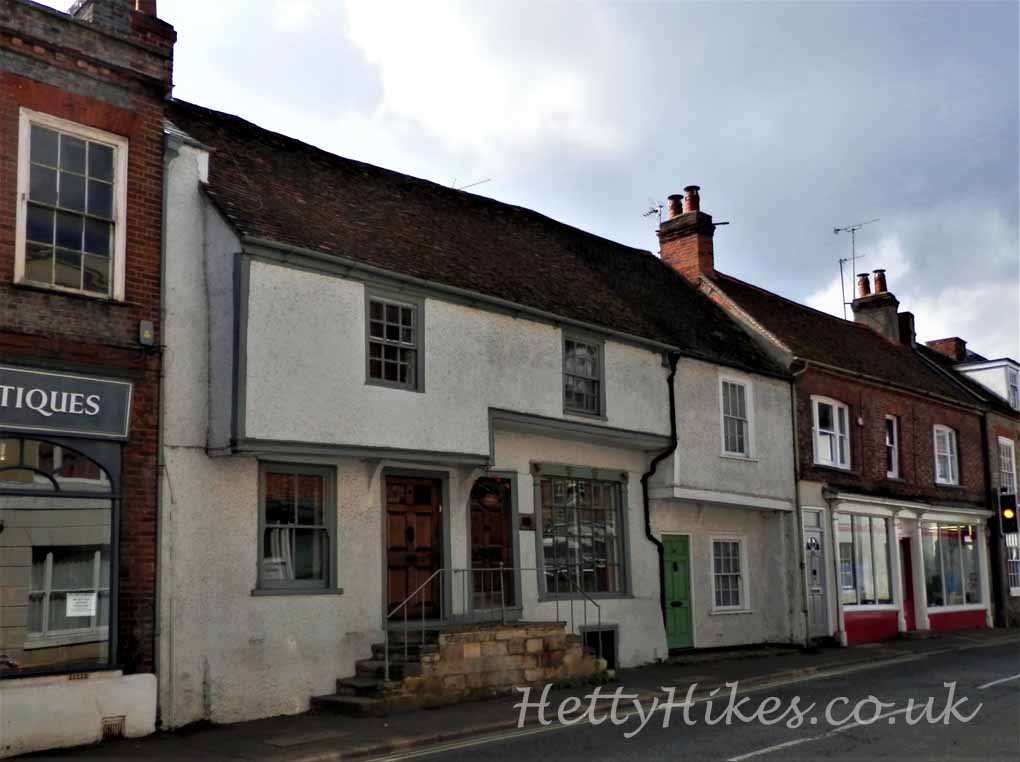 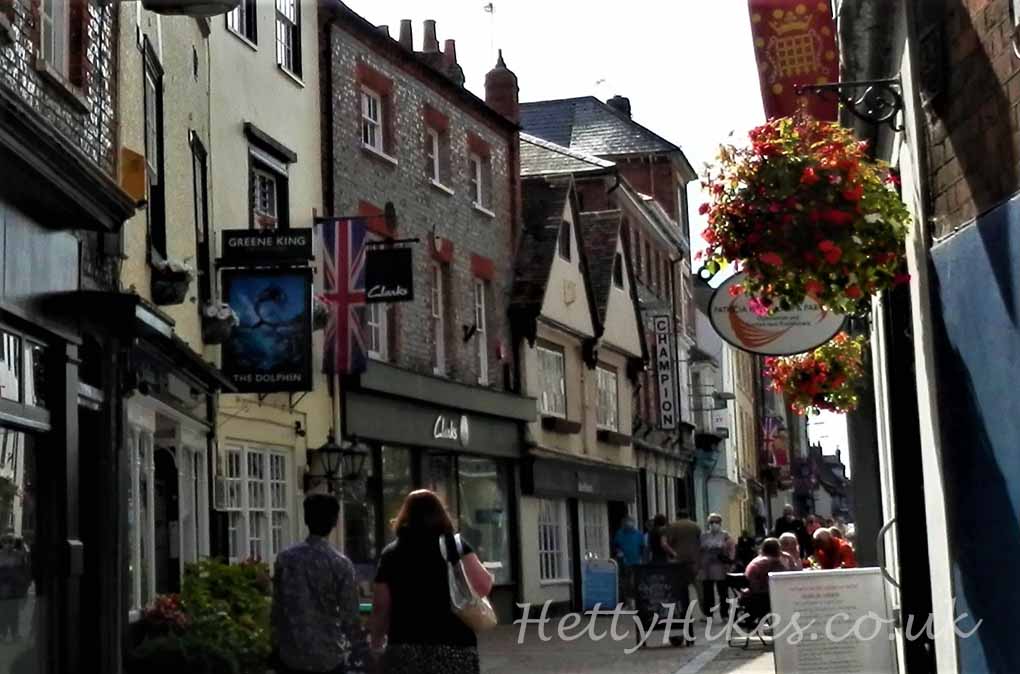 The Market Place has been the centre of the town since Saxon times. Several buildings have Venetian windows, copying the Town Hall. The drinking fountain was donated in 1885. The Corn Exchange, 1856, has a red door and is right of the Bank; it is now a theatre 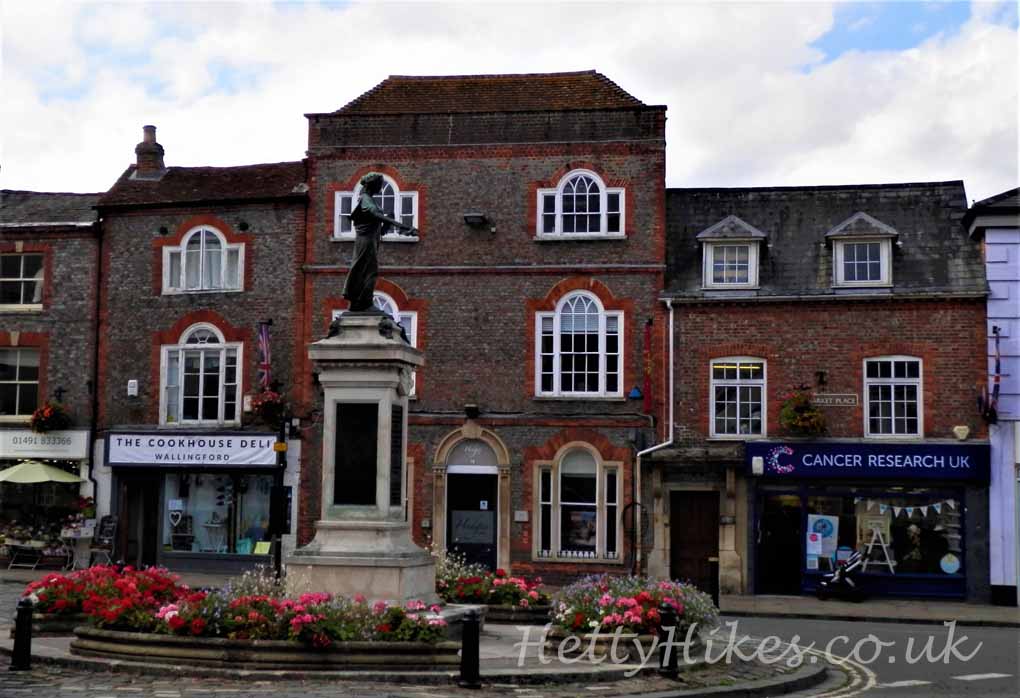 The Town Hall, built in 1670, is timber-framed with stucco, so designed to look like stone. The church tower was built in 1653, partly using stone from the castle. 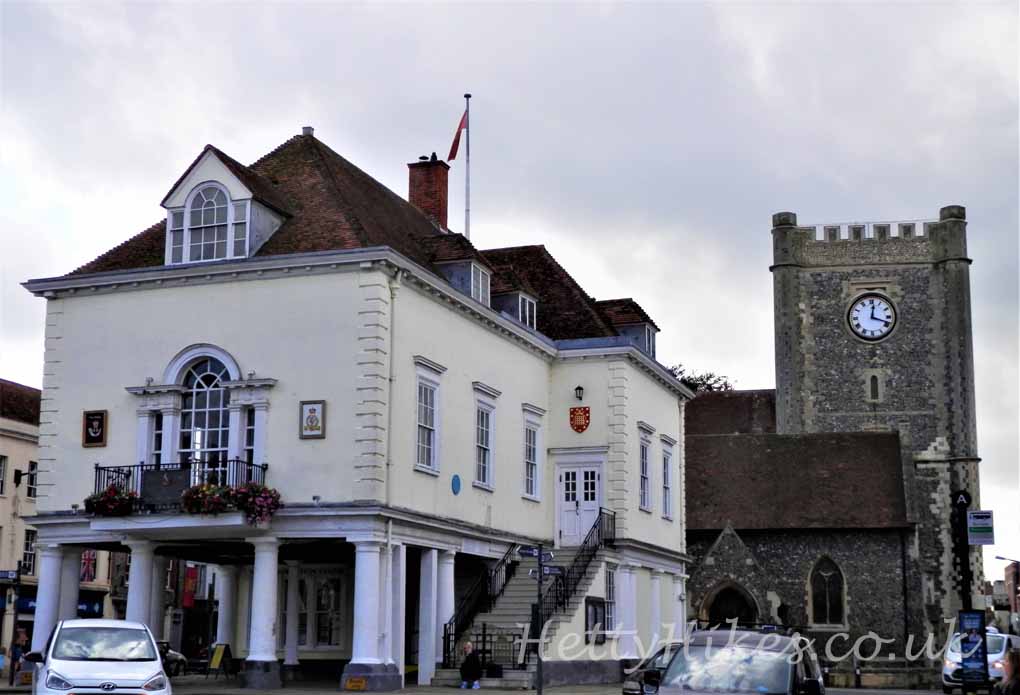 This unusual spire was added in 1777 to St Peter’s church, which was rebuilt in 1769 after being destroyed in the Civil War 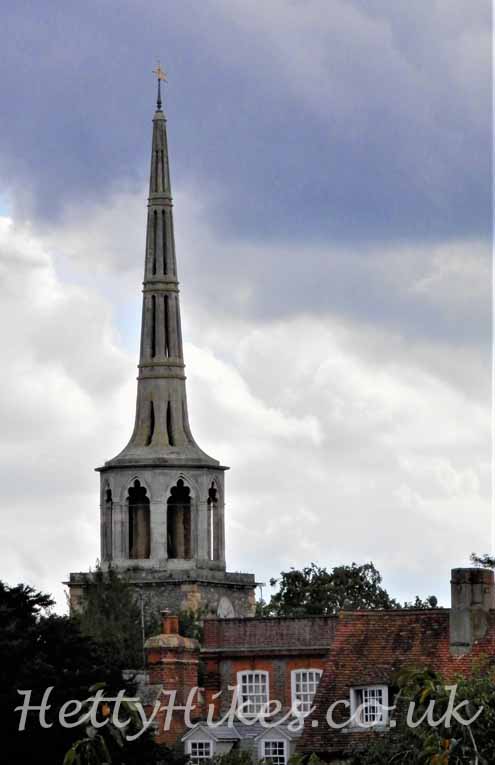 Walking along the river

and back over the bridge 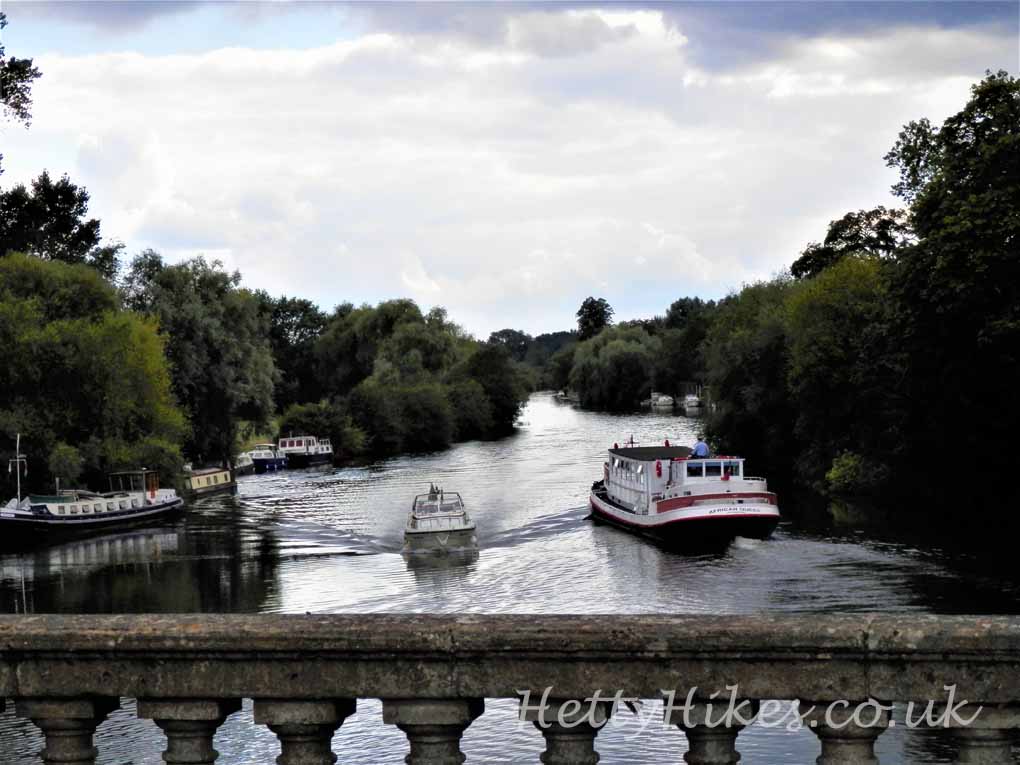