Cividale del Friuli is a small town with some interesting sights, and is easily reached from Udine by train (included in FVG card). In the 12th century it was an important market town.

Piazza Paolo Diacono is the main square, and was the site of the vegetable market. It has a fountain featuring Diana and four lion’s heads, and the tourist office is here 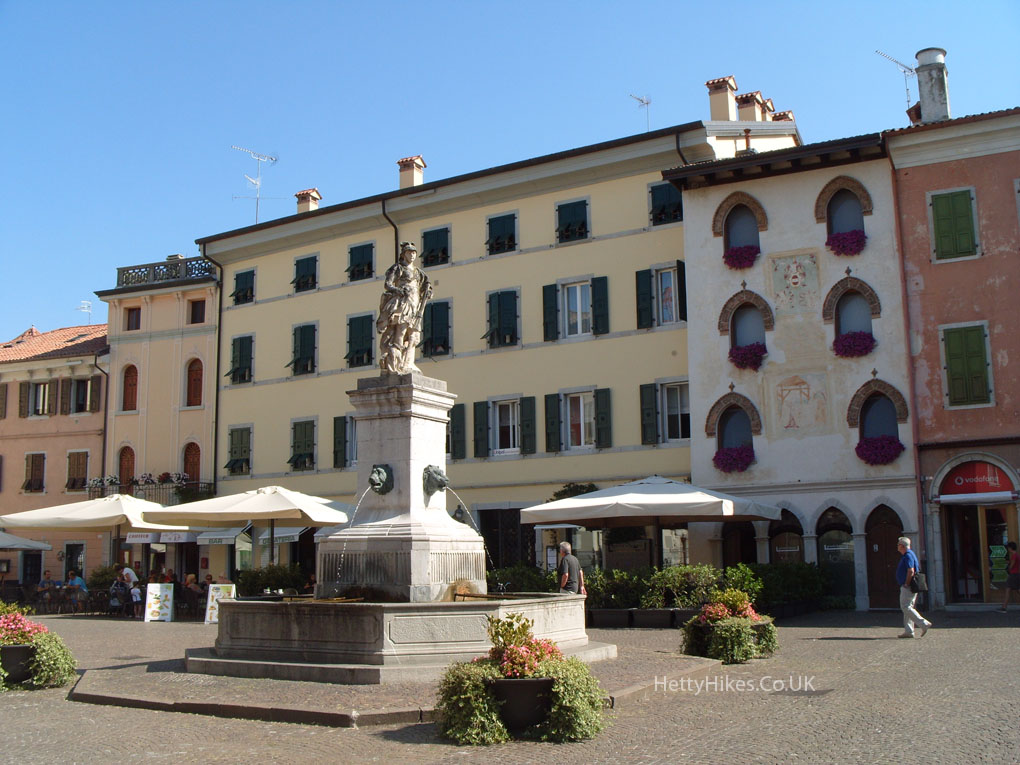 One of the fascinating sights is the Monastery of Santa Maria in Valle. First is the church San Giovanni Battista then the Lombard Temple, where you can’t take photos, but there are some here. It is a small 8th or 9th century Lombard chapel, with detailed decoration and 14th century frescoes (included in FVG card). 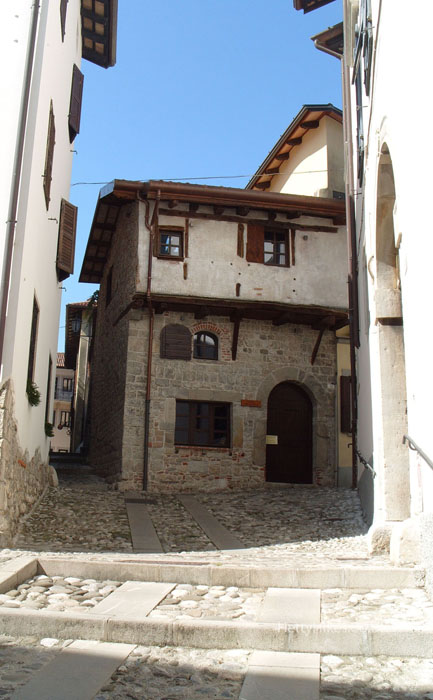 Palazzo dei Provveditori – designed by Andrea Palladio (creator of Palladian style architecture – see Vicenza), and it was completed in 1596 – contains the Museo Archeologico di Cividale. It has the skeleton of a horse, which was buried with its Longobard master. The Town Hall – 13th century with 16th century modifications – and a modern bronze statue of Julius Caesar, who founded the town. 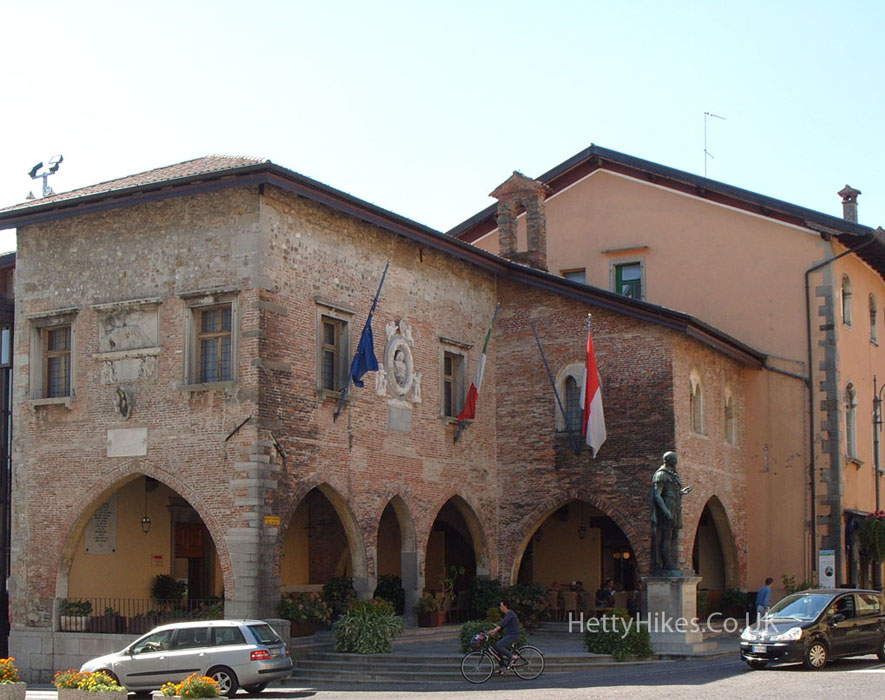 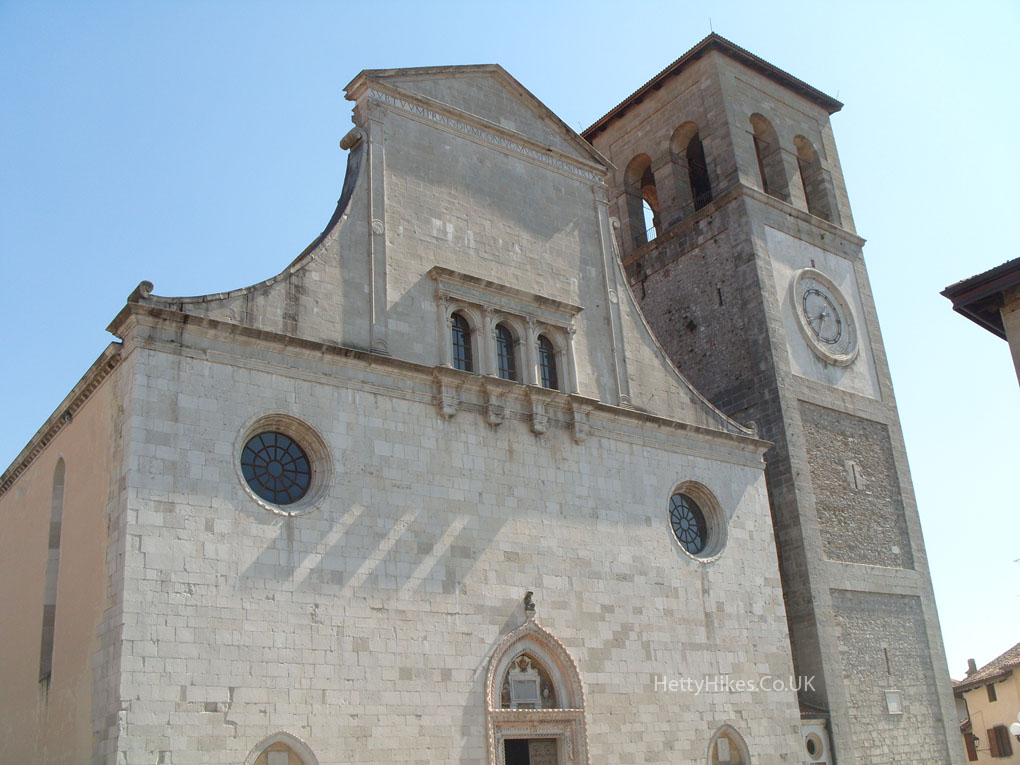 The 1457 doorway is decorated with pink and white marbles 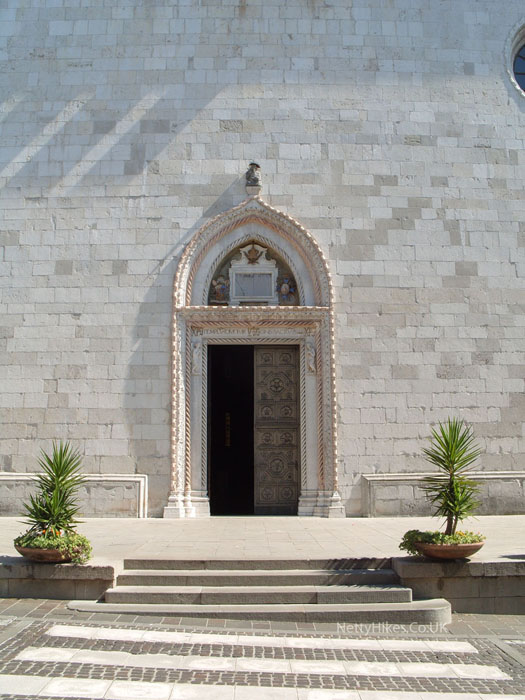 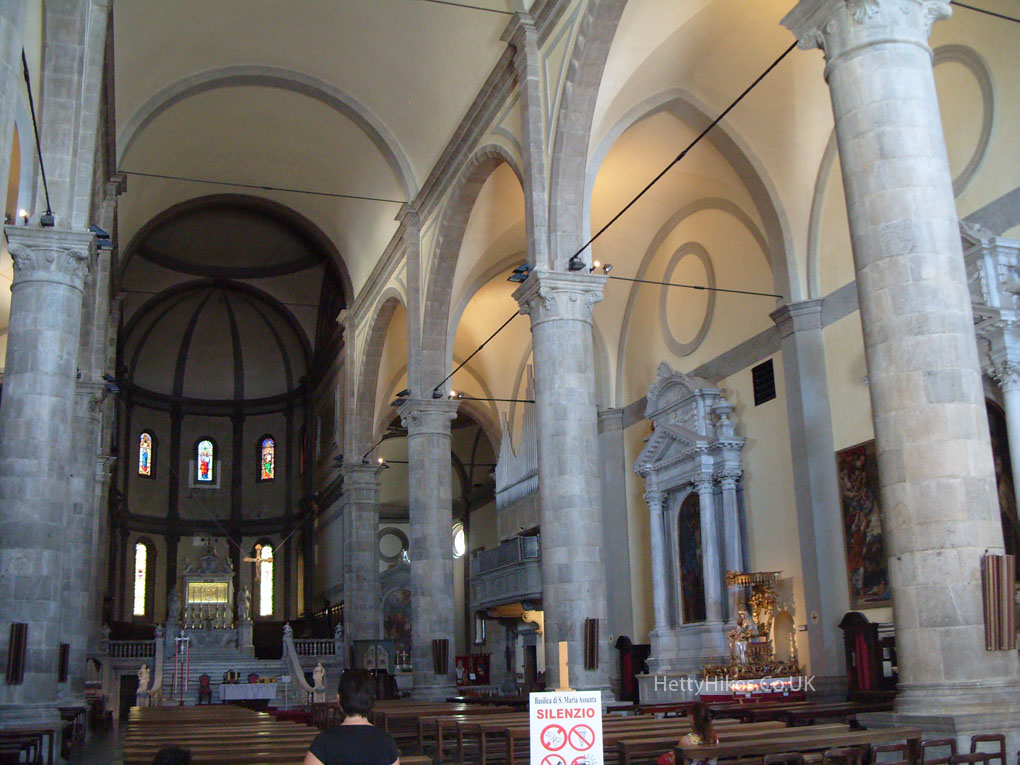 There is a fine twelfth century silver altarpiece, the Pala di Pellegrino. 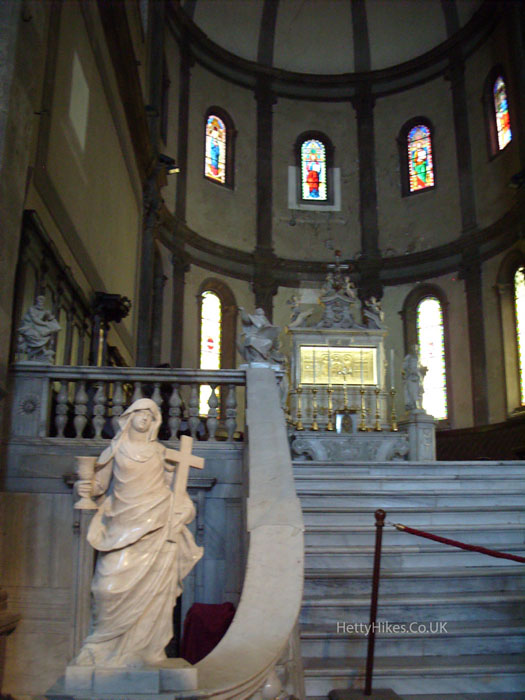 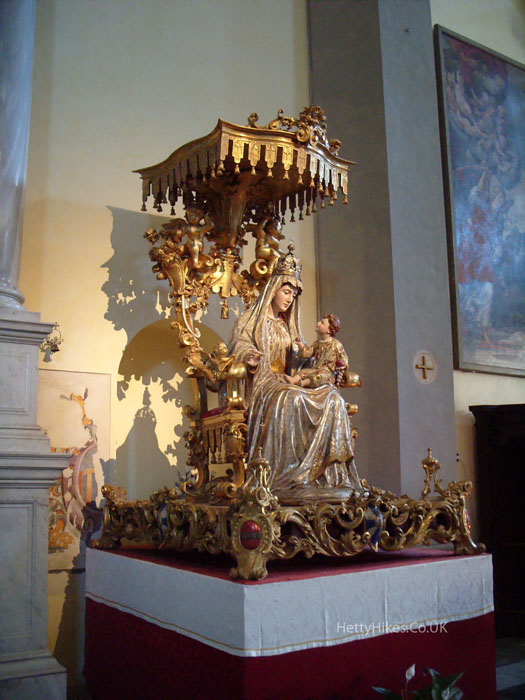 A tantalising view of the mountains from the edge of Cividale 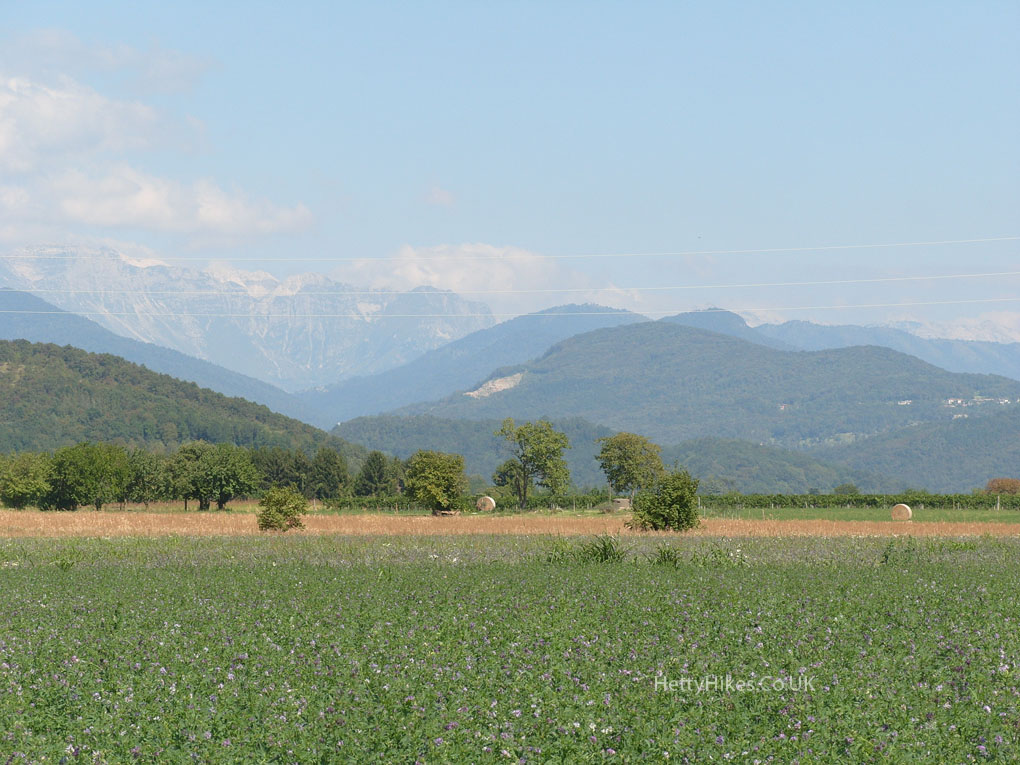 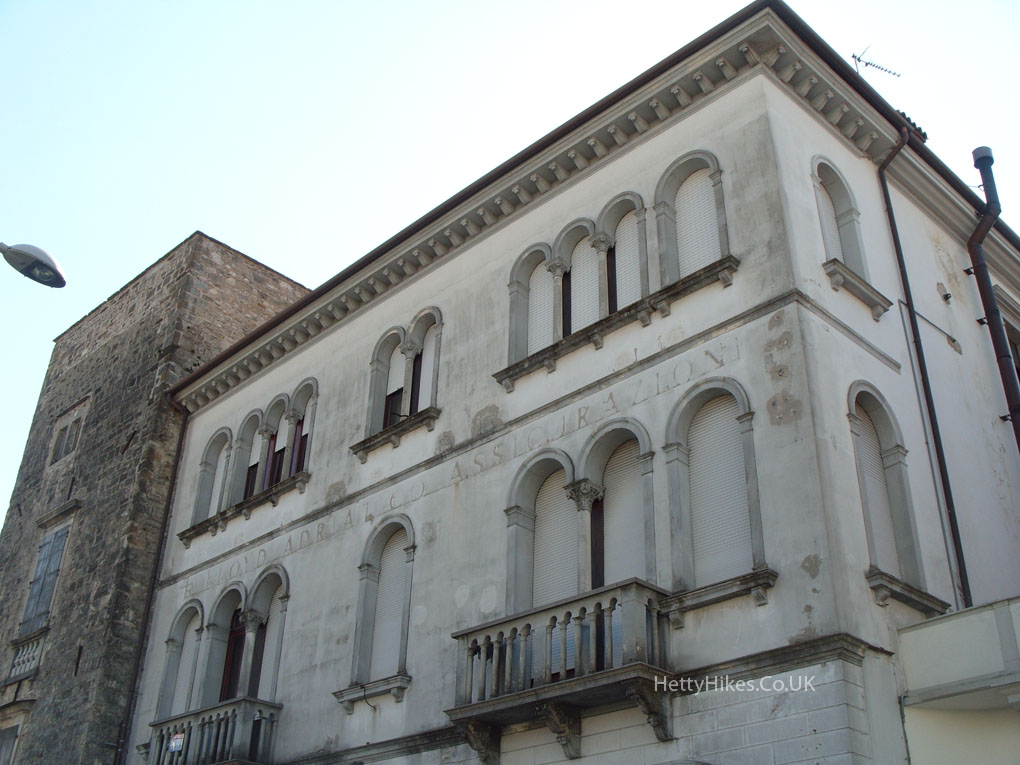 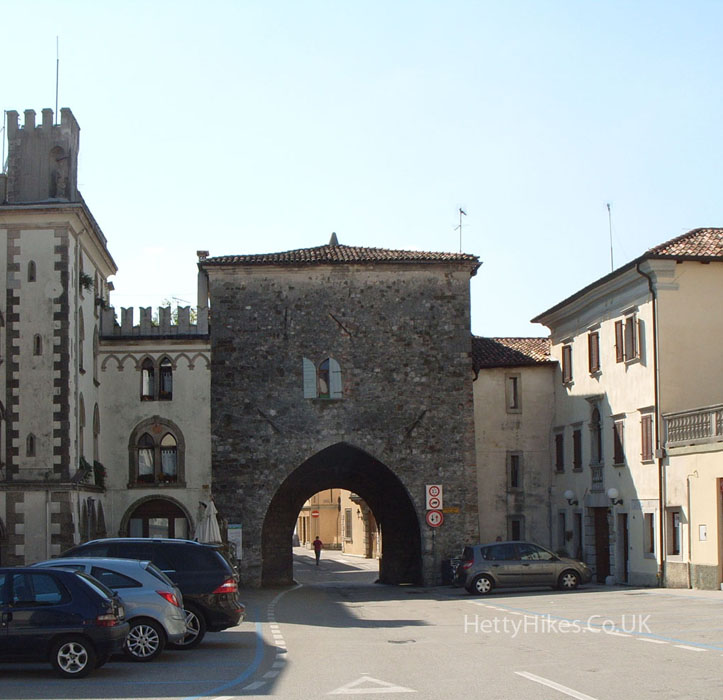 War memorial in a park