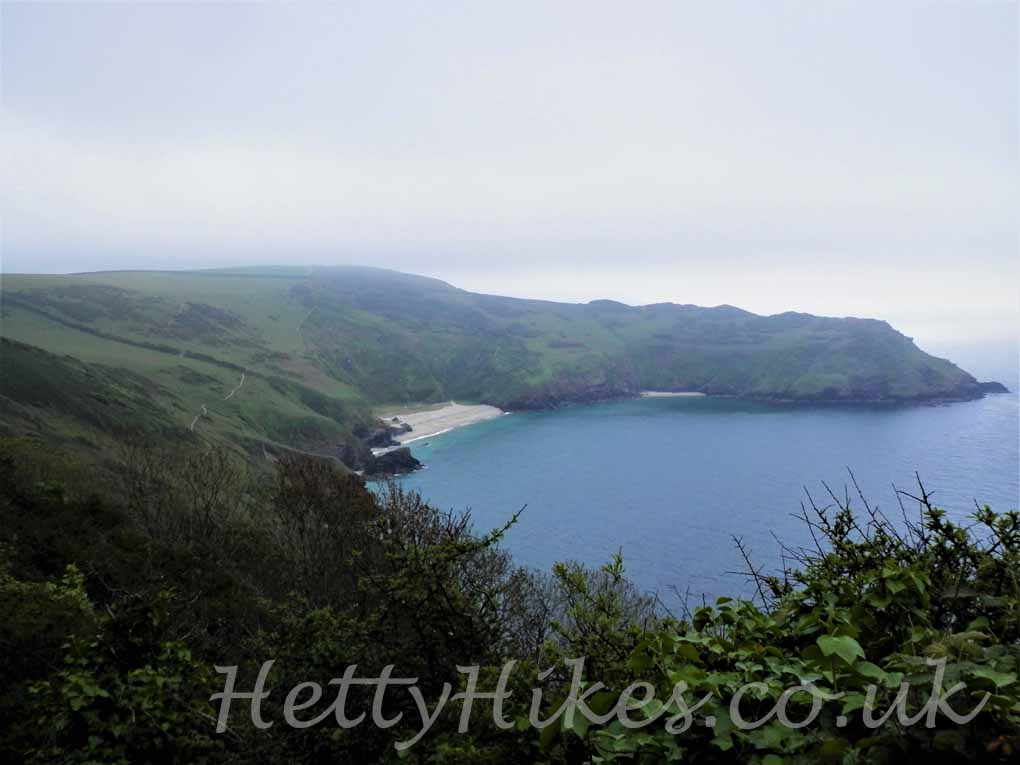 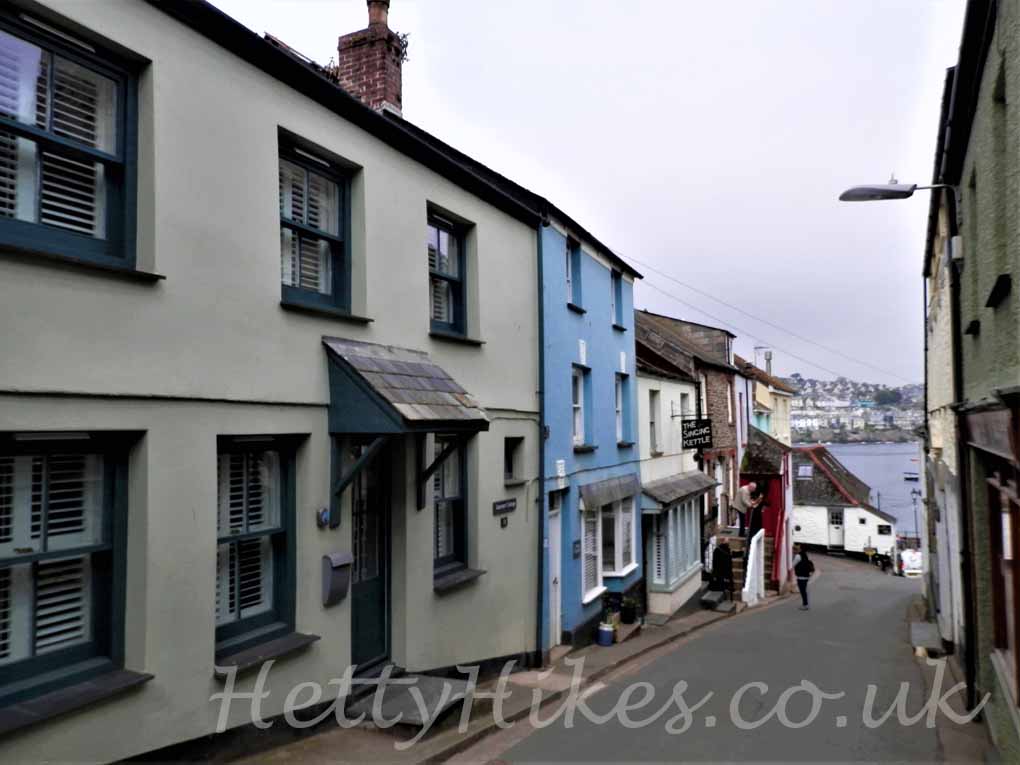 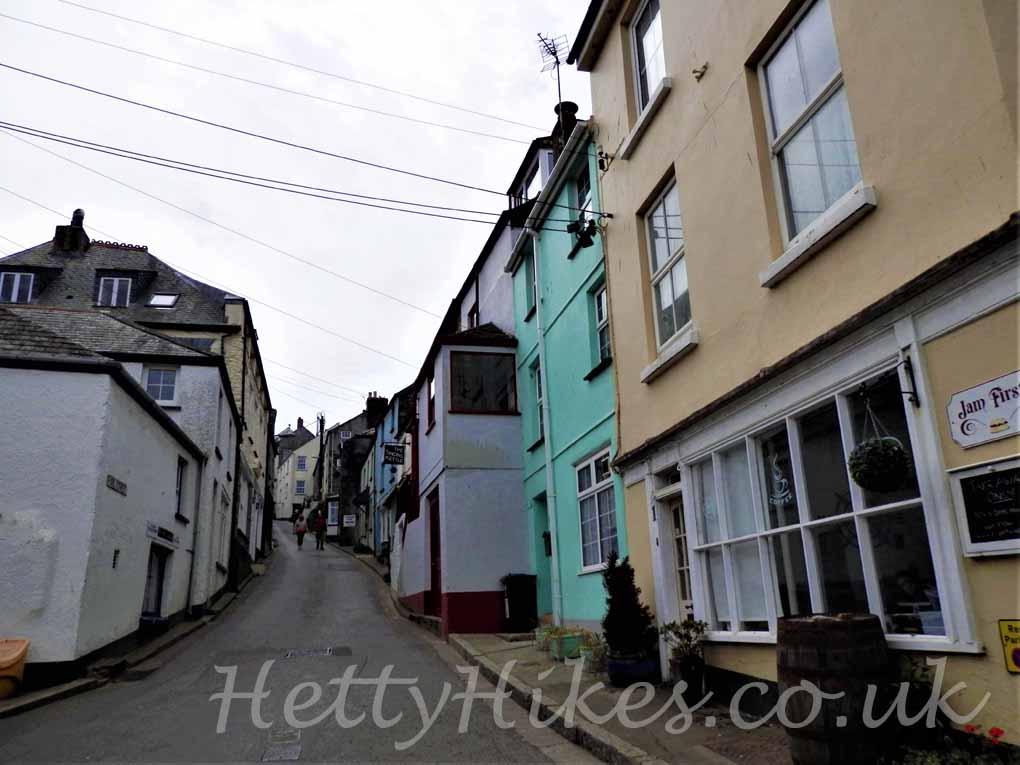 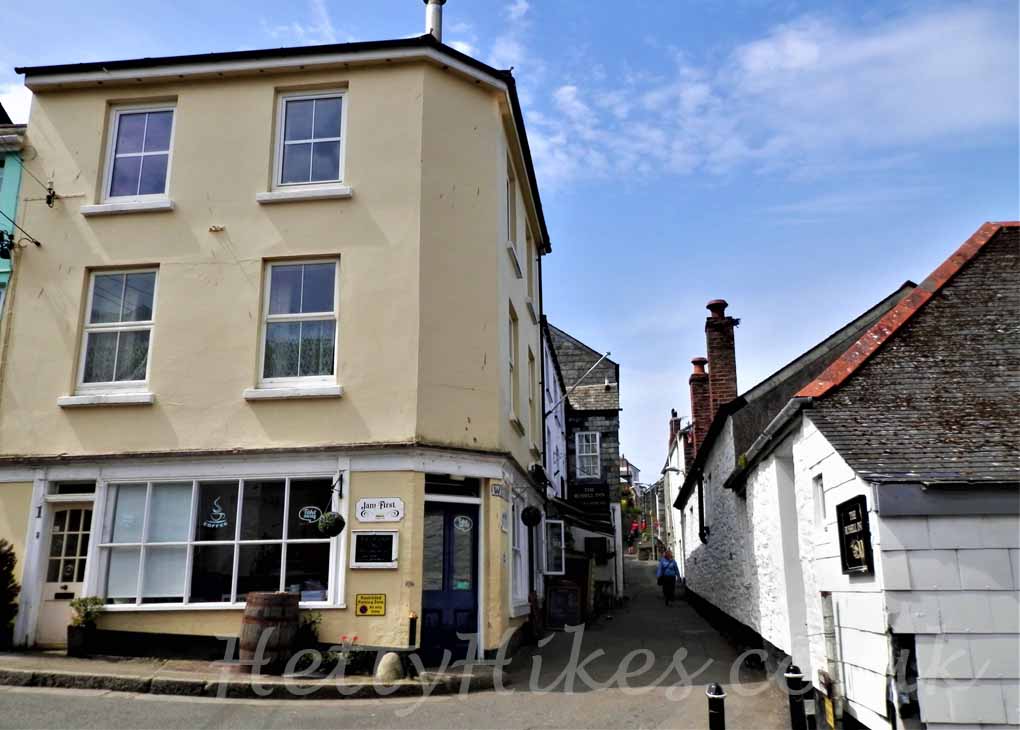 View over the River Fowey from West Street Polruan –  where Archie’s mother Bertha and father Paul lived in 1924. Bertha was widowed in 1937 and was still living in West Street in 1939. Archie was a shipwright at Devonport Dockyard in WW2 and his children were suddenly evacuated to Bertha – probaly in 1941 when Plymouth was heavily bombed. 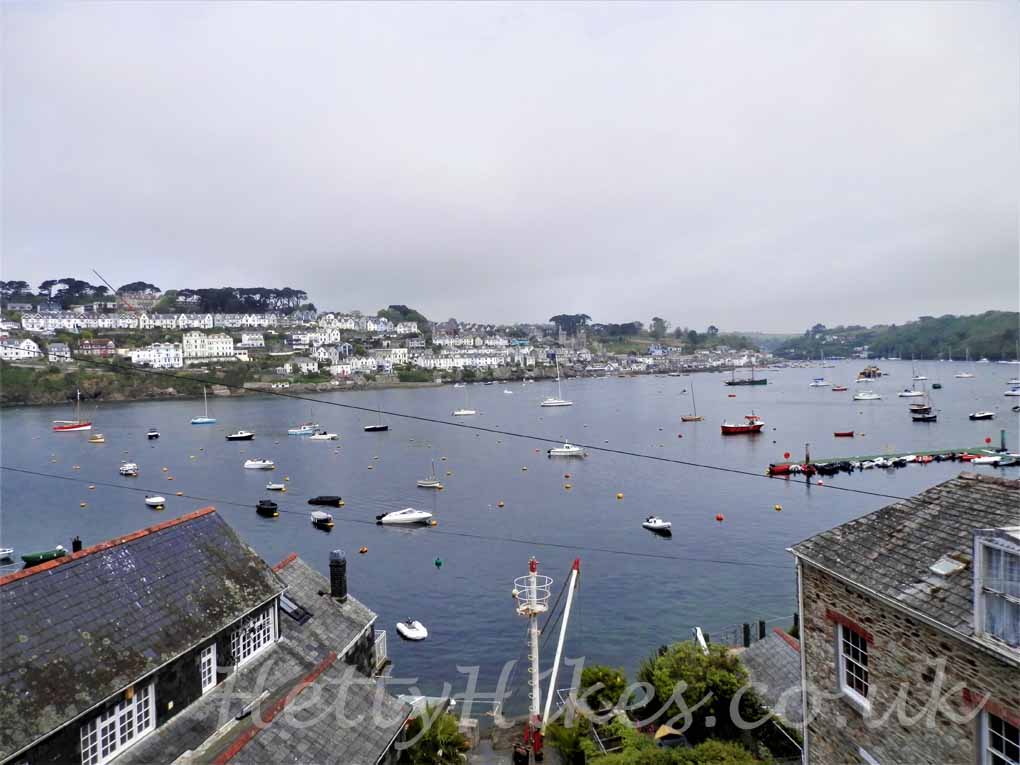 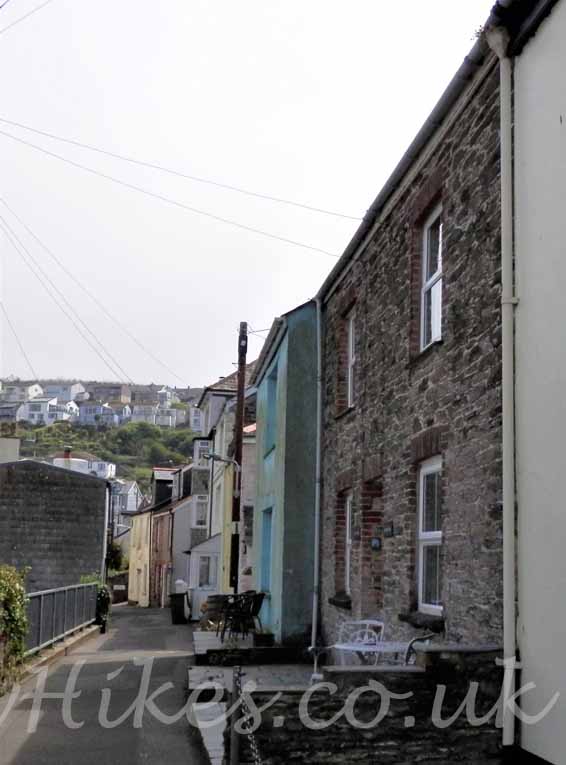 At the end of West Street is Polruan Castle The passenger ferry from Fowey has arrived at Polruan

Polruan boatyard – is this where Archie learnt to build boats? Then we followed the Hall Walk along the river, climbing higher Lanteglos-by-Fowey Parish Church is by a farm, but no village. Author Daphne Du Maurier was married here.

It has a 14th century cross outside 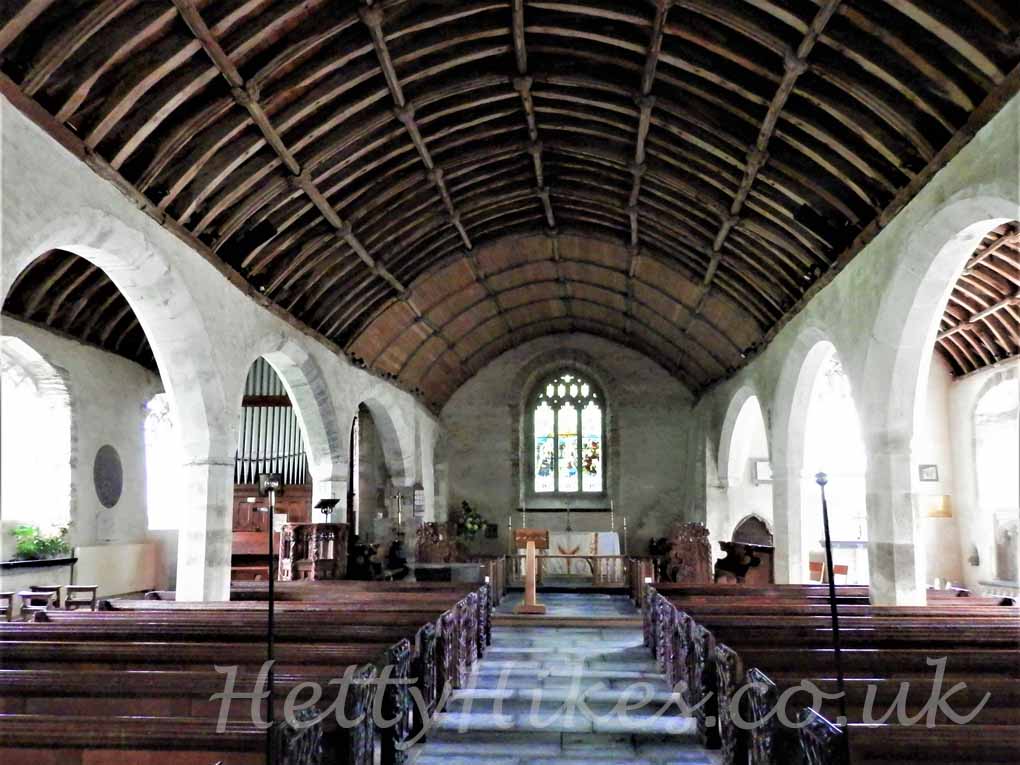 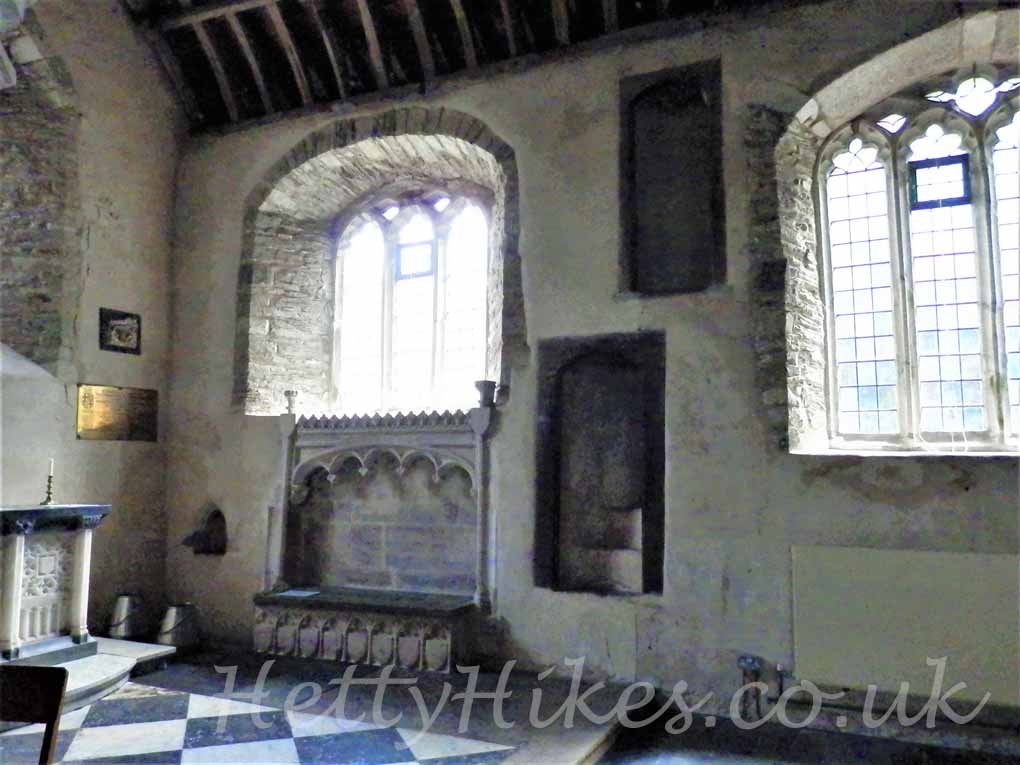 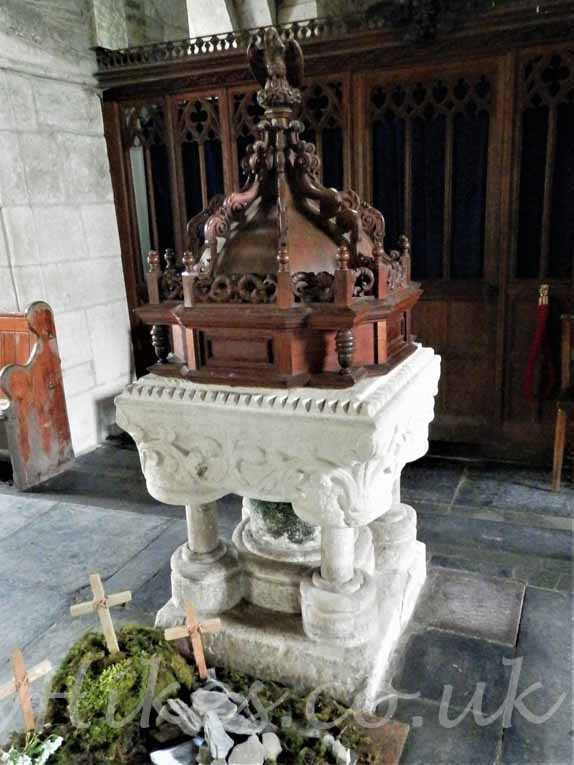