A very impressive and well preserved castle, by Portsmouth harbour.

12th-century great tower, which was increased in height in the 14th century. Extra floors were put in during the Napoleonic wars to house 1,000 prisoners. It is the best preserved keep we have seen – you can climb to the top. 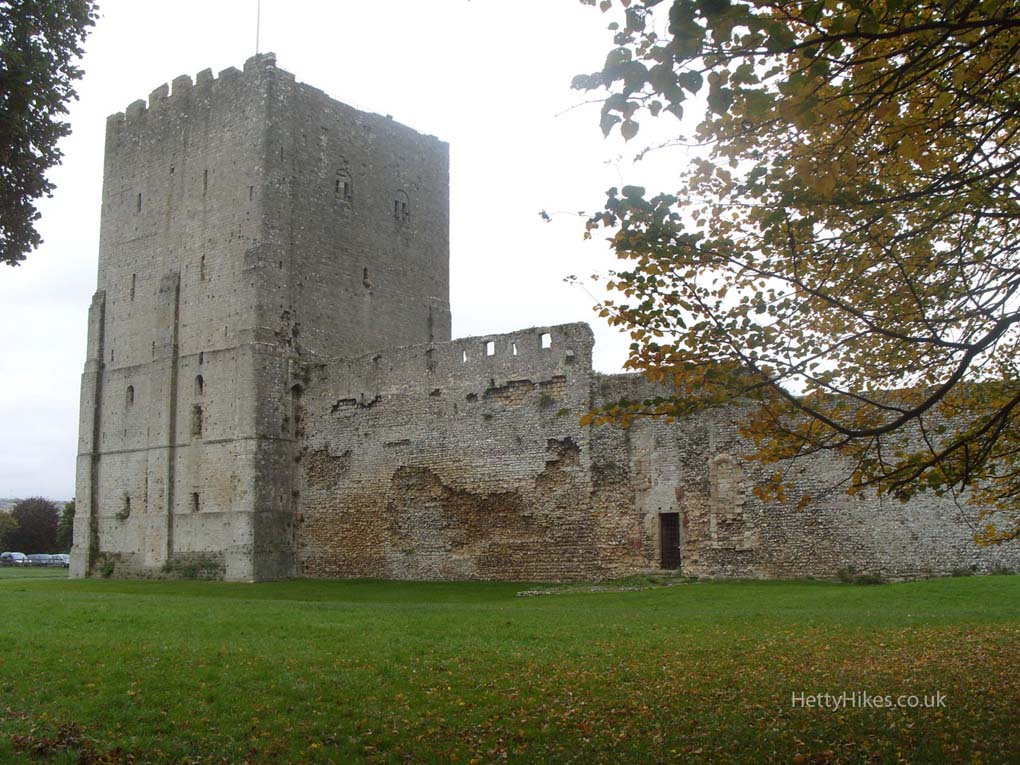 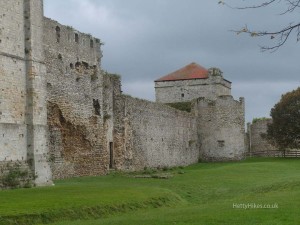 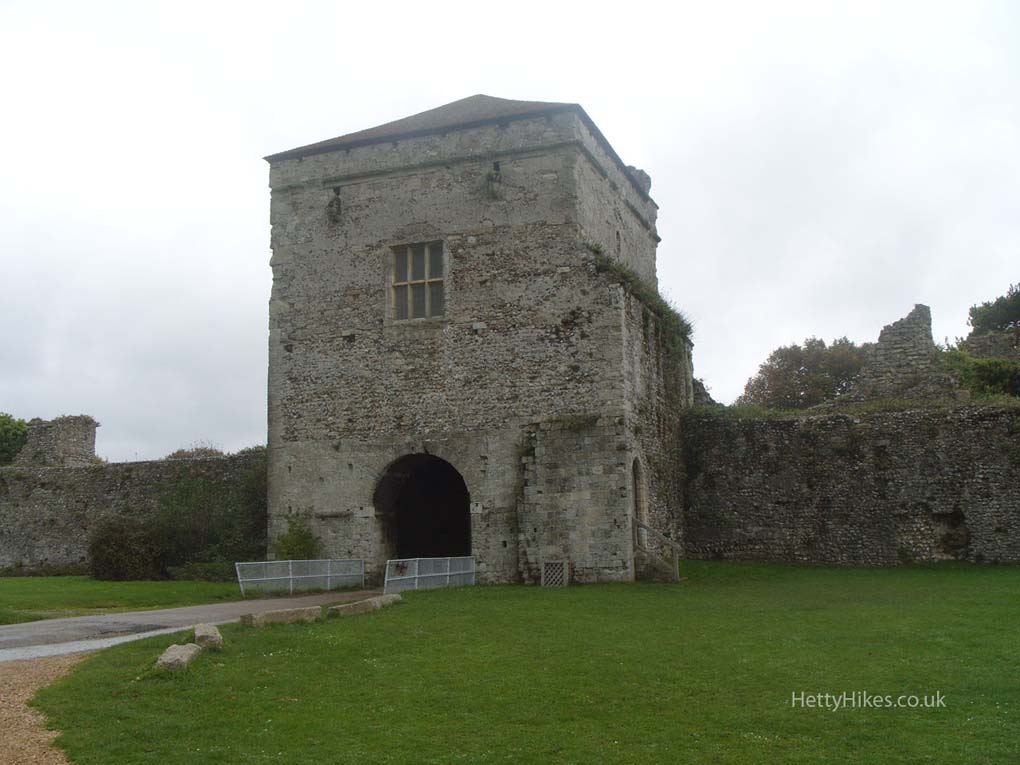 Entrance to the Norman castle 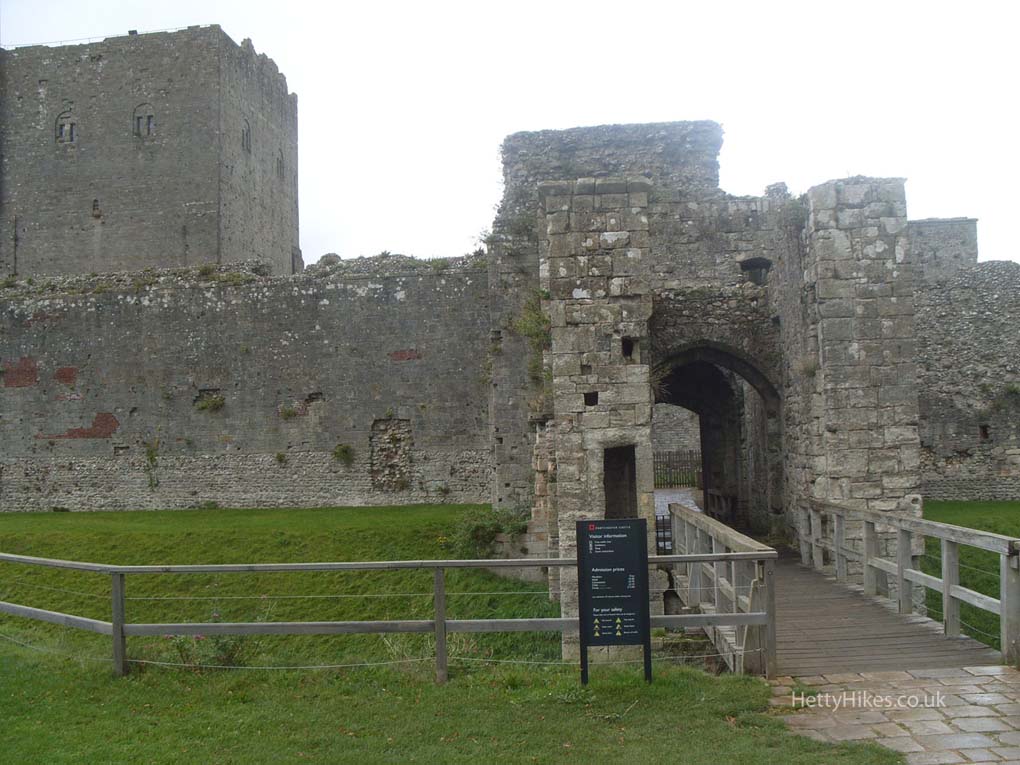 Mr H listening to the audio tour – these were originally windows. 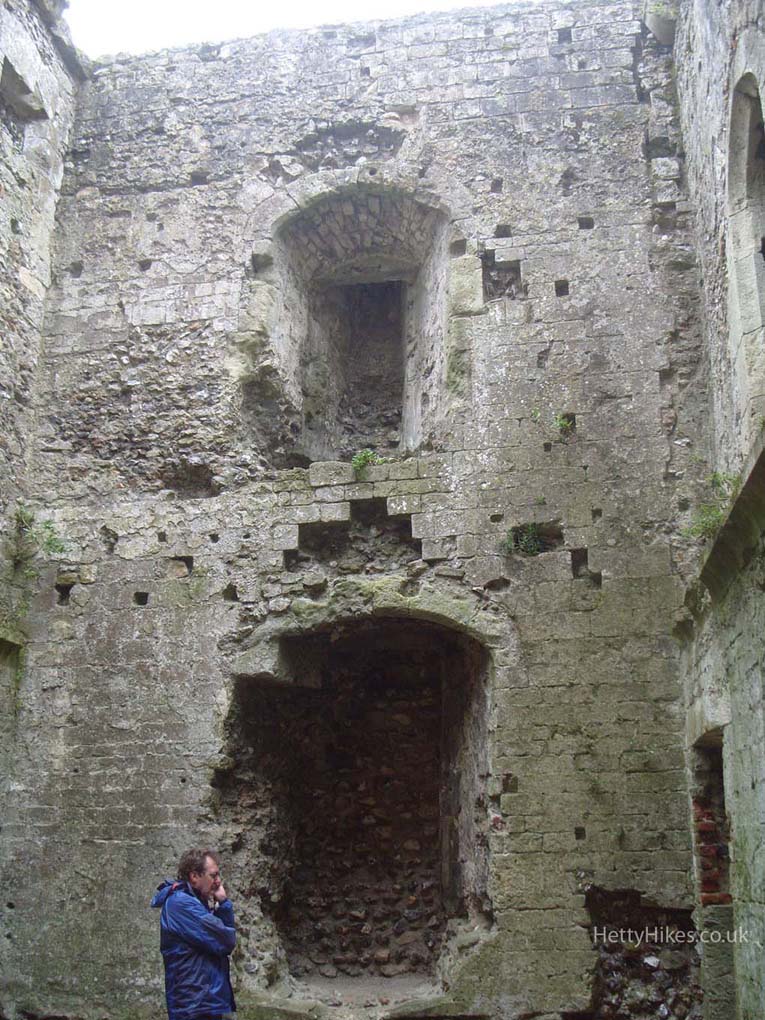 It was a Royal residence in the 1390s 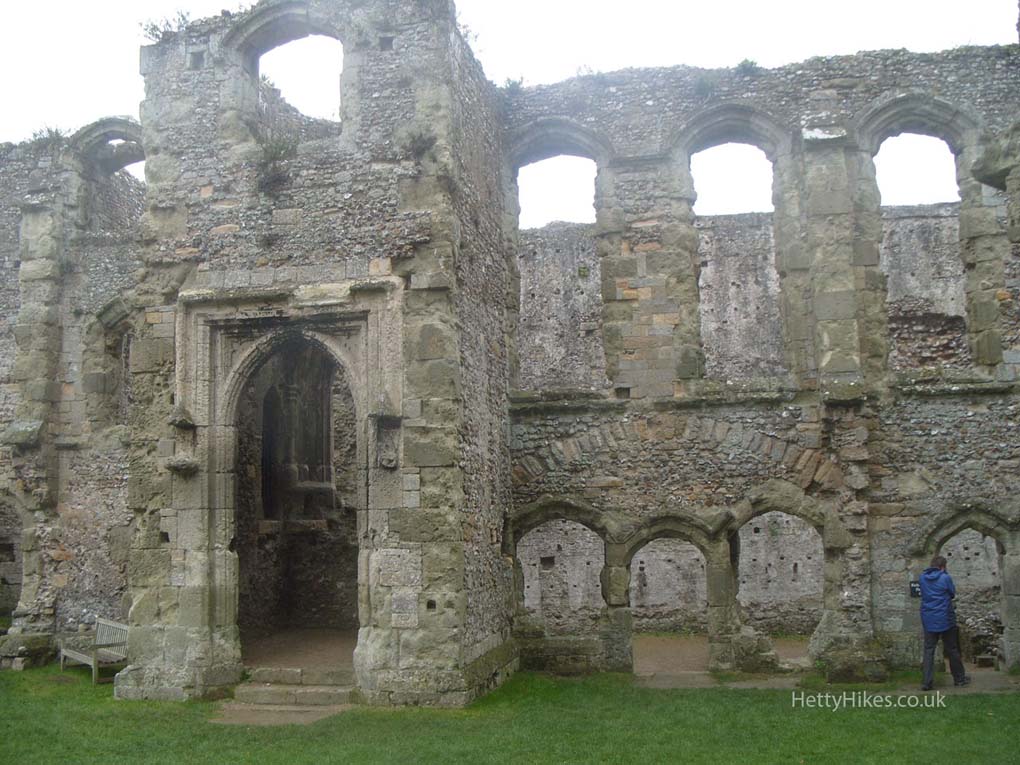 The harbour is still by its side. 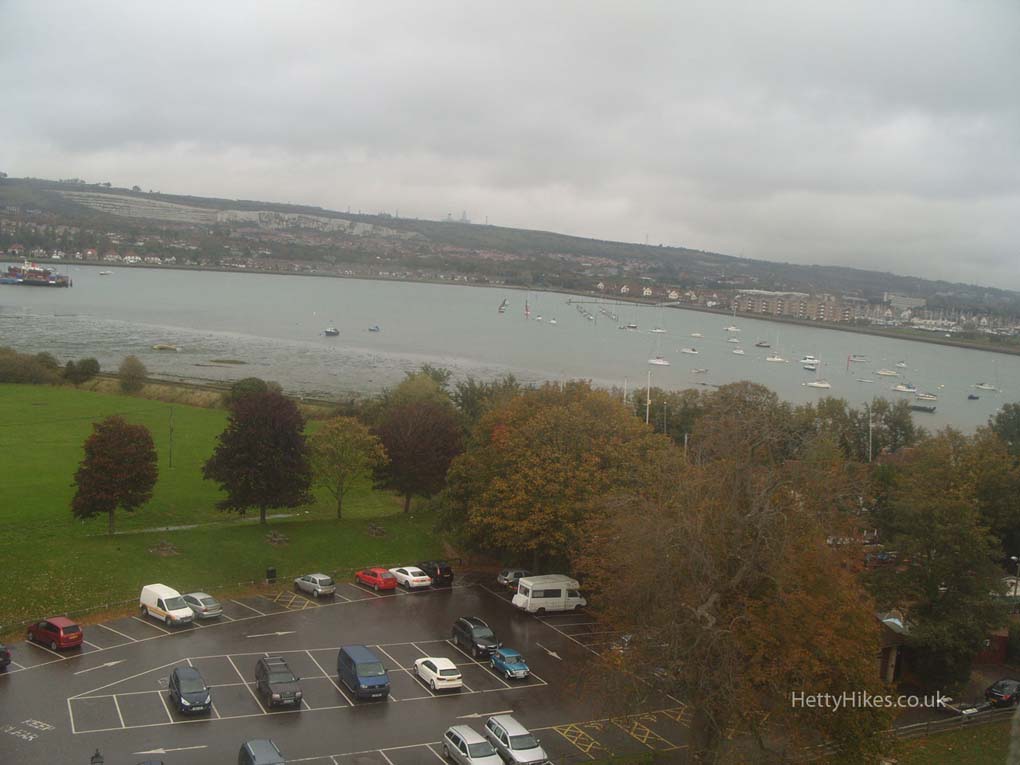 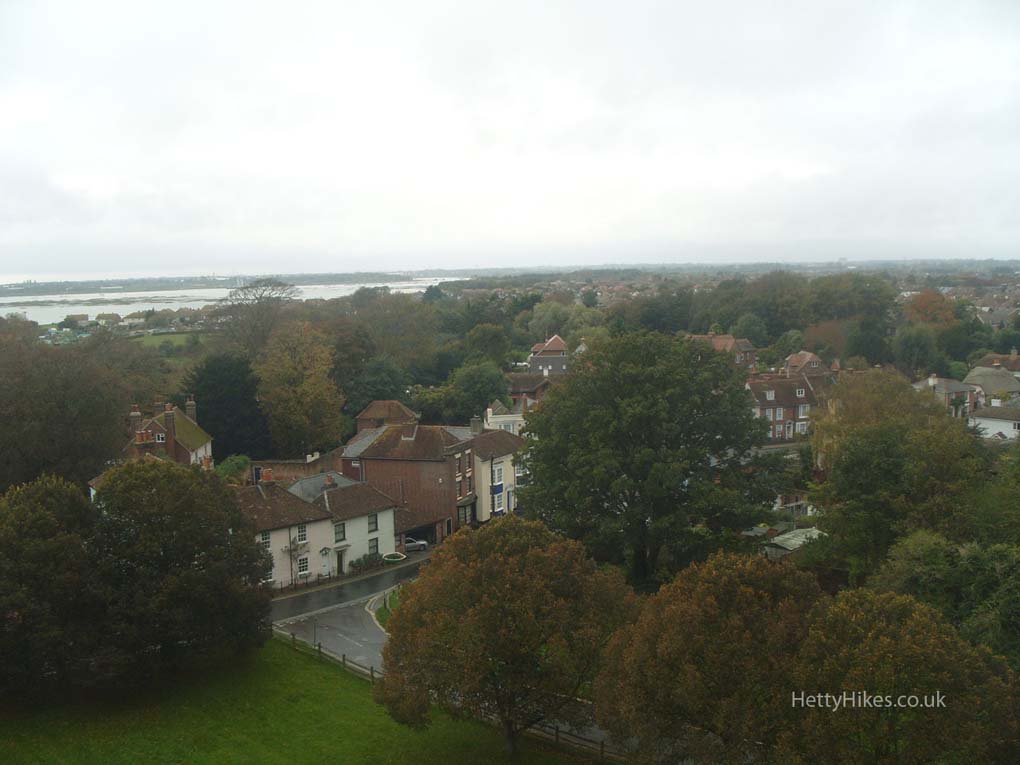 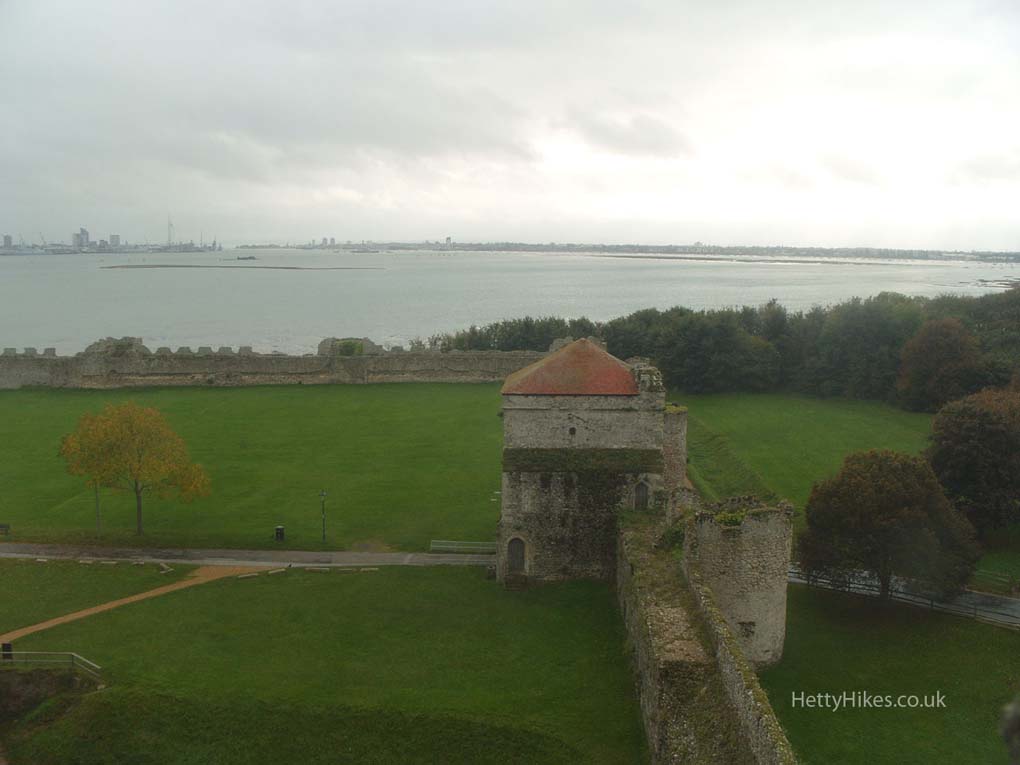 Looking through a dirty window, high up in the great tower, to the Water Gate, harbour and church. The present parish church, the only surviving part of a priory, founded in the fort enclosure in about 1128 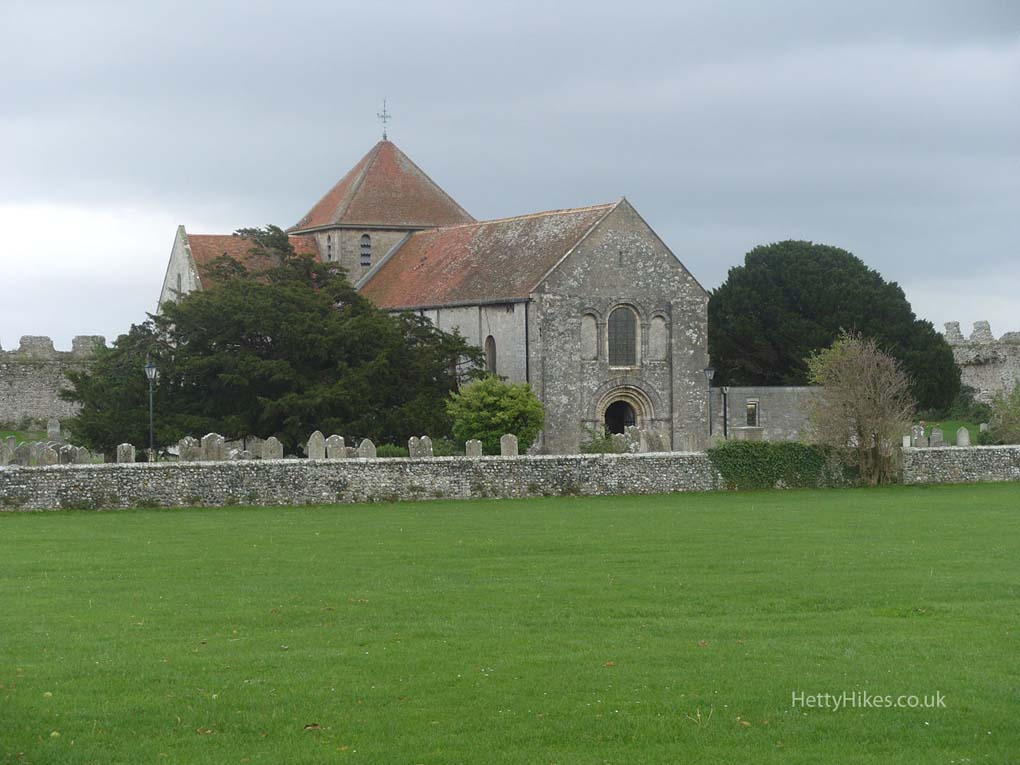 Mr H by the church 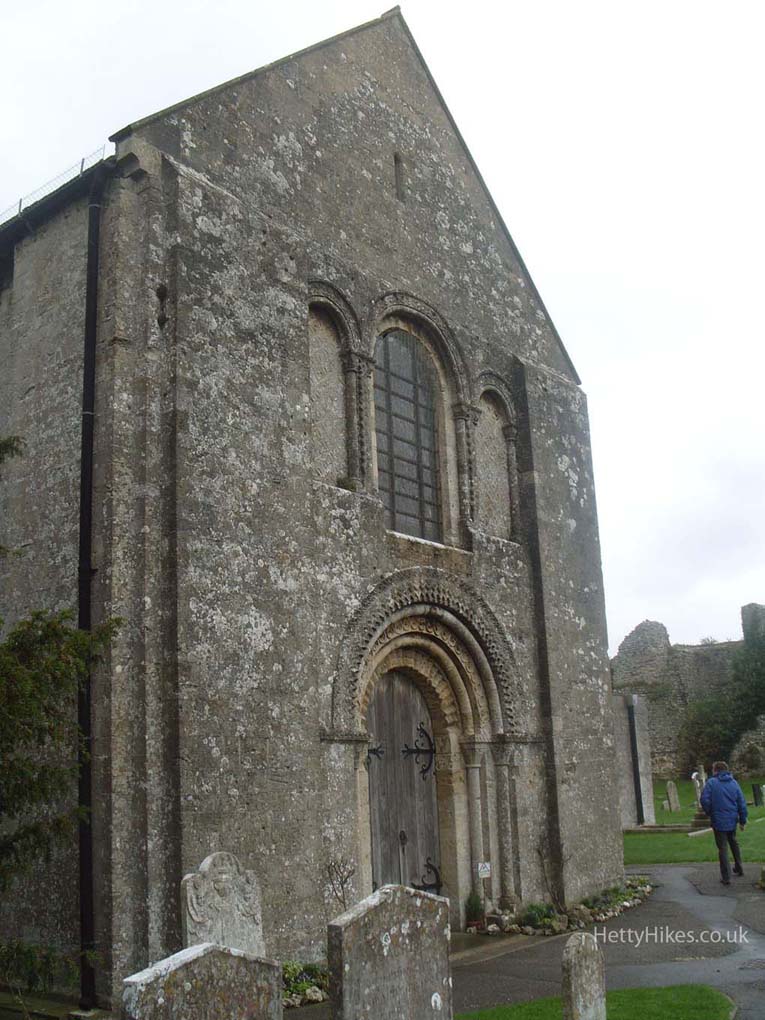 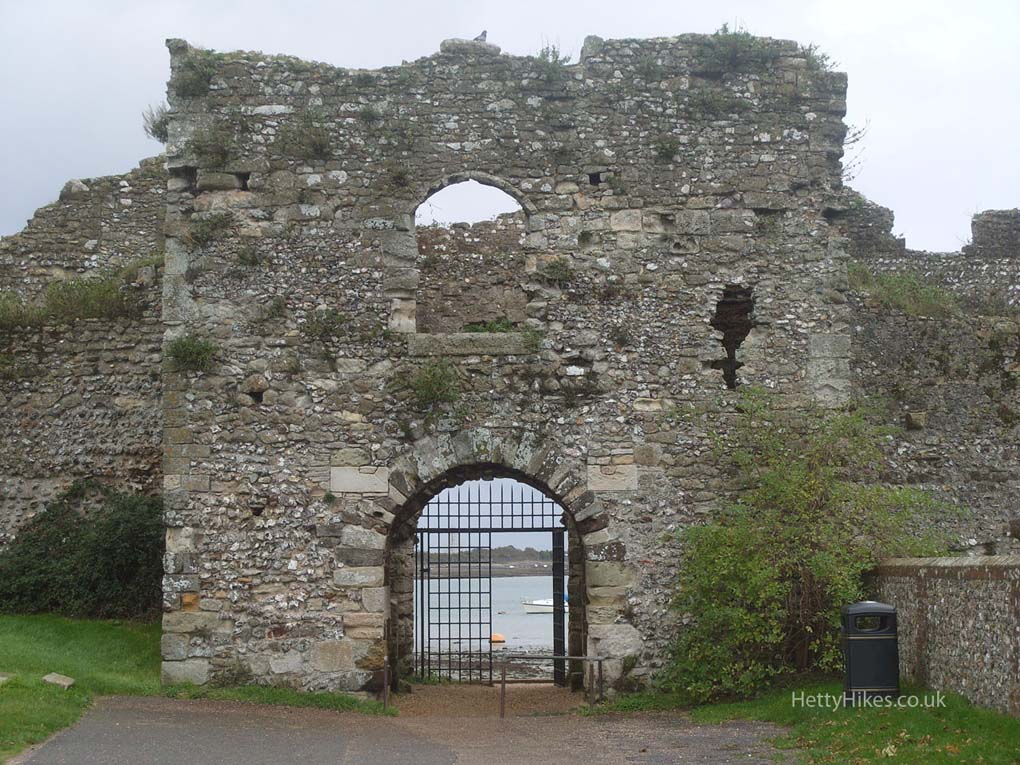