Friday 6th June – We flew from Gatwick to Verona, then went by bus to Sirmione at the south of Lake Garda. We spent a week at the north of Lake Garda, and then a week in the Dolomites, in Val Gardena. It was wonderful.

After leaving our bags at our hotel, we took a bus to the old part of Sirmione, on the two-mile long, narrow peninsula which juts out into Lake Garda. 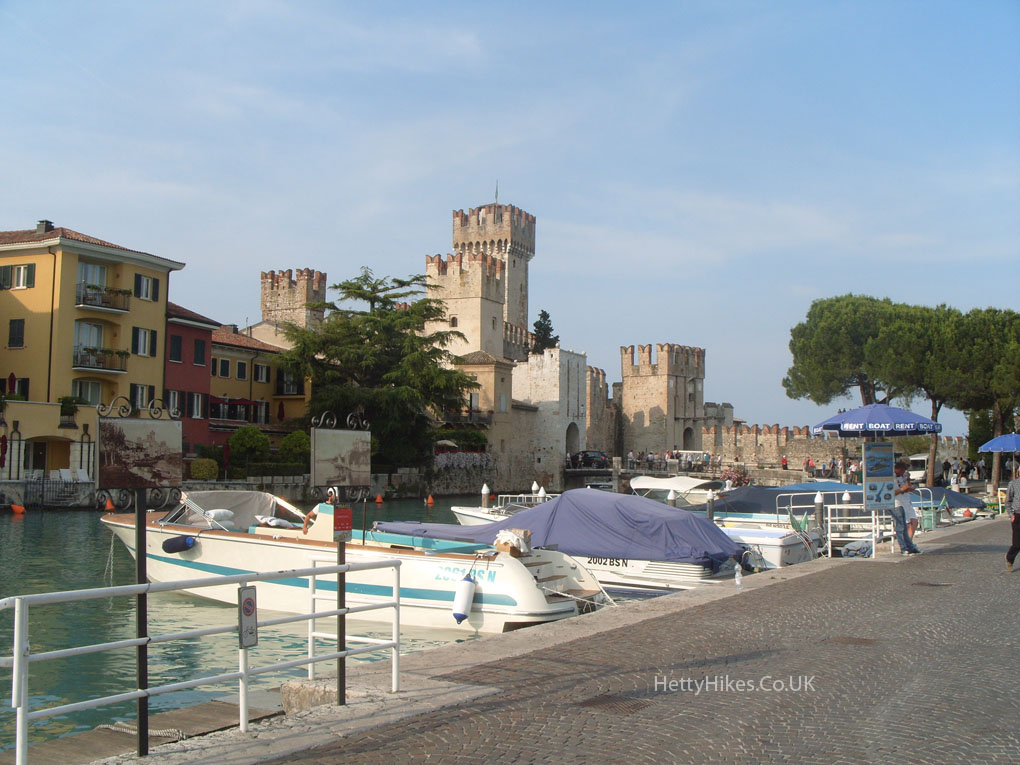 The lovely castle ‘Rocca Scaligera’ dates from the 13th century, was built on Roman foundations, and has water all around it. 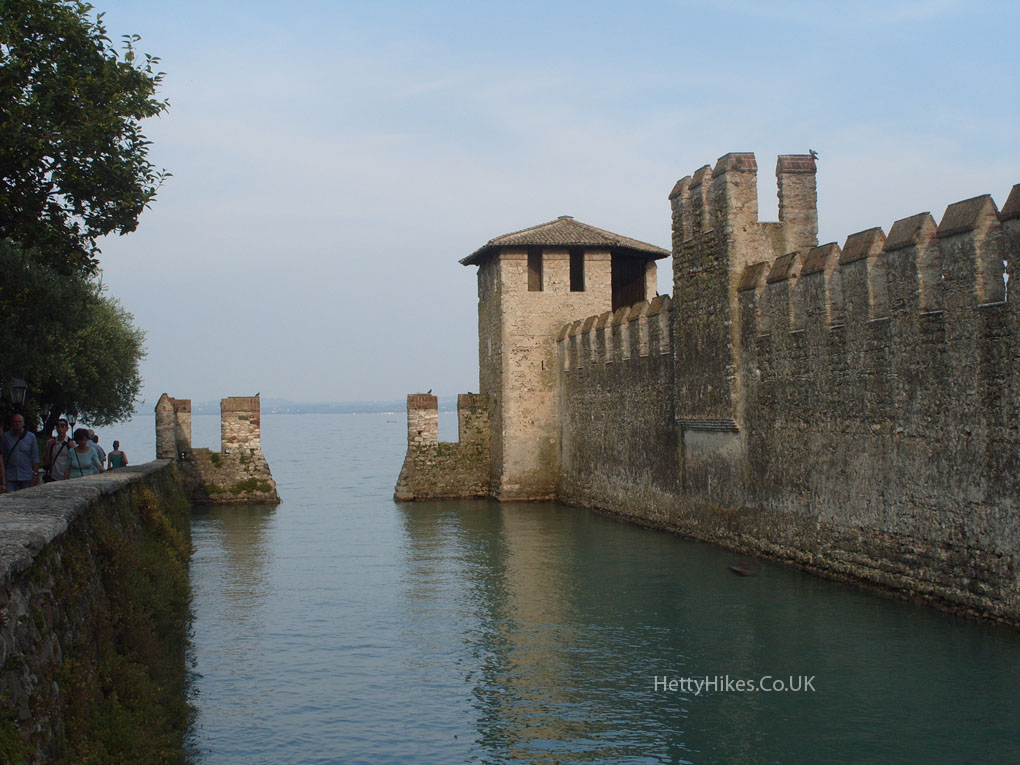 It has ‘fish-tail’ shaped battlements, and two drawbridges 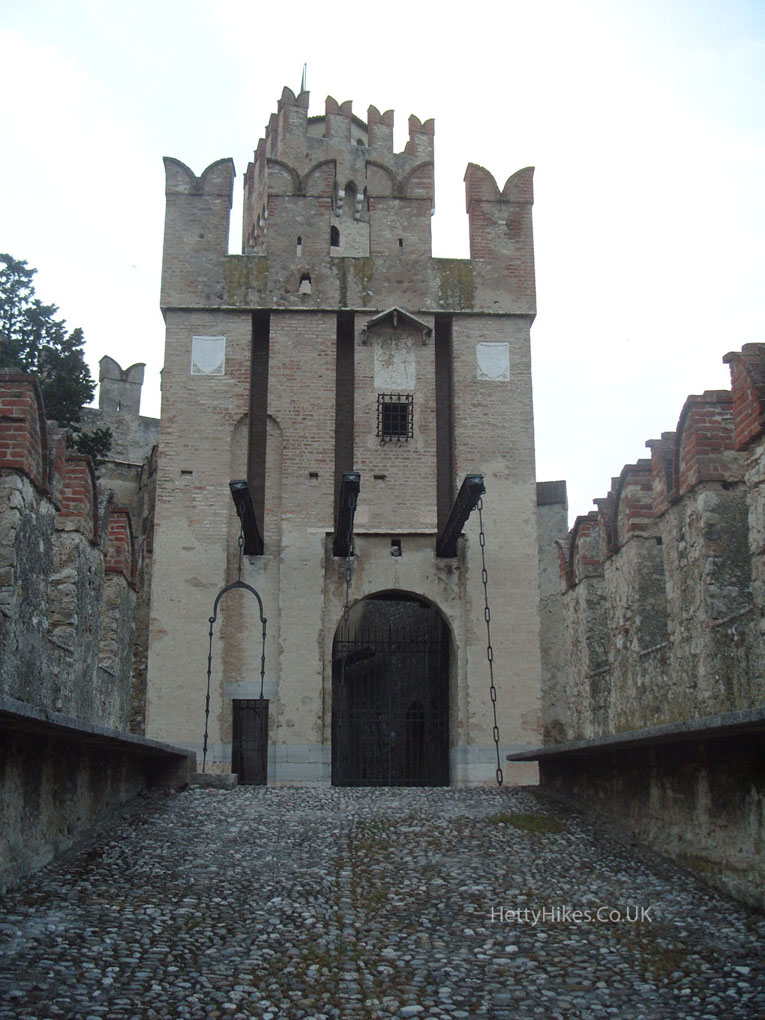 The piazza in the pedestrianised old town. 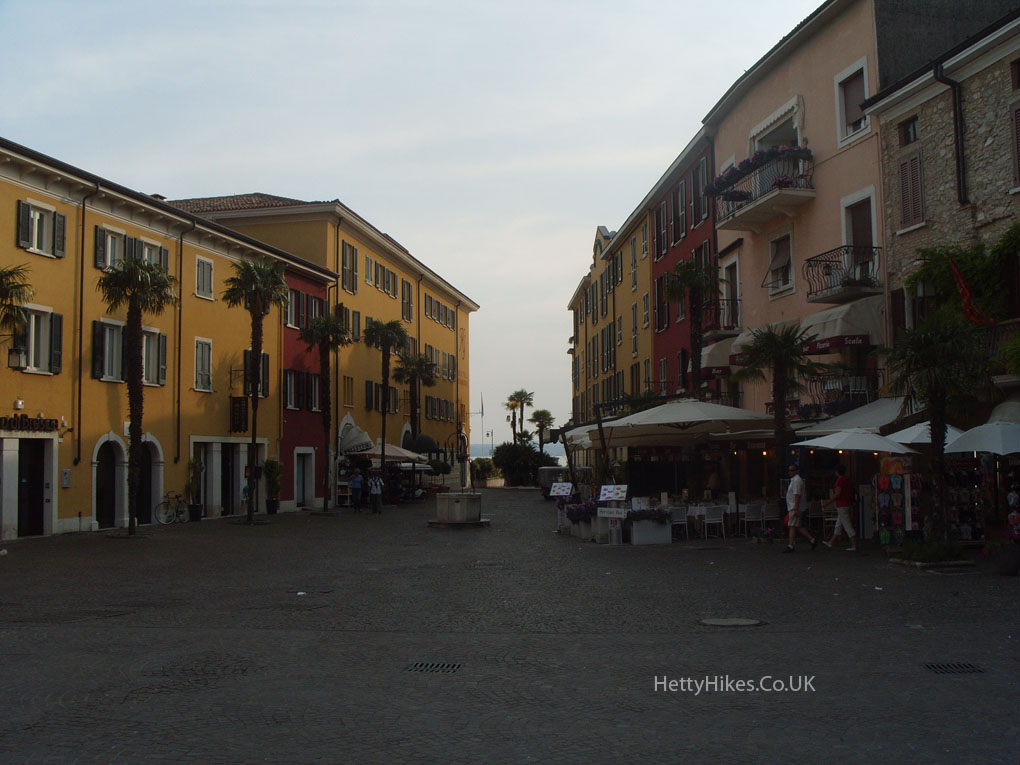 There are narrow streets and thermal springs On the headland at the end of the peninsula are roman ruins, but they were closed by the time we arrived in the evening. 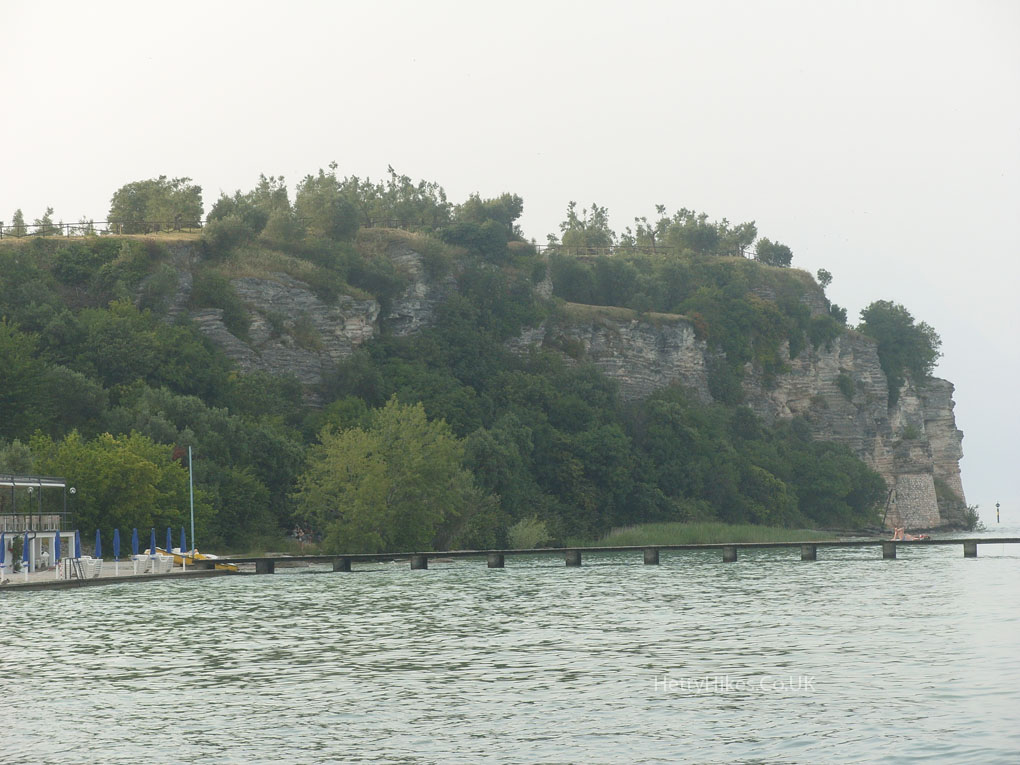 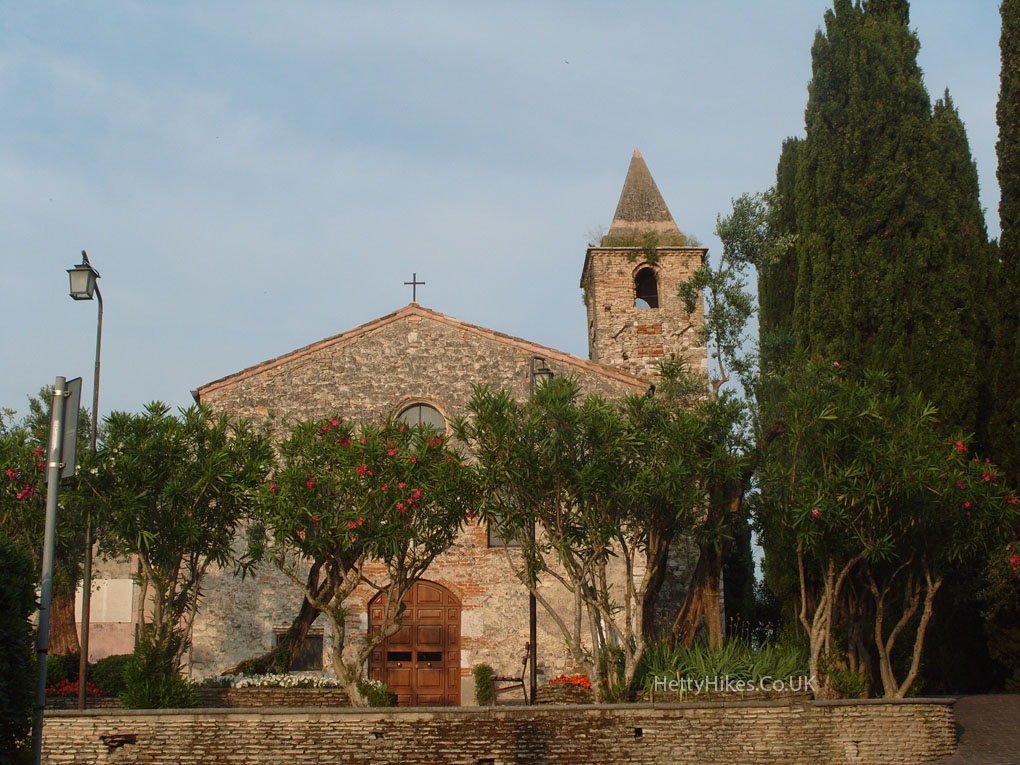 This church has a modern bell 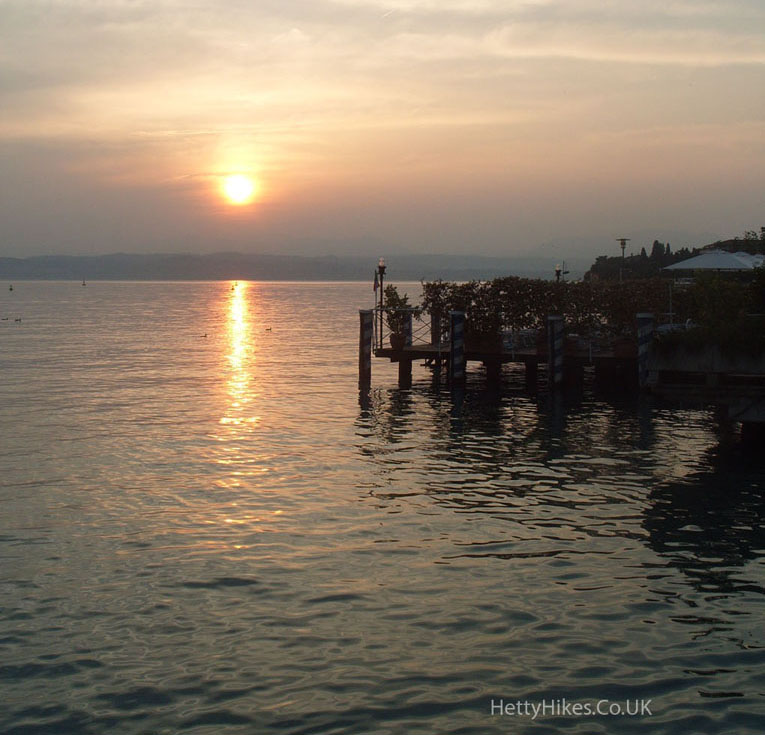 Saturday 7th June – The next day we went by bus up the western side of Lake Garda, stopping off at Desenzano and Gargnano on the way to Riva del Garda.

View from the castle over the old town to the Sirmione peninsula. 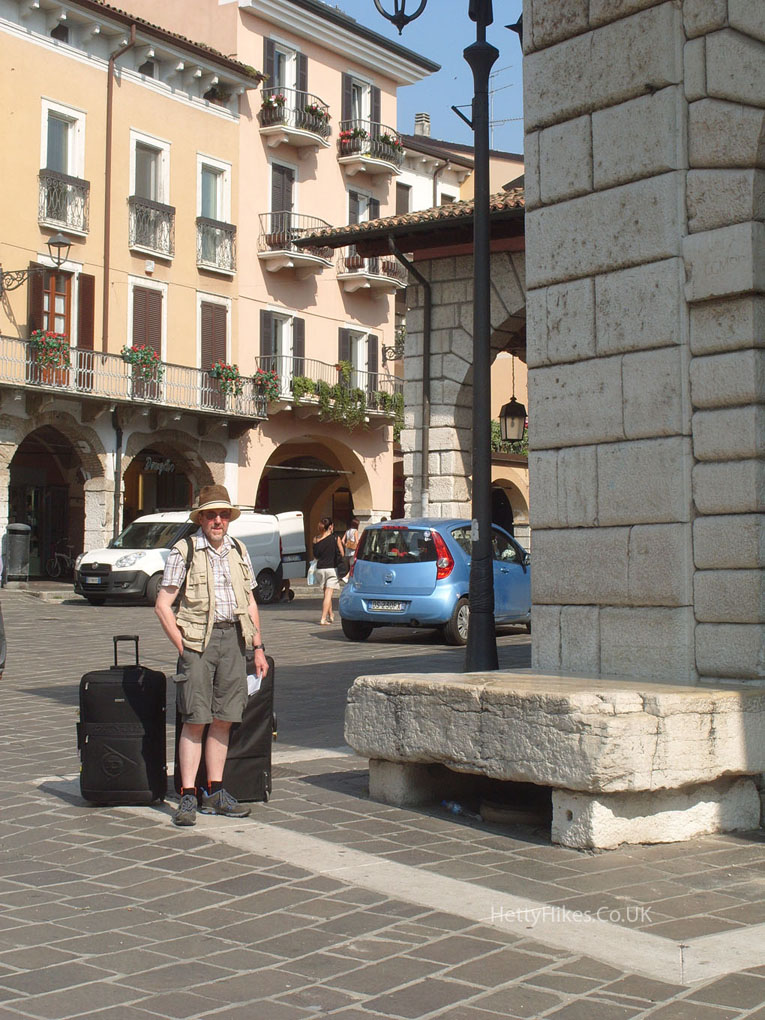 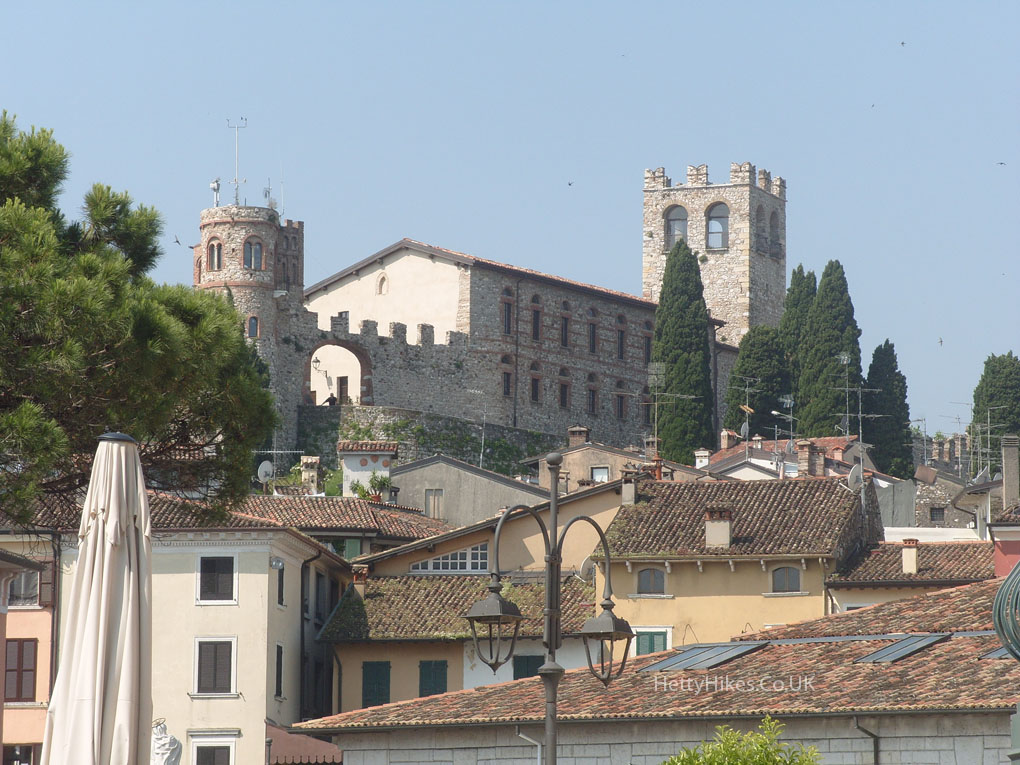 These are both Roman A lovely view while eating lunch