We stopped at Dunster on the way to North Devon – we stayed for a week at Alswear, near South Molton. There were May flowers and the showers that we did not have in April, however we had more sunshine than expected, so were able to walk on the coast on five days. 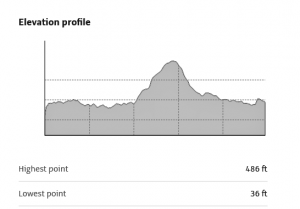 At Dunster we walked around the medieval village with its thatched cottages and castle. It was once a centre for the wool trade and there are many 17th to 19th century buildings.

Luttrell Arms – built in the 15th century as a guest house for abbots, then in the 17th century it became an inn. Yarn Market, with Dunster castle in the distance Dunster Castle on the hill– established soon after 1066 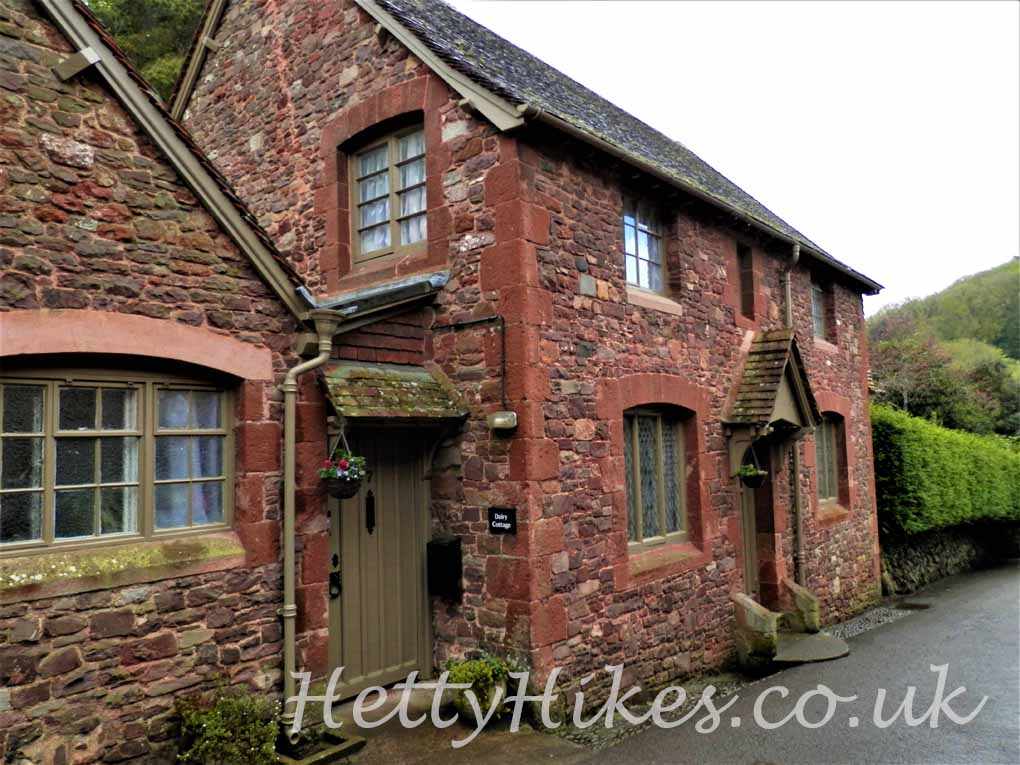 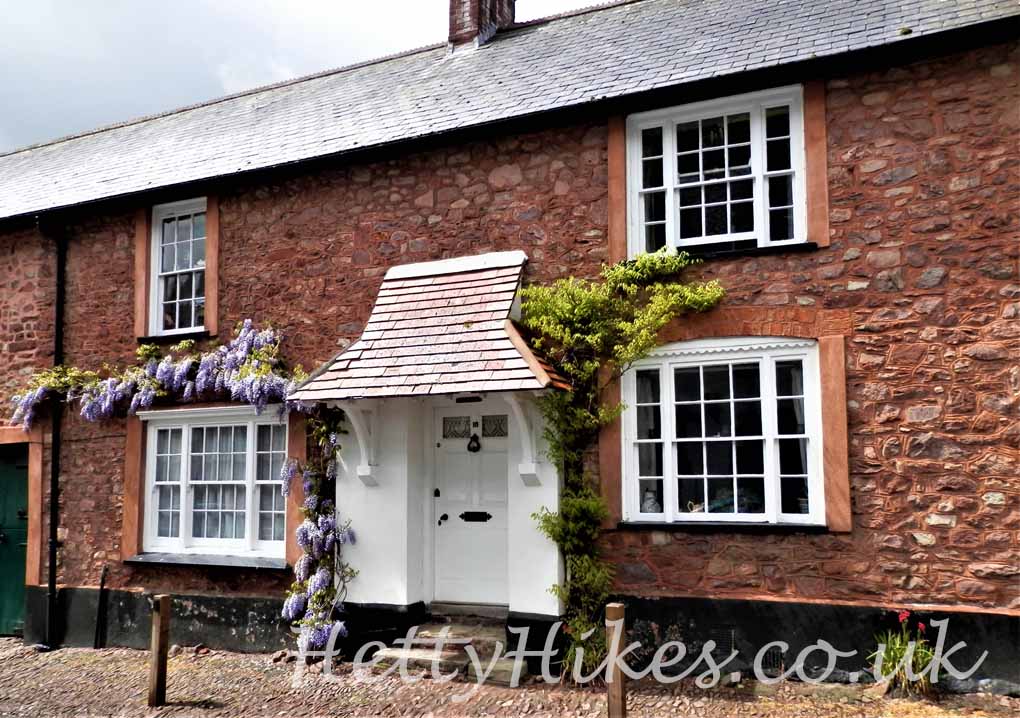 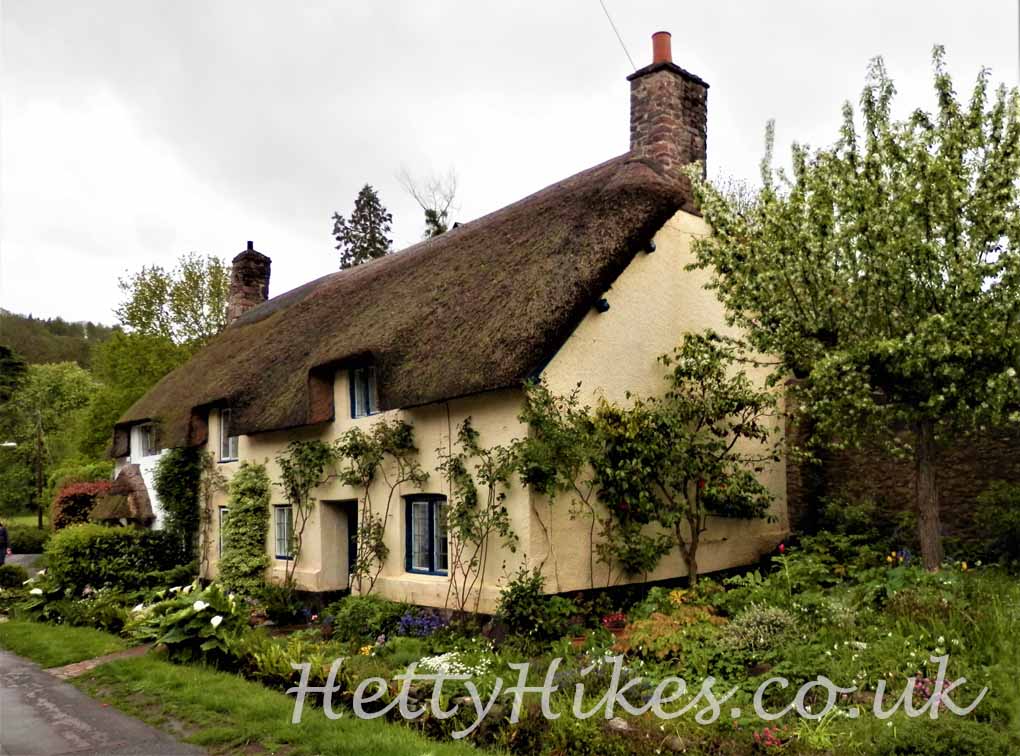 Gallox Bridge for pack horses, while carts used the ford Then we walked up through the woods

St Leonard’s Well is in a 16th century well house. You can see inside 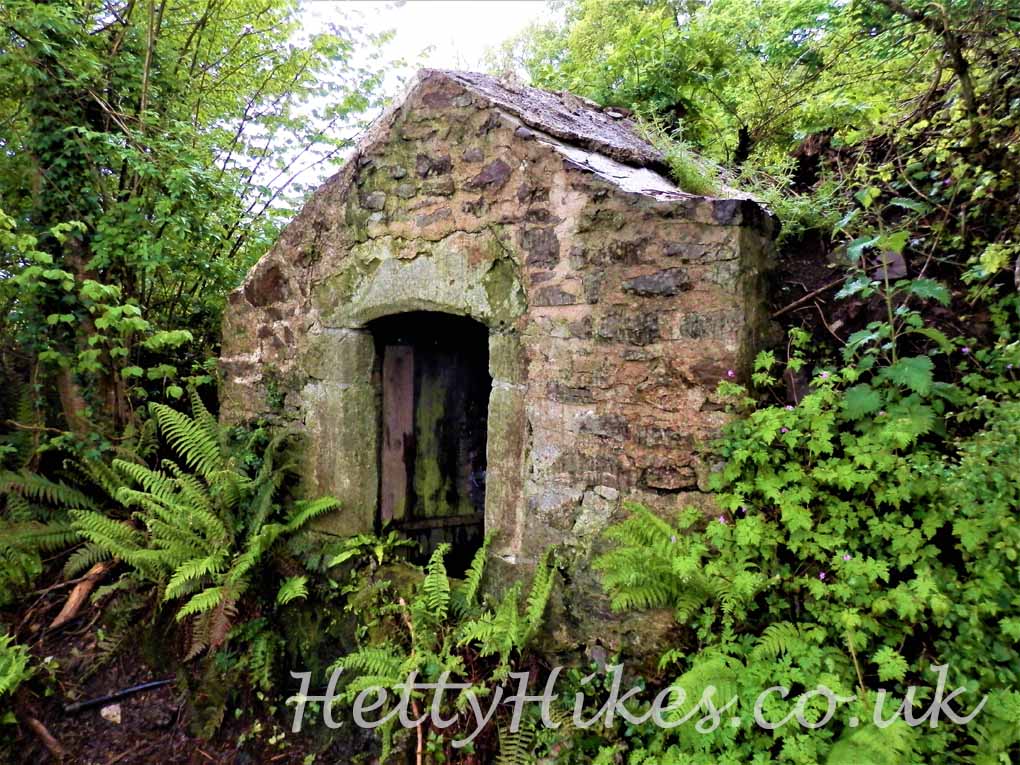 Several buildings remain from the abbey that was here Dunster Castle is across the valley 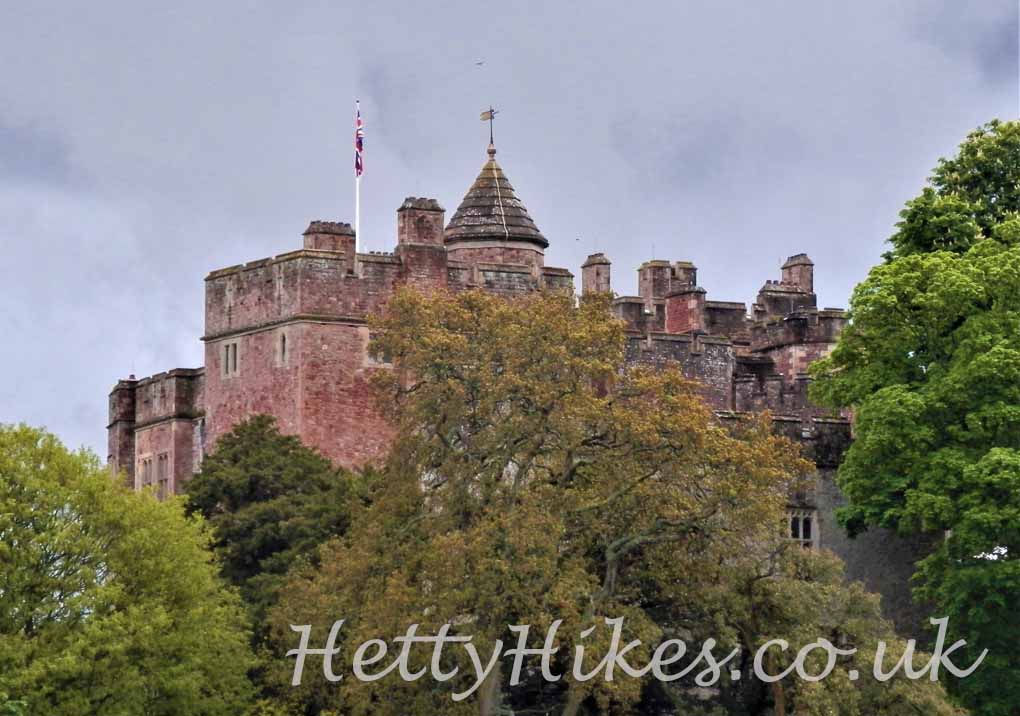 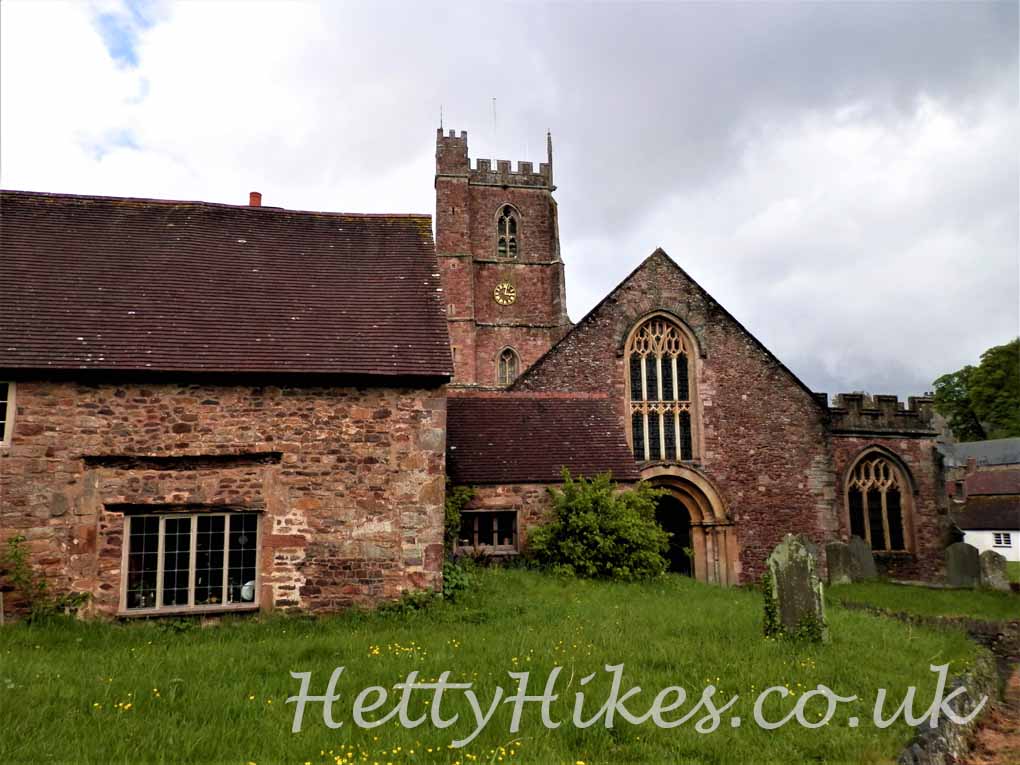 Back at the Yarn Market