Steyning was a river port until the 13th century, and in the 18th Century it was an important town on the coach route between Brighton and London. 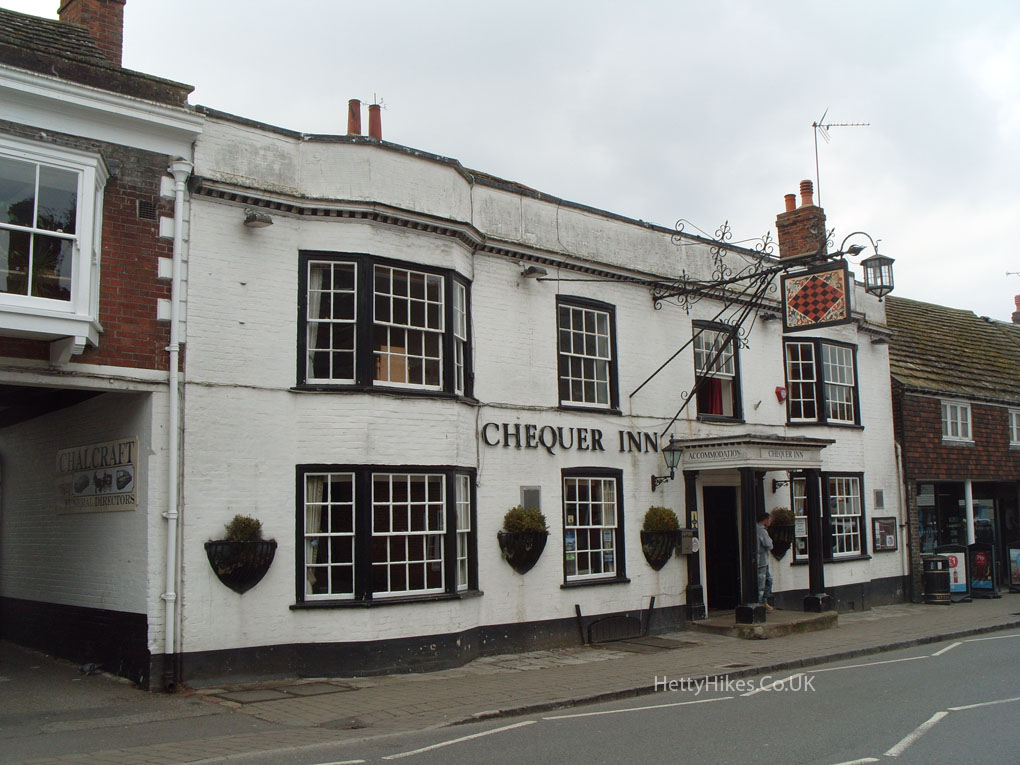 The Stone House, one of the oldest houses in Steyning dates from the 15th century. It was once a mint (for coins) and later a prison. 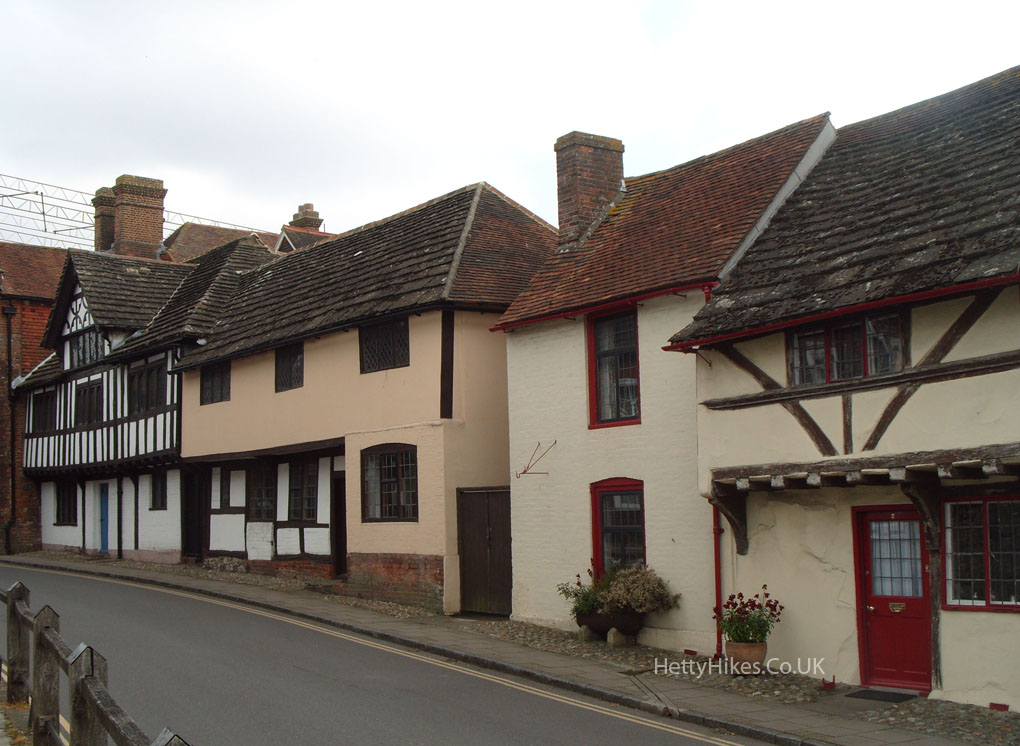 Steyning Church – this replaced a Saxon church. The nave is Norman, with a 16th century tower 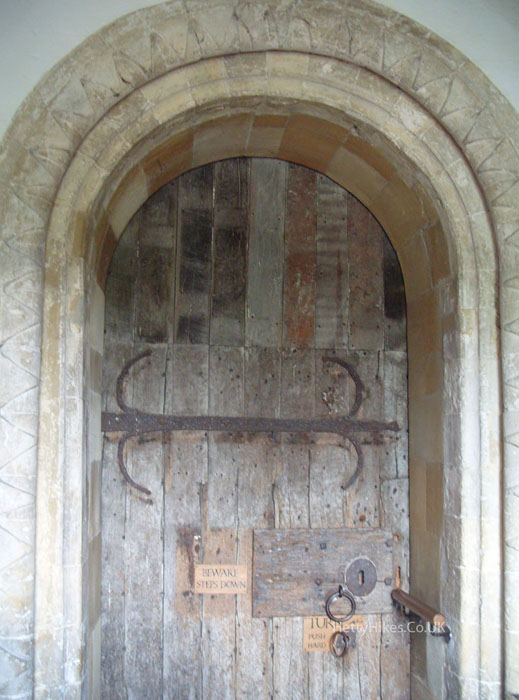 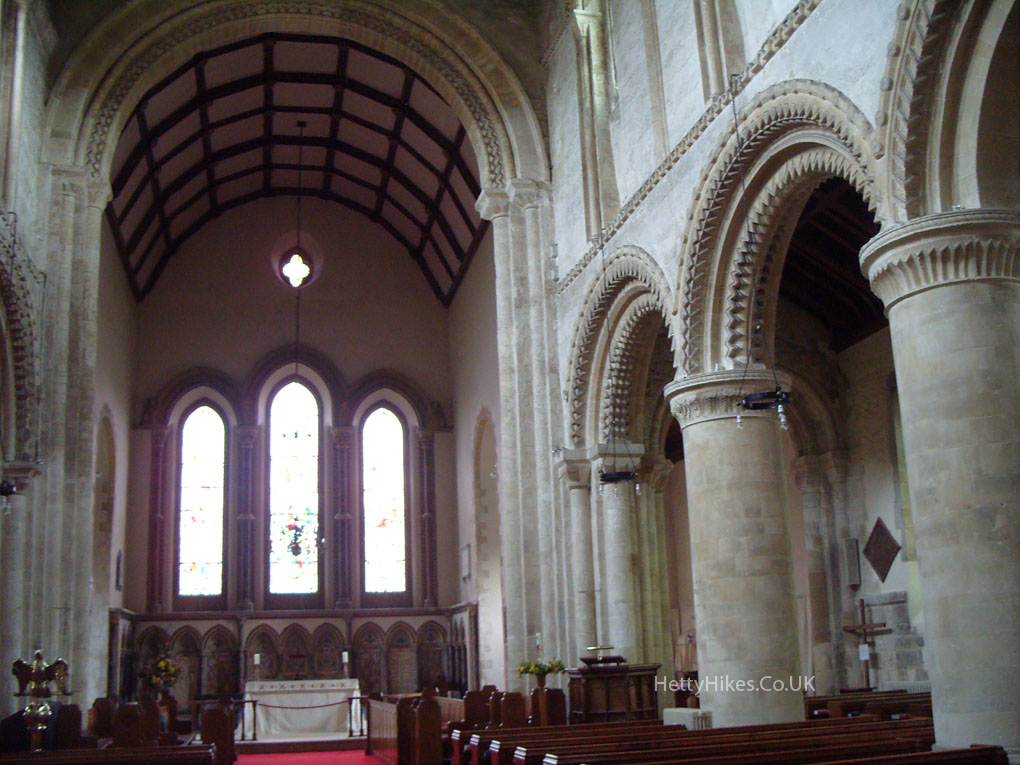 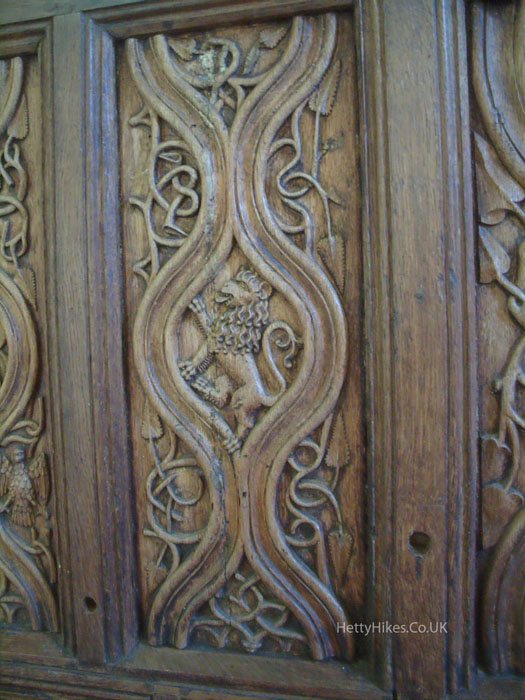 We walked from Bramber to Steyning, and found him in the park – St Cuthman who built the Saxon church 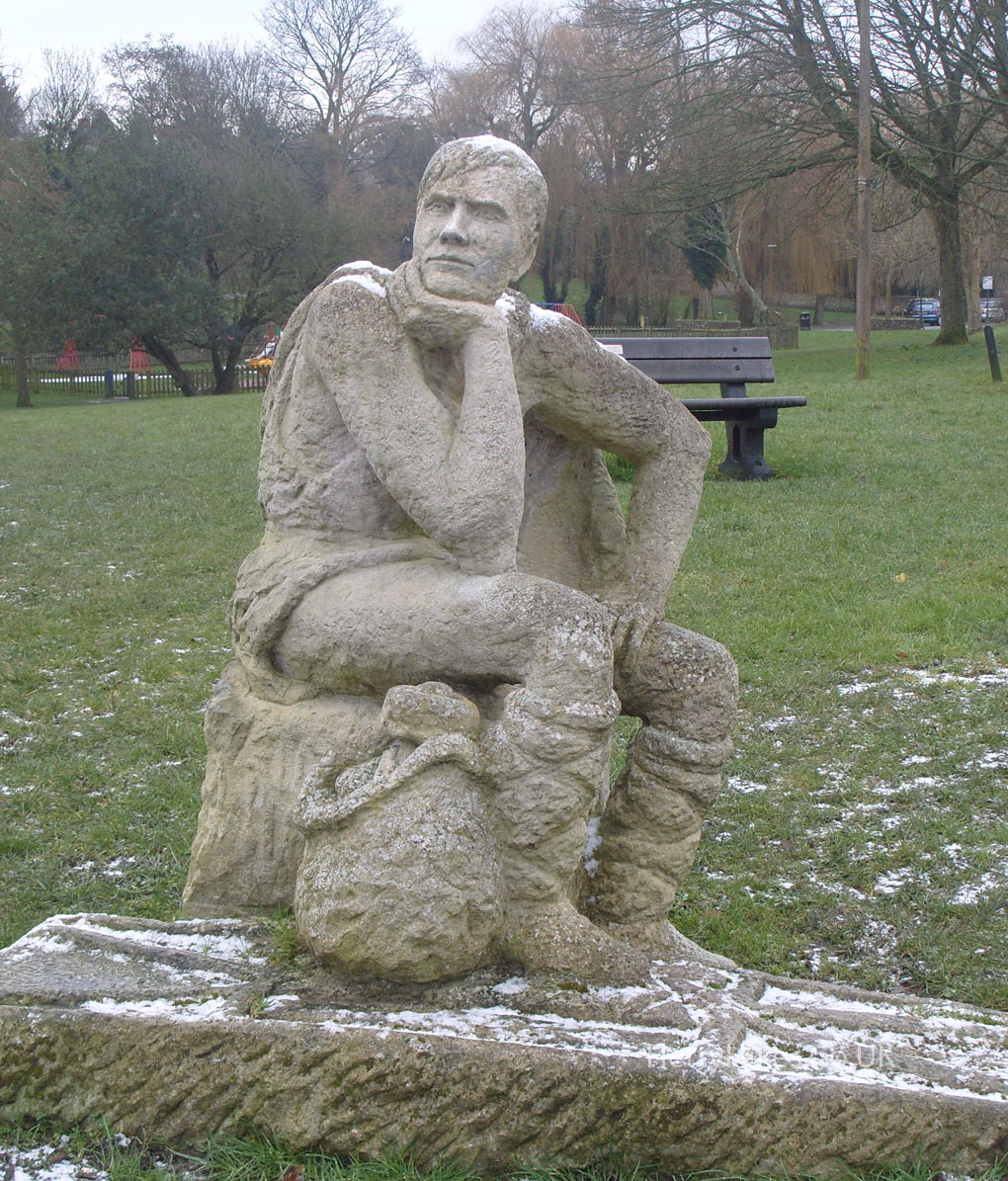 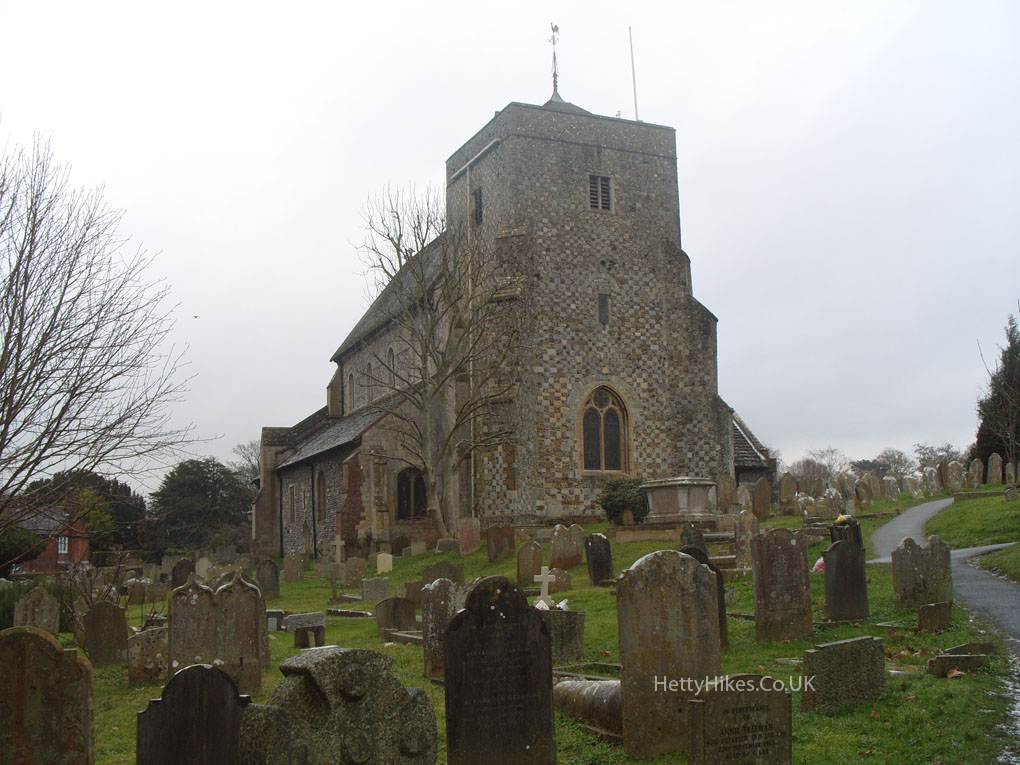 Stonework on the church 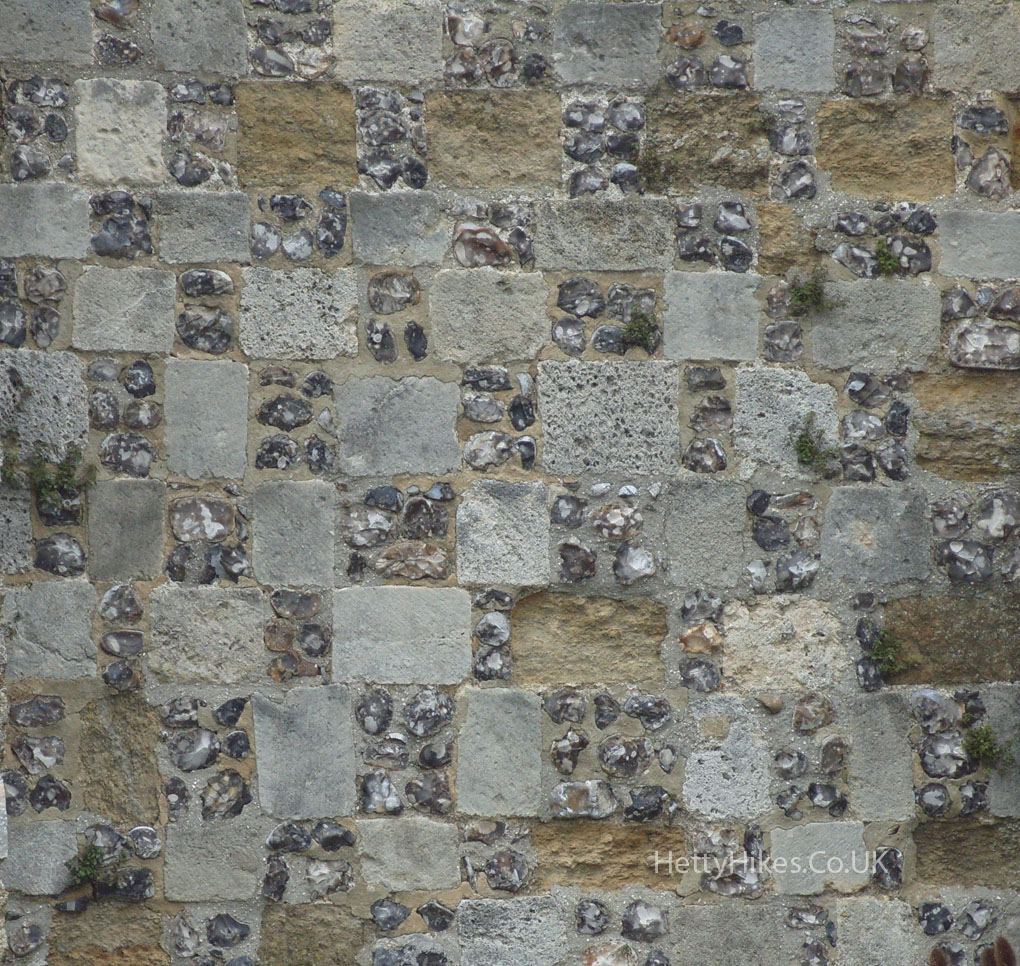 Once a Saxon port, the village has mediaeval timber framed, and Georgian brick, buildings. 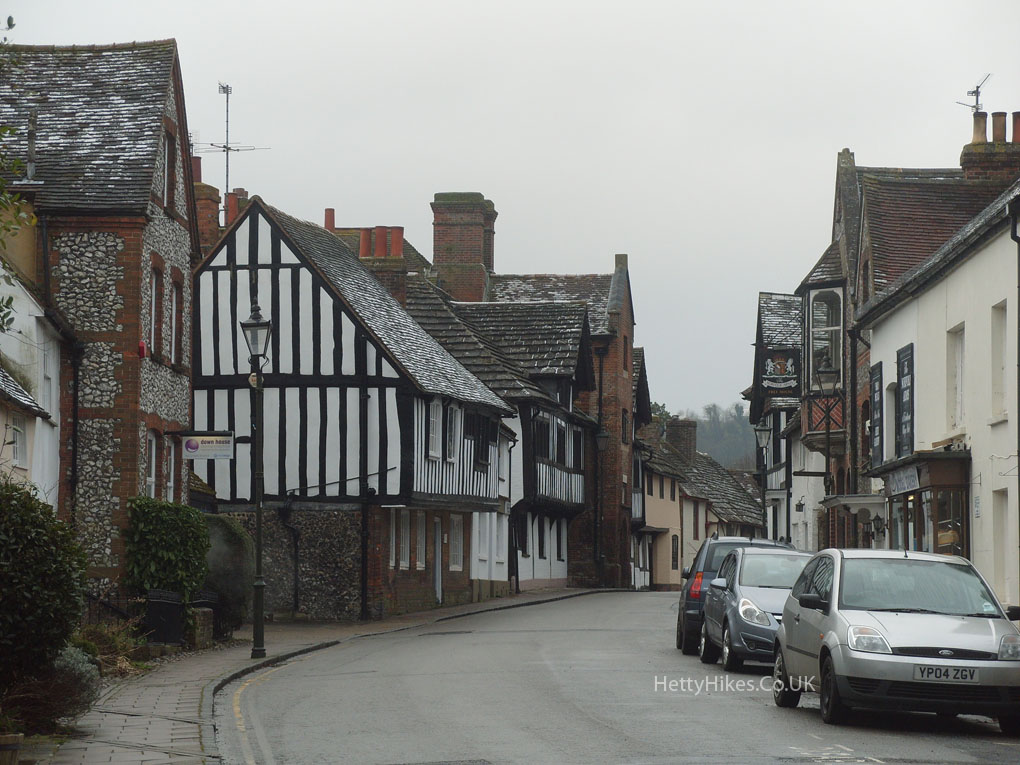 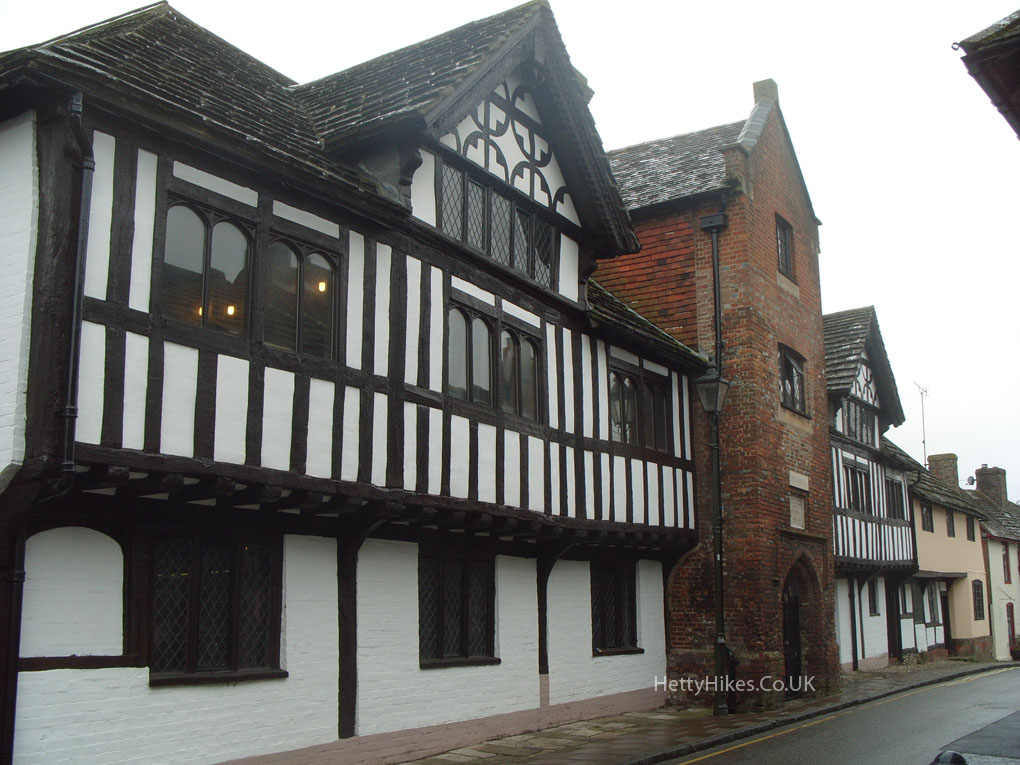 Some cottages date from the 14th century The Old Market House with clock tower, was once the town hall 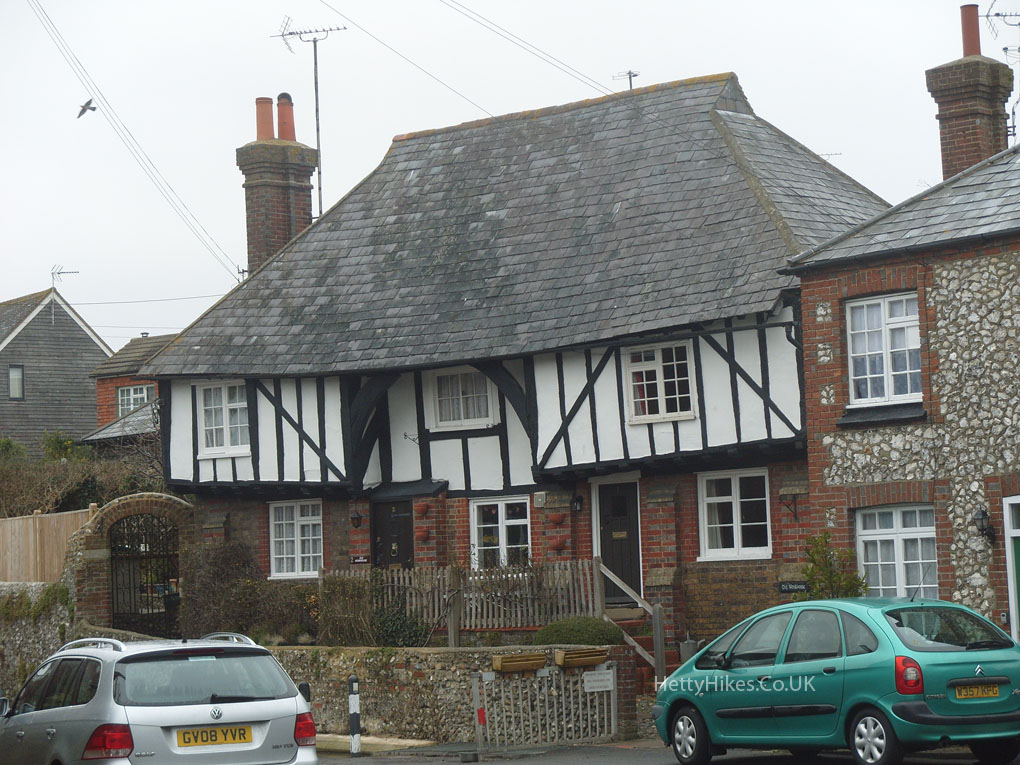