Originally a Roman Fort, then a village, William the Conqueror and his army landed here in September 1066, when the sea still lapped the site. The sea is now nearly a mile away.

A Norman castle was built within the Roman fort. It was a ruin by the 16th century. 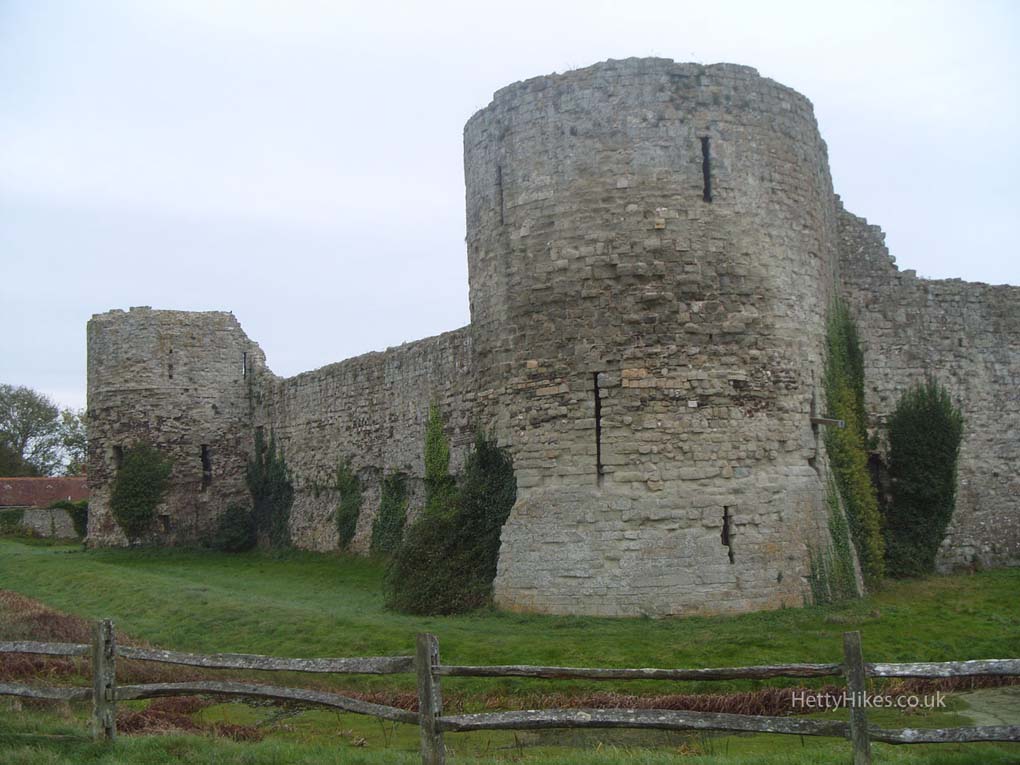 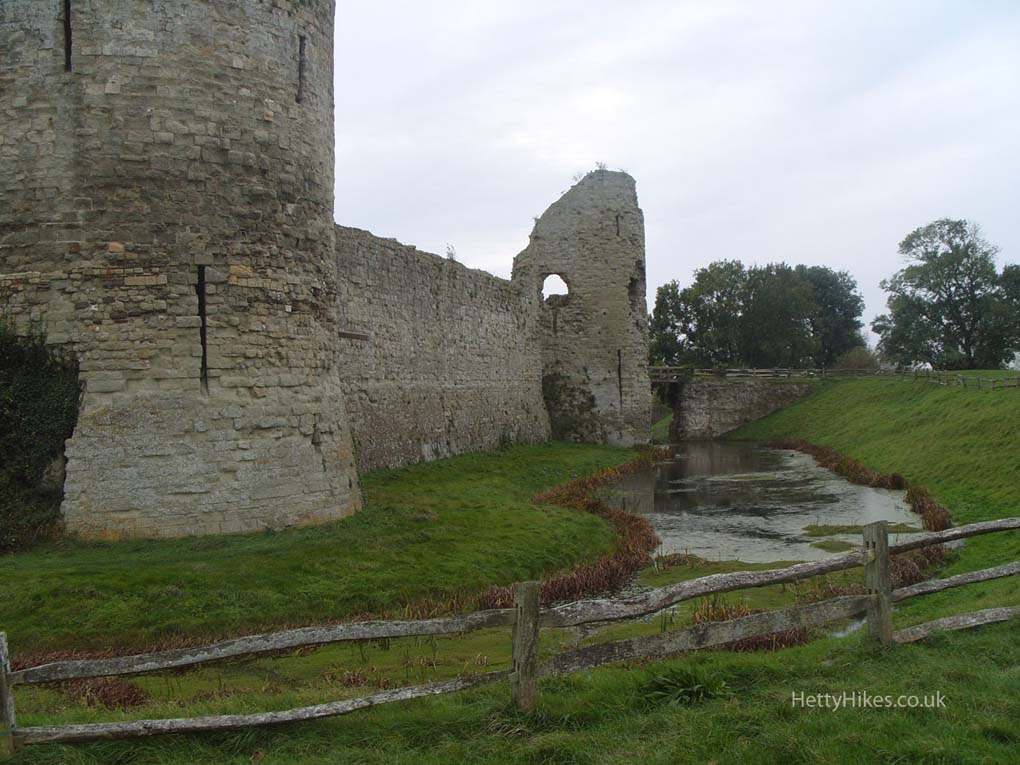 Remains of the keep 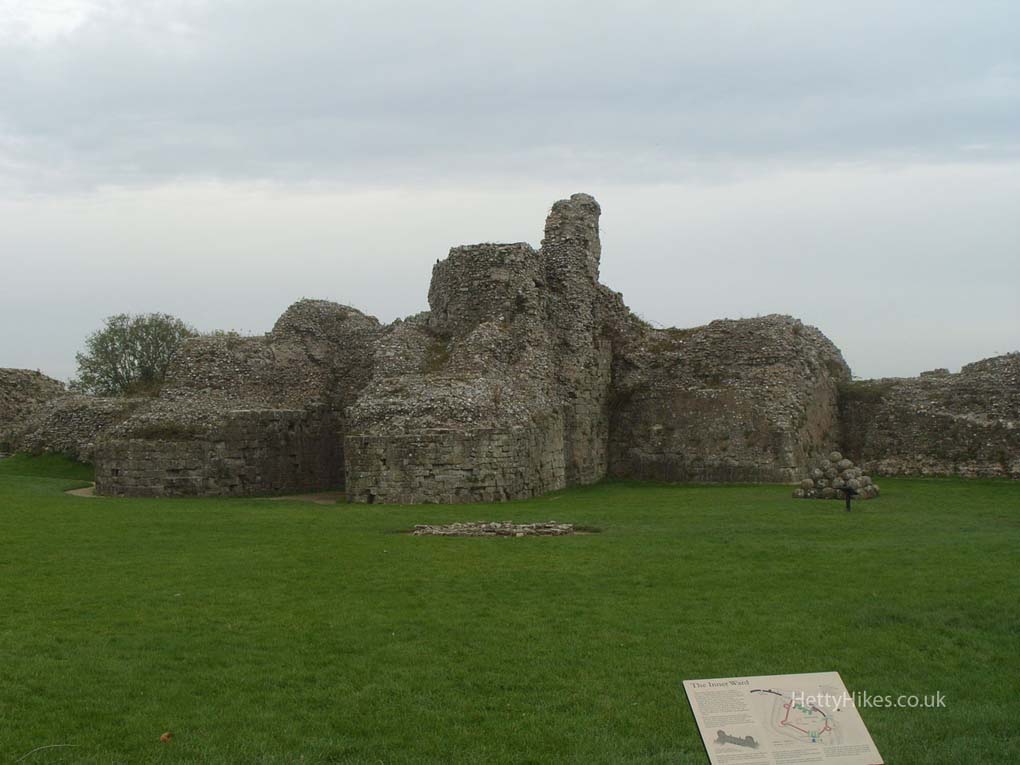 These large stone balls were used in a trebuchet – a type of catapult that was used as a siege engine in the Middle Ages. 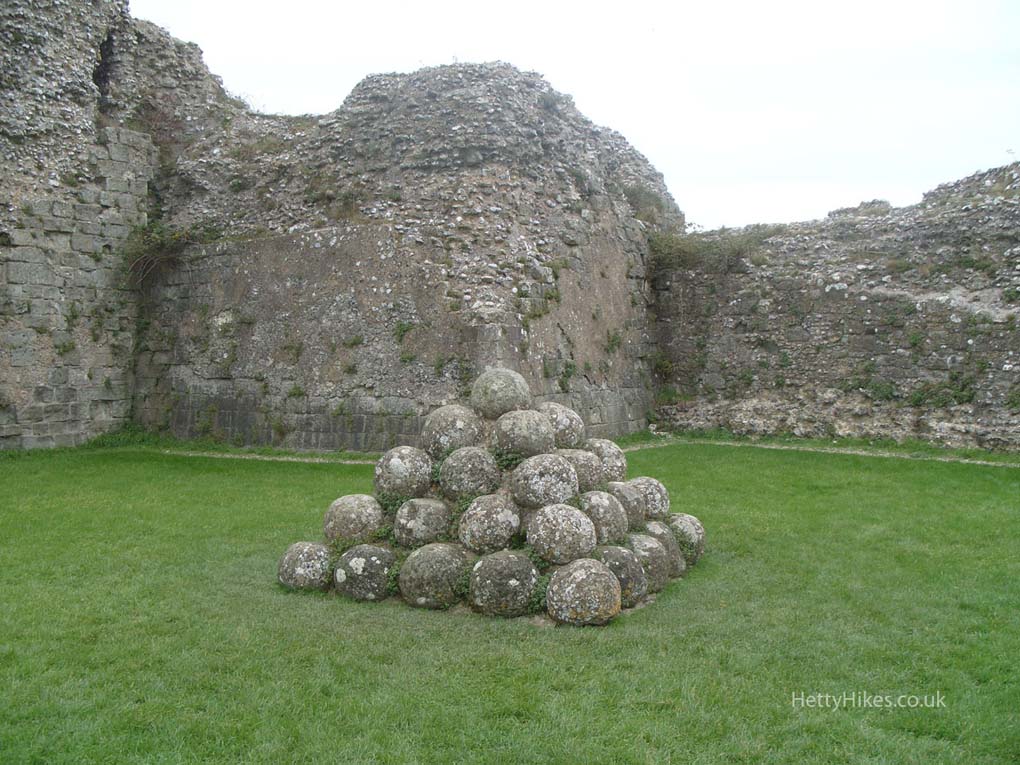 There are the stone foundations of a small chapel 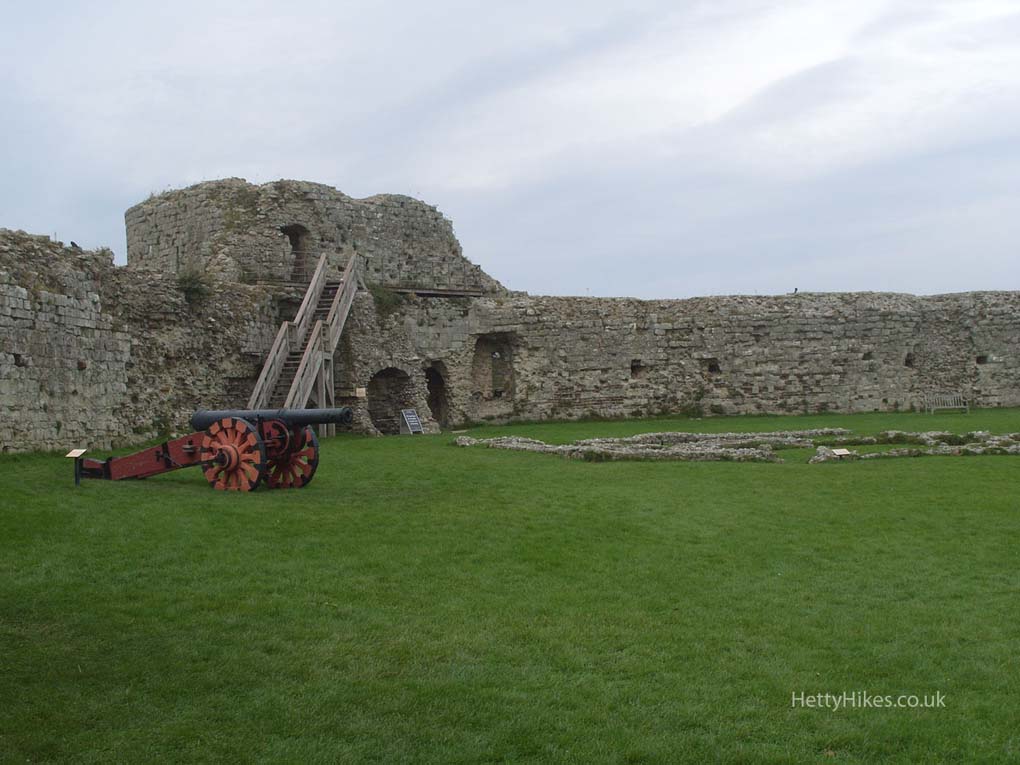 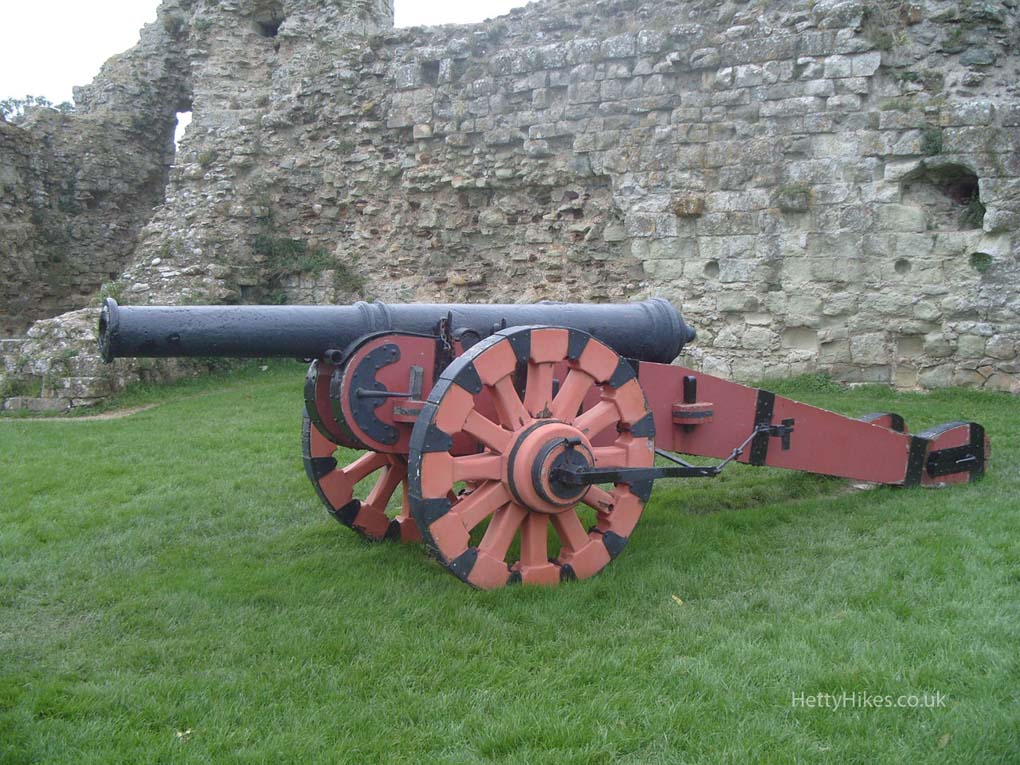 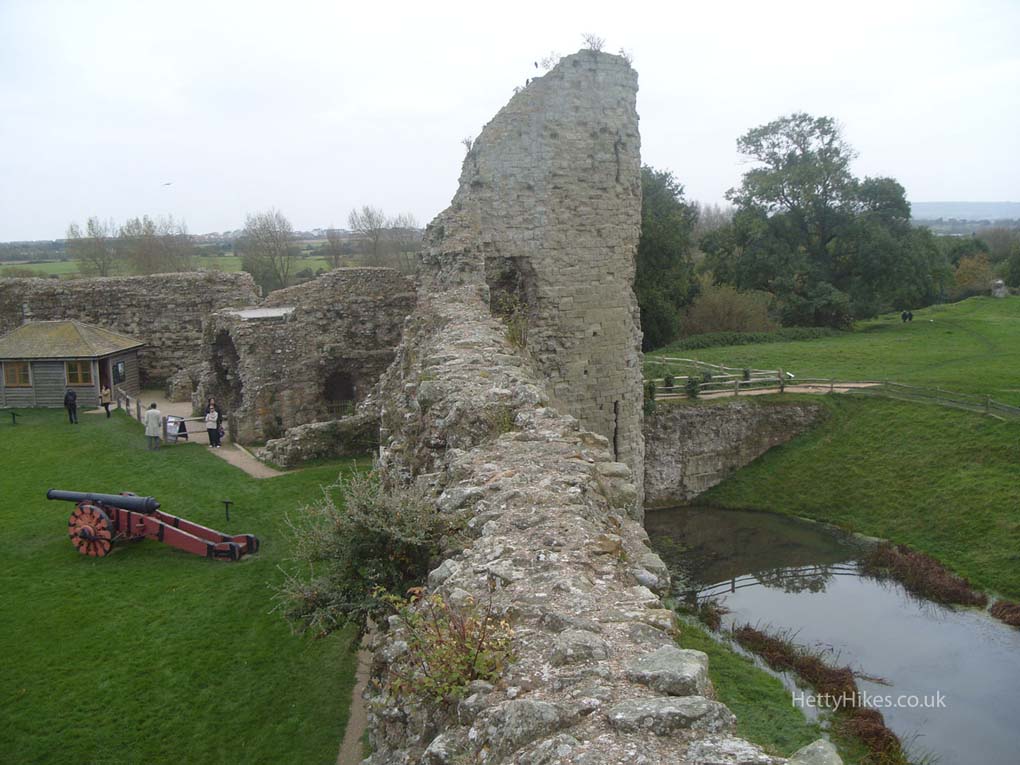 The castle was used in WW2 Roman walls with towers still stand on 3 sides, up to 8m high – 2/3 of their original height. 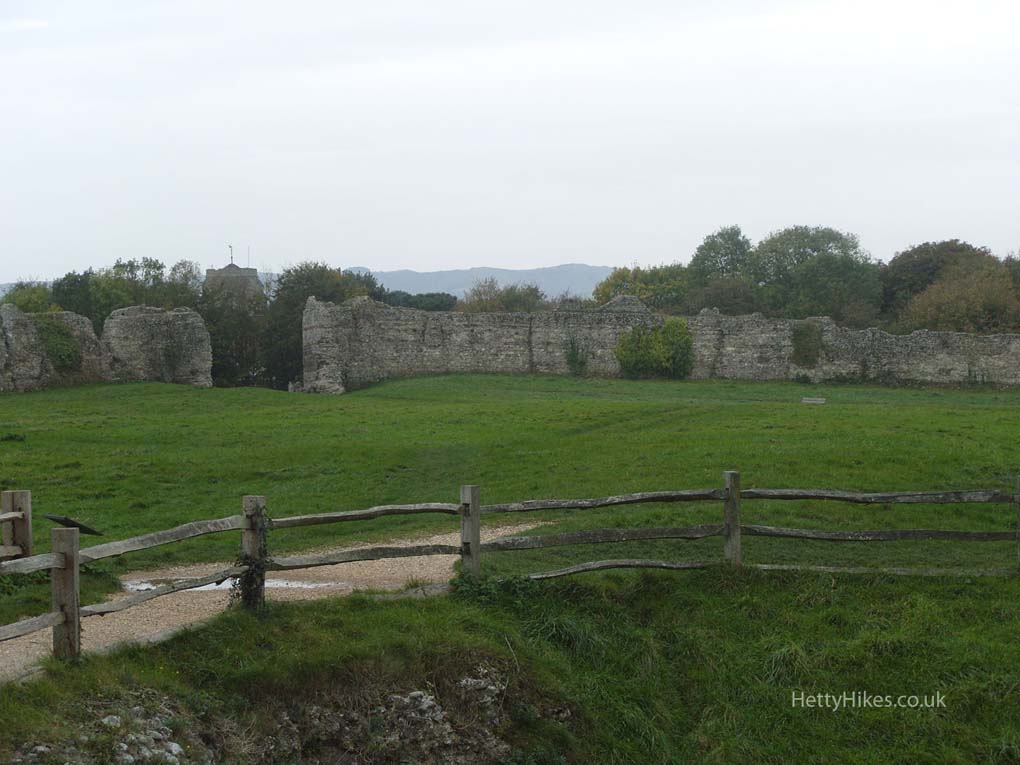 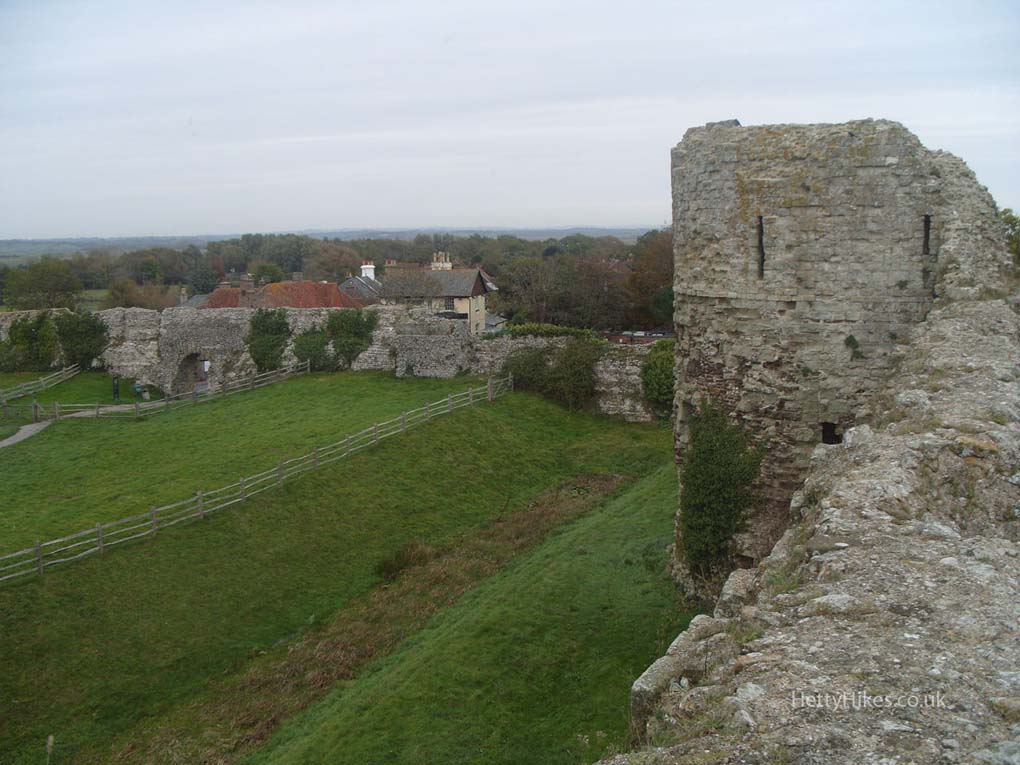 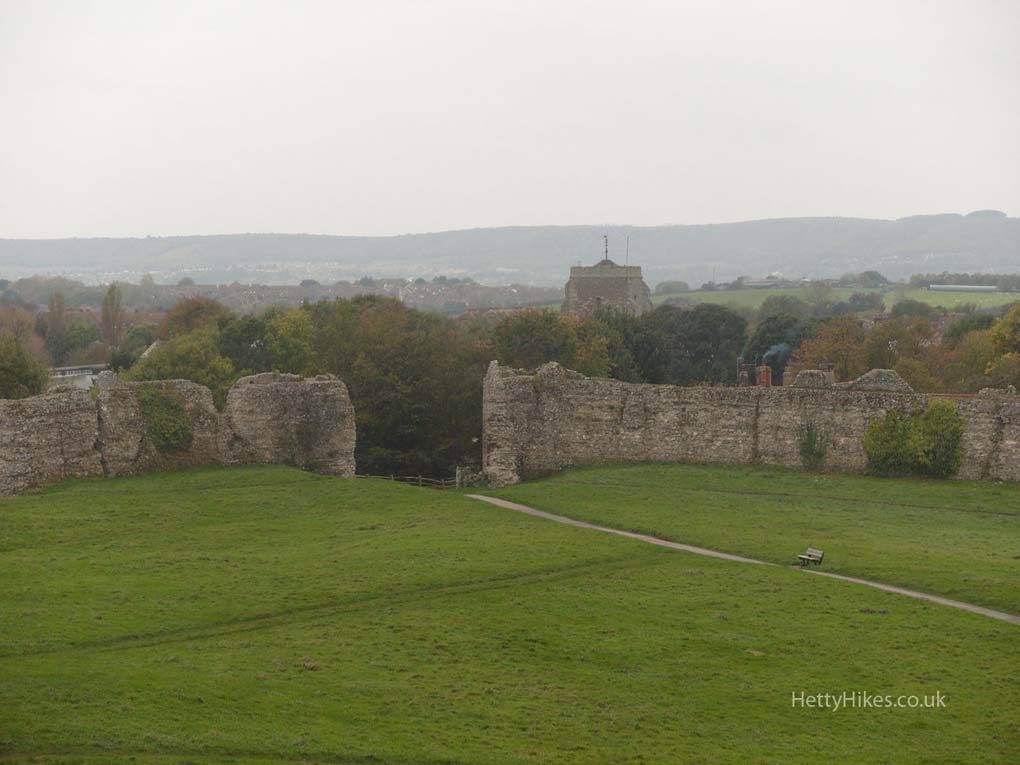