After looking around Aquileia, we caught the bus to Grado and looked around the historic centre.

Grado, like Venice, is on an island in a lagoon, and at one time it was more important than Venice. Both cities were formed by Romans fleeing from invasion on the mainland. The port at Grado took over from the river port at Aquileia. Now there is a long causeway, and it is a beach resort. 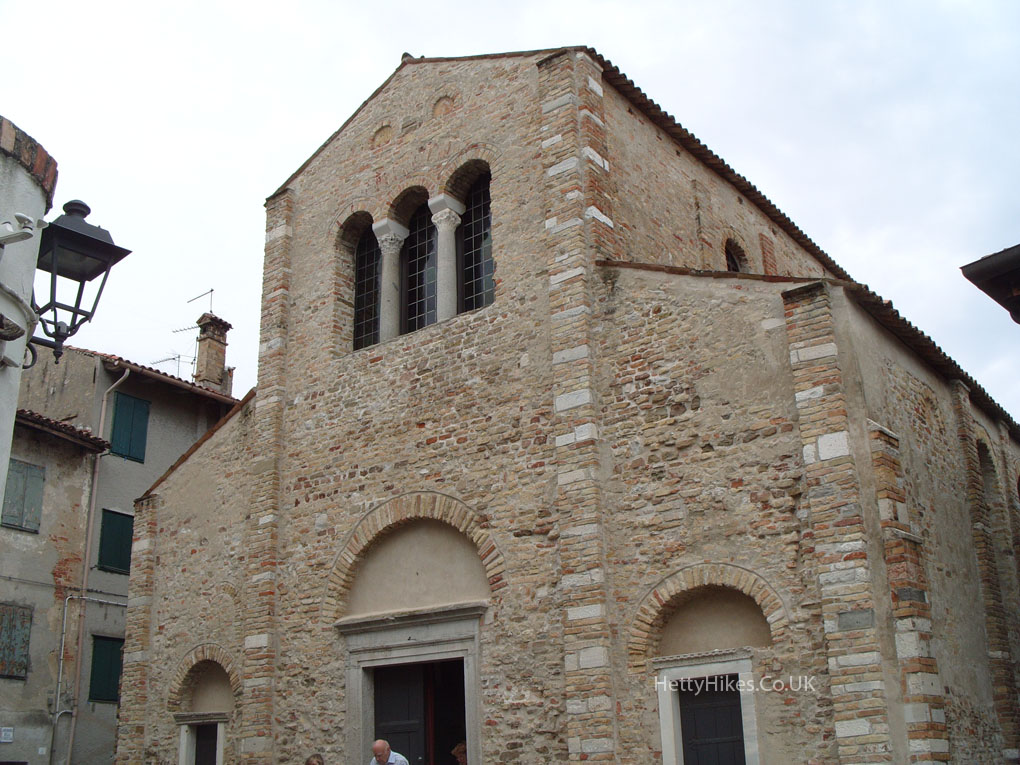 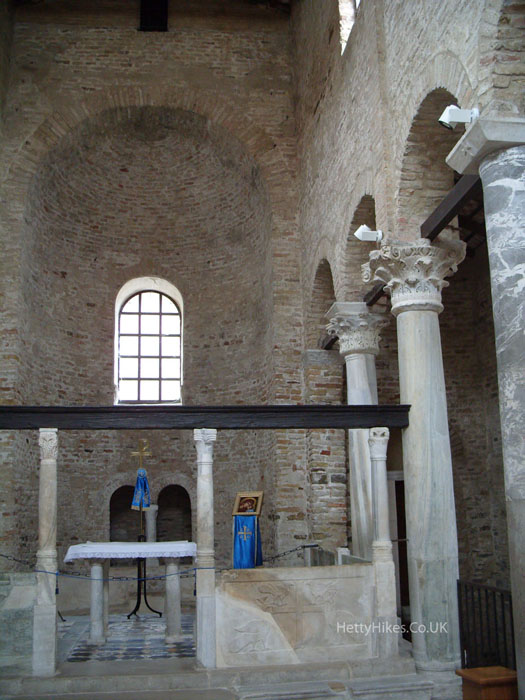 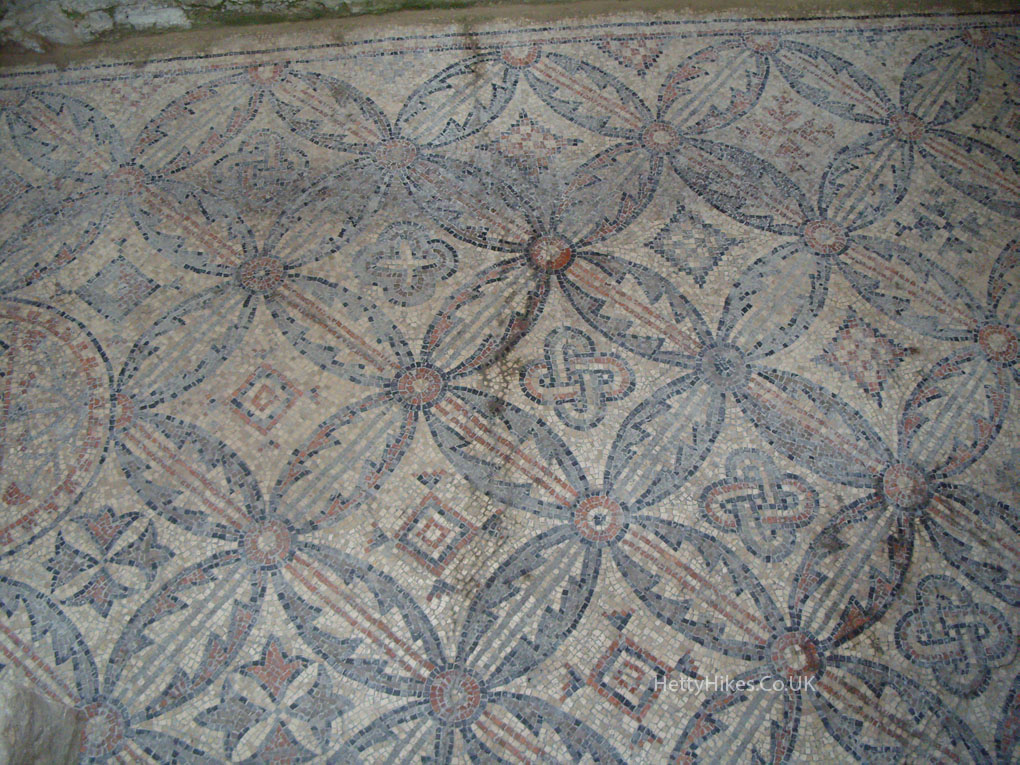 The Duomo or Basilica di Sant’Eufemia is the Cathedral. It dates from the 6th century and replaced an earlier church. It has a 15th century bell tower with a hollow copper statue of St Michael (1875) that rotates in the wind 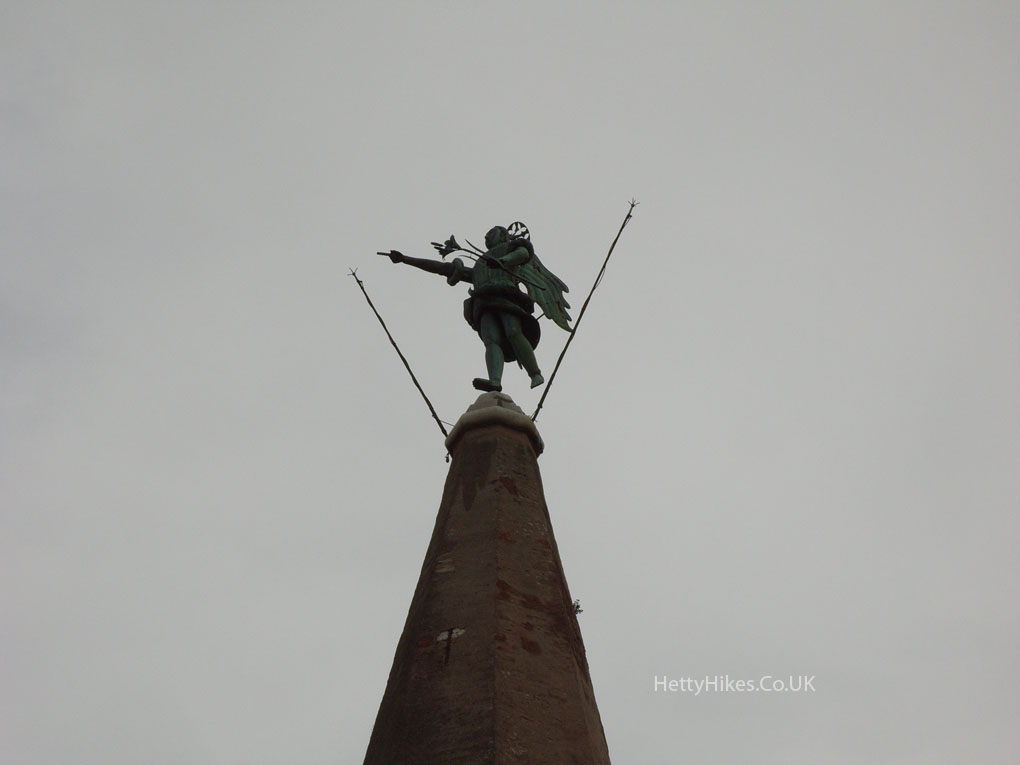 Inside the cathedral, the unusual pulpit is 11th century 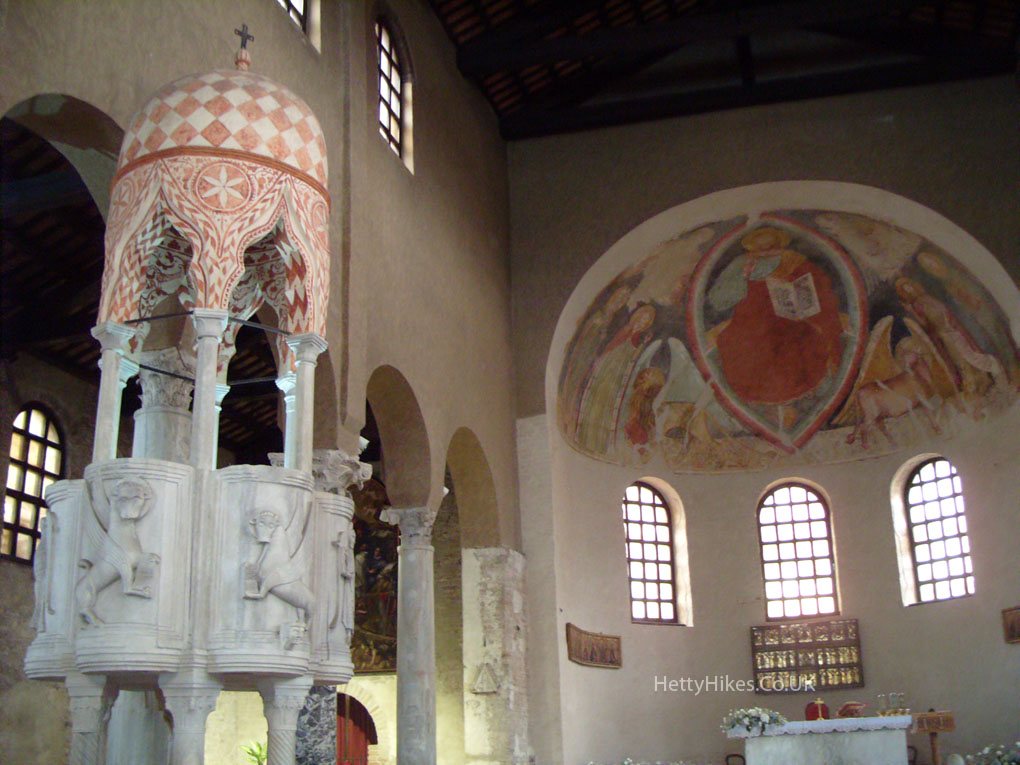 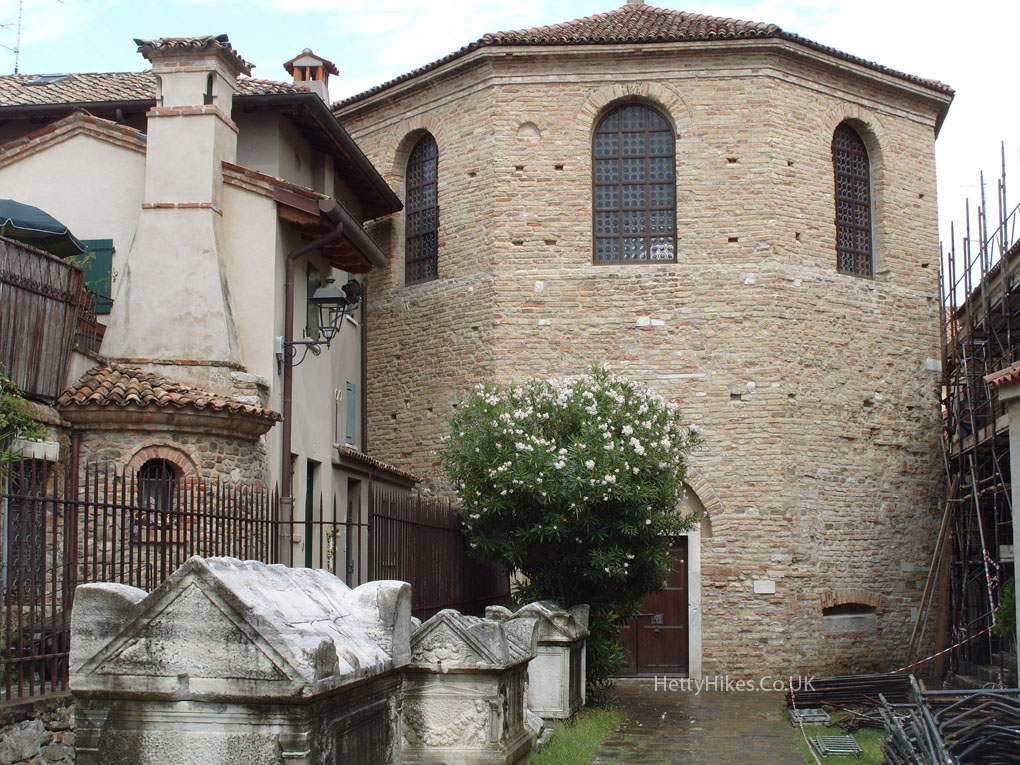 There is a small museum which has Roman grave stones 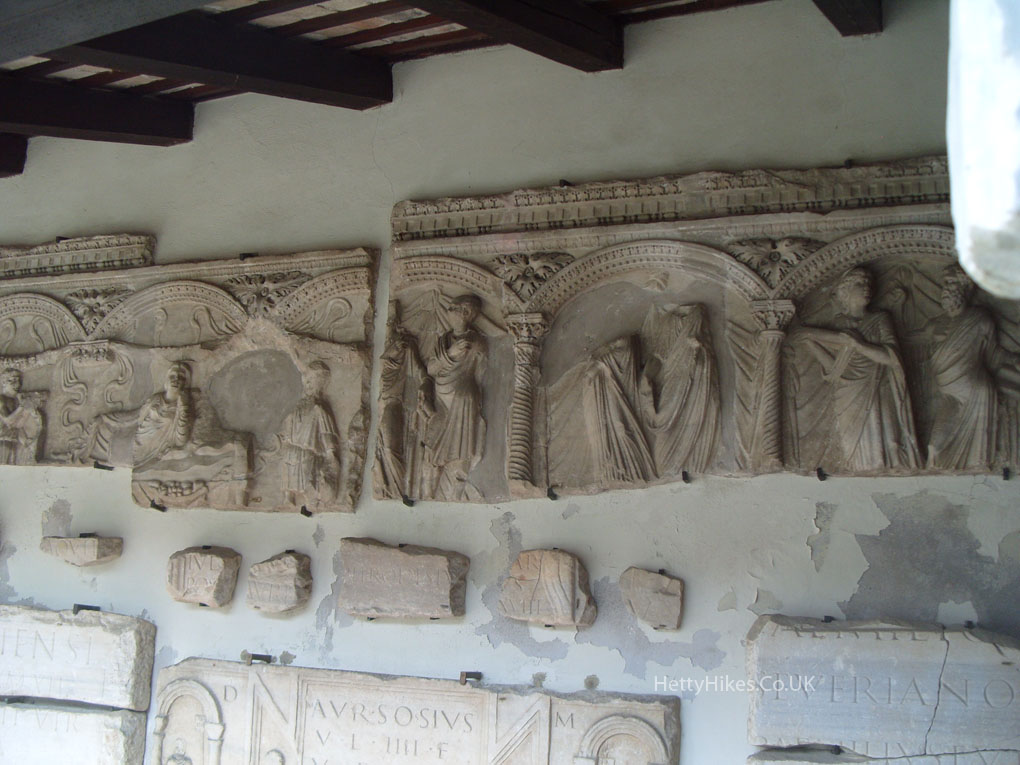 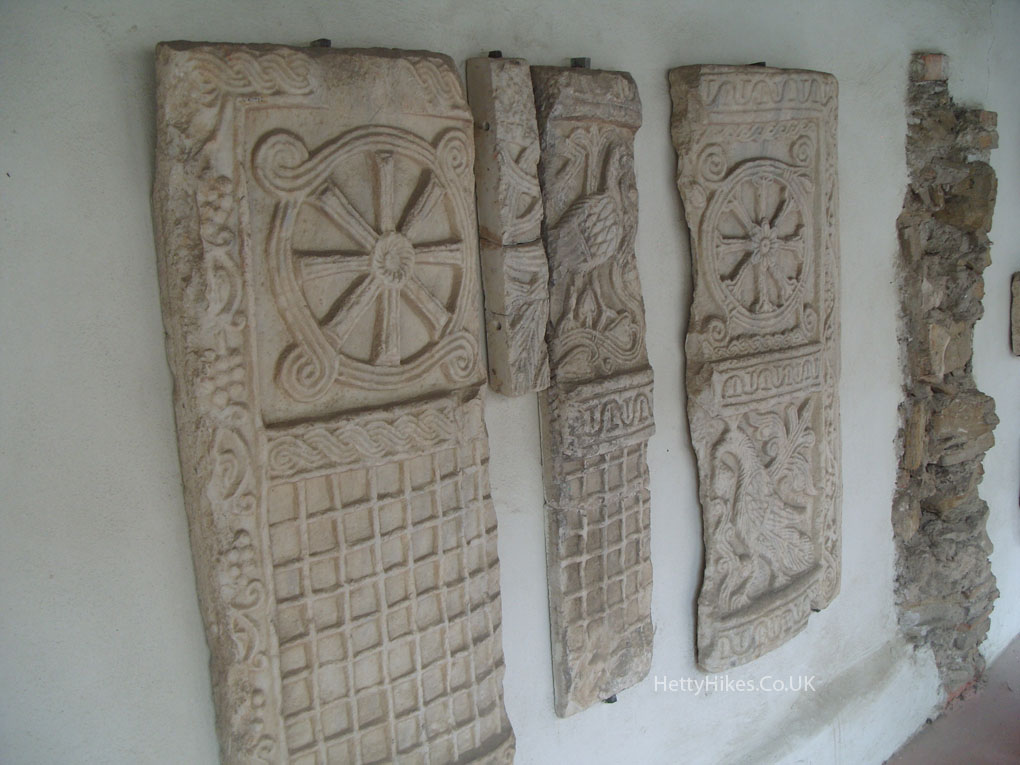 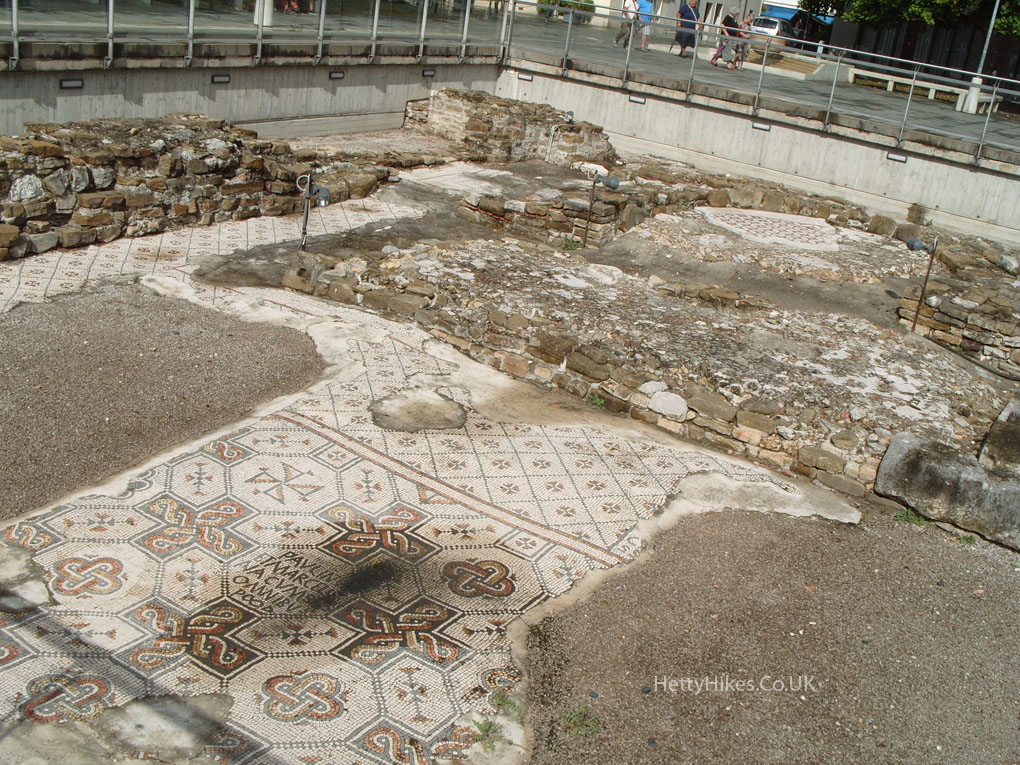 The promenade, looking east towards Trieste and Slovenia Looking north across the lagoon towards the mountains

We loved the dolphin fountains by the harbour-canal 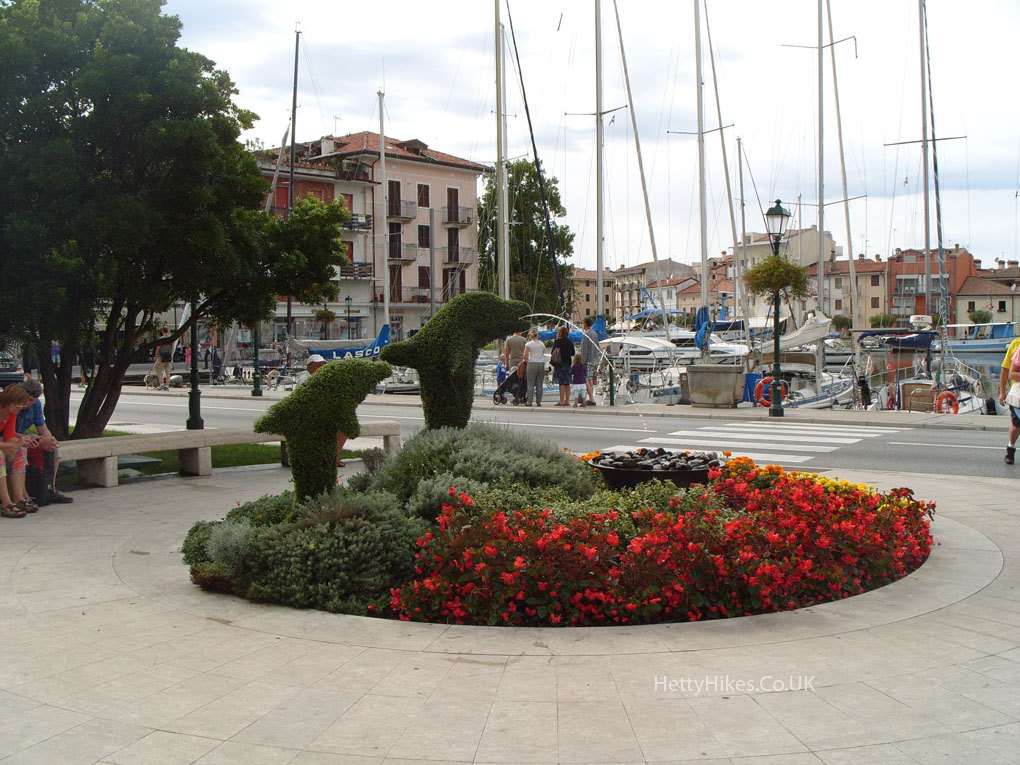 We caught the bus from Aquileia Centro