We parked at Seven Springs – this source of the River Thames is the furthest from its mouth, and never runs dry 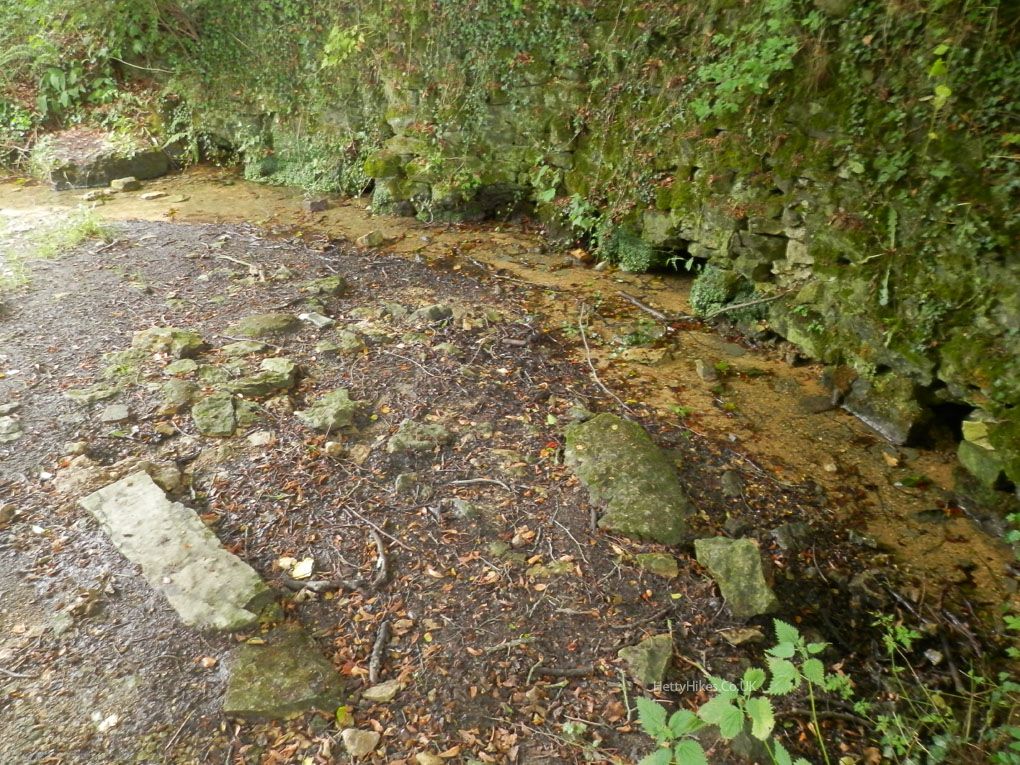 We walked through the small village of Coberley, to the church; which is nearer to the long gone Court and medieval centre 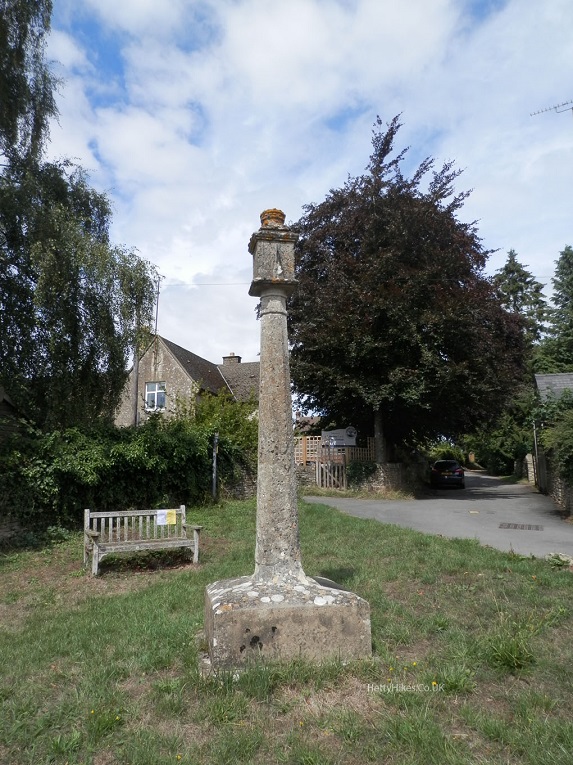 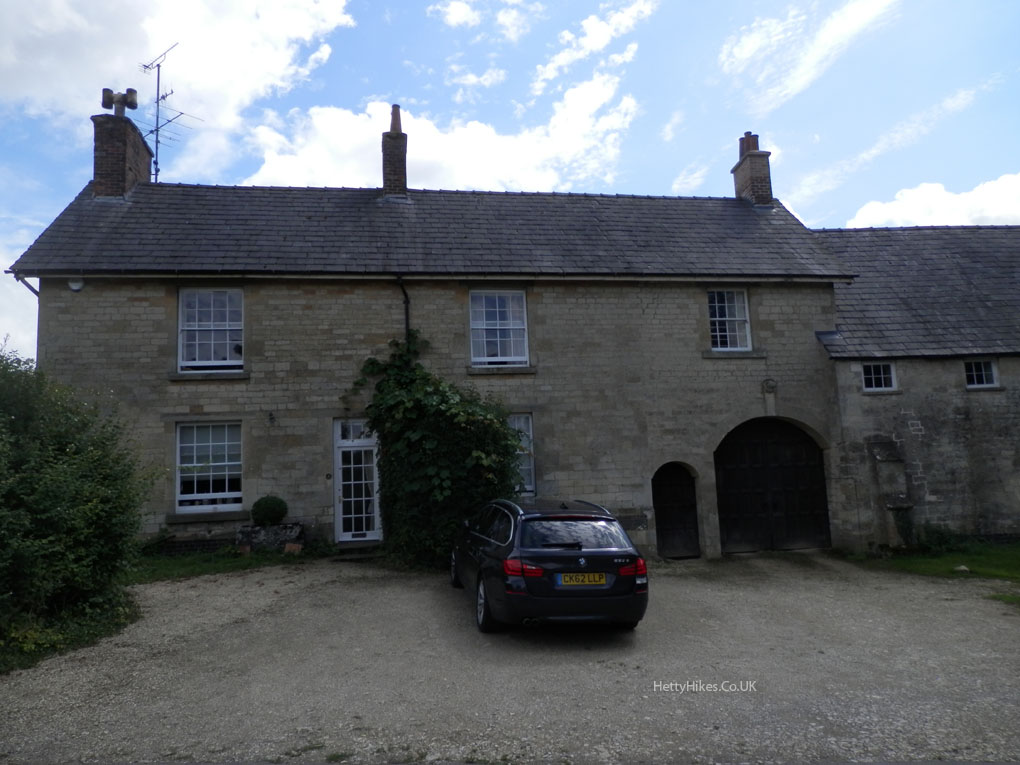 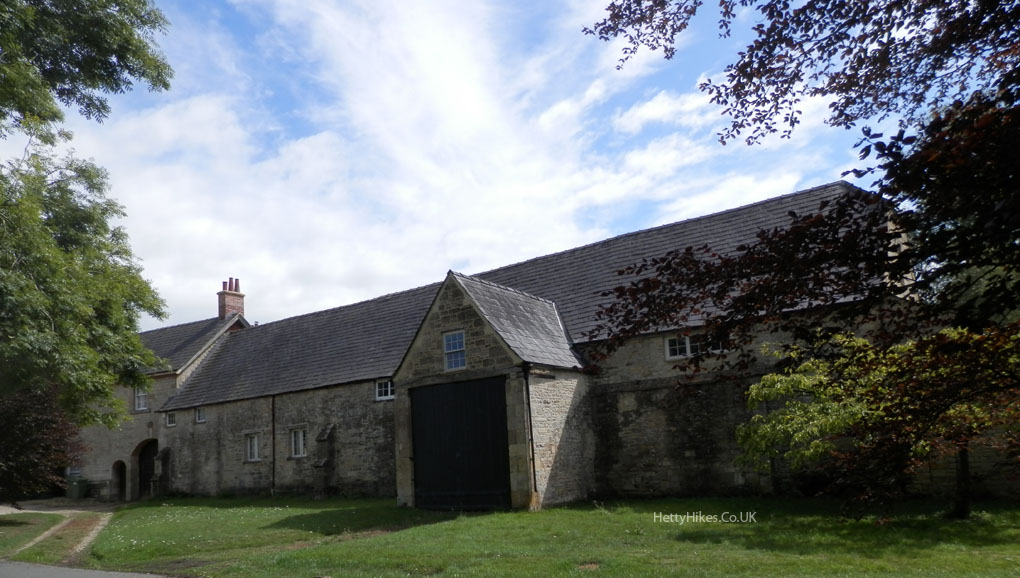 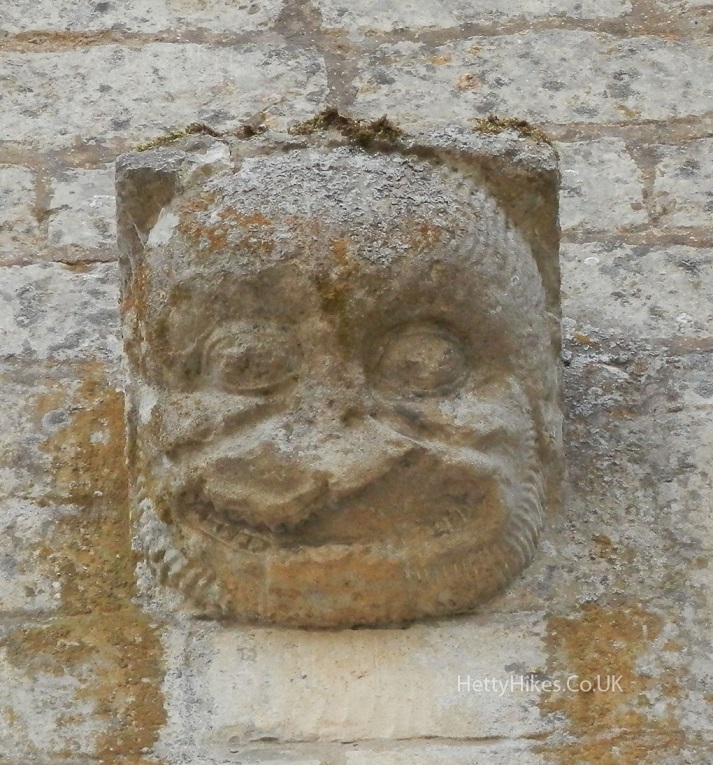 Coberley church originated in the 12th century, was enlarged in the 14th century and renovated in Victorian times 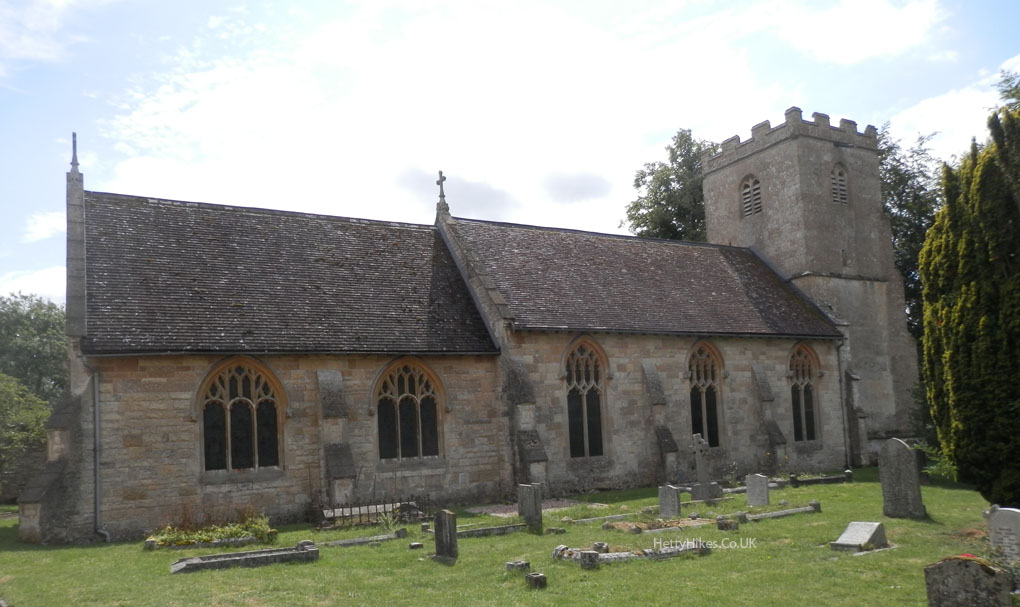 There is a curious low, small window, and a nice lion 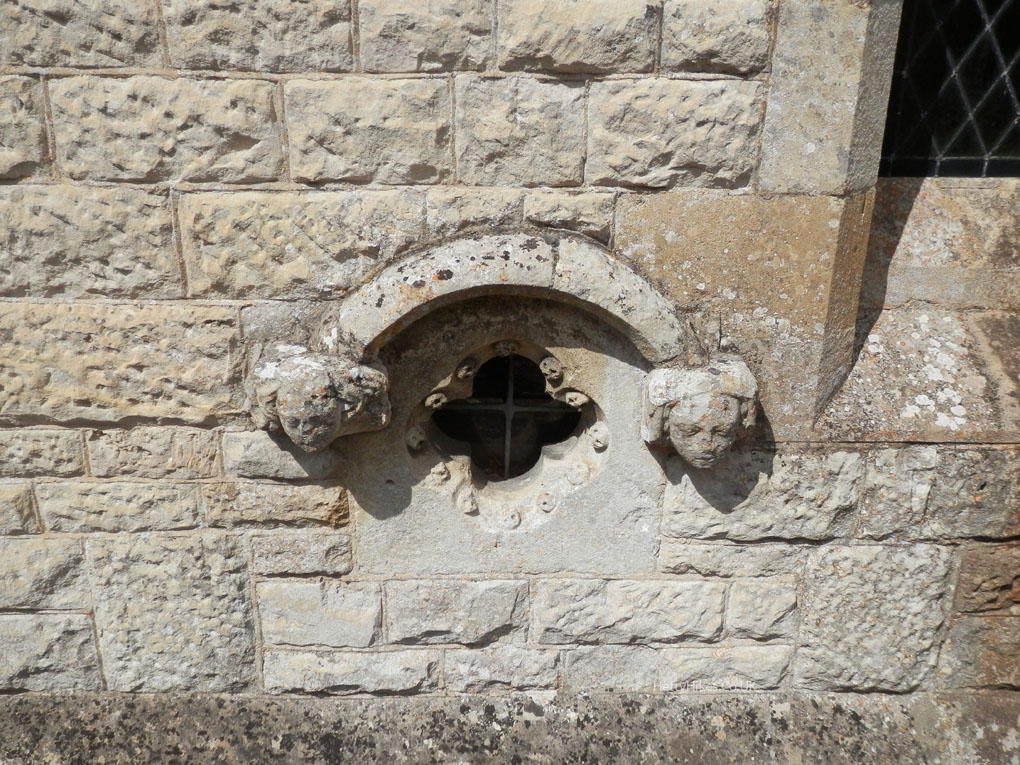 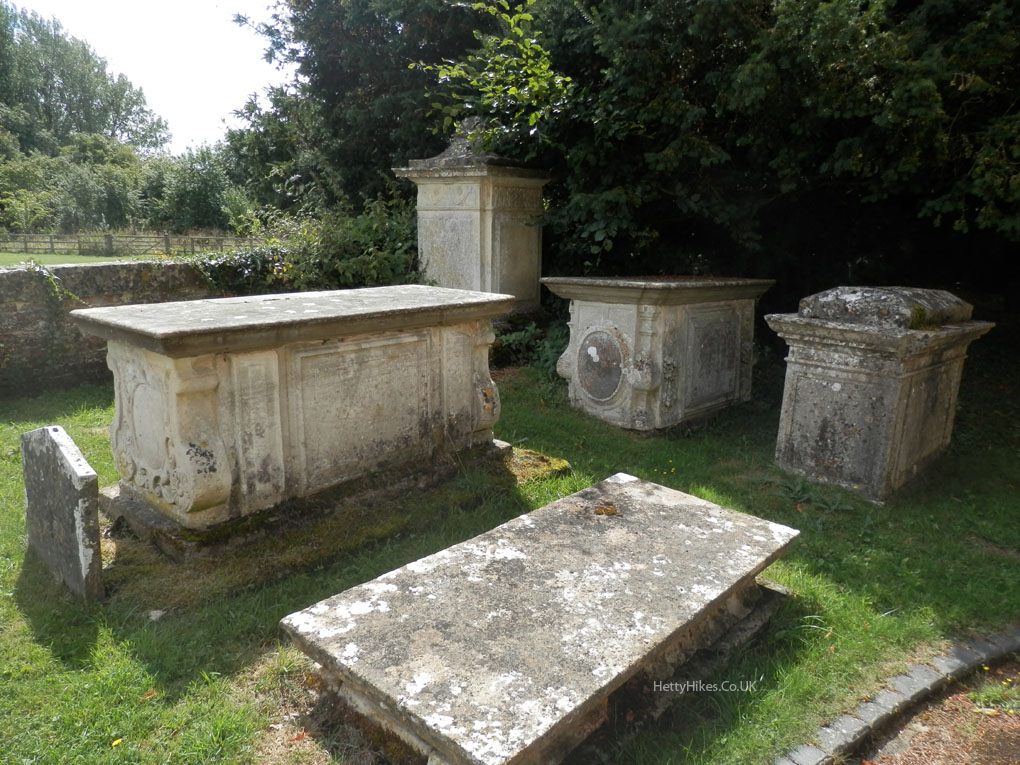 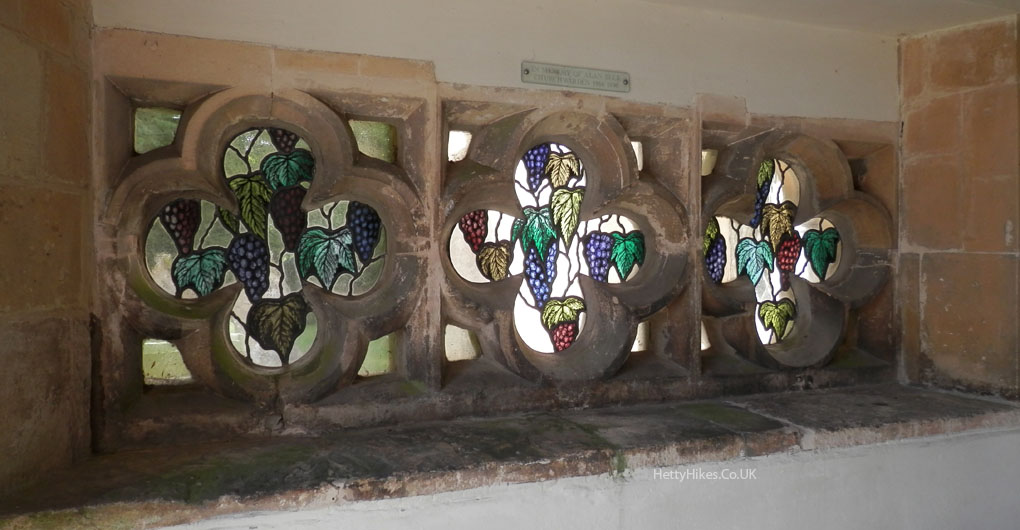 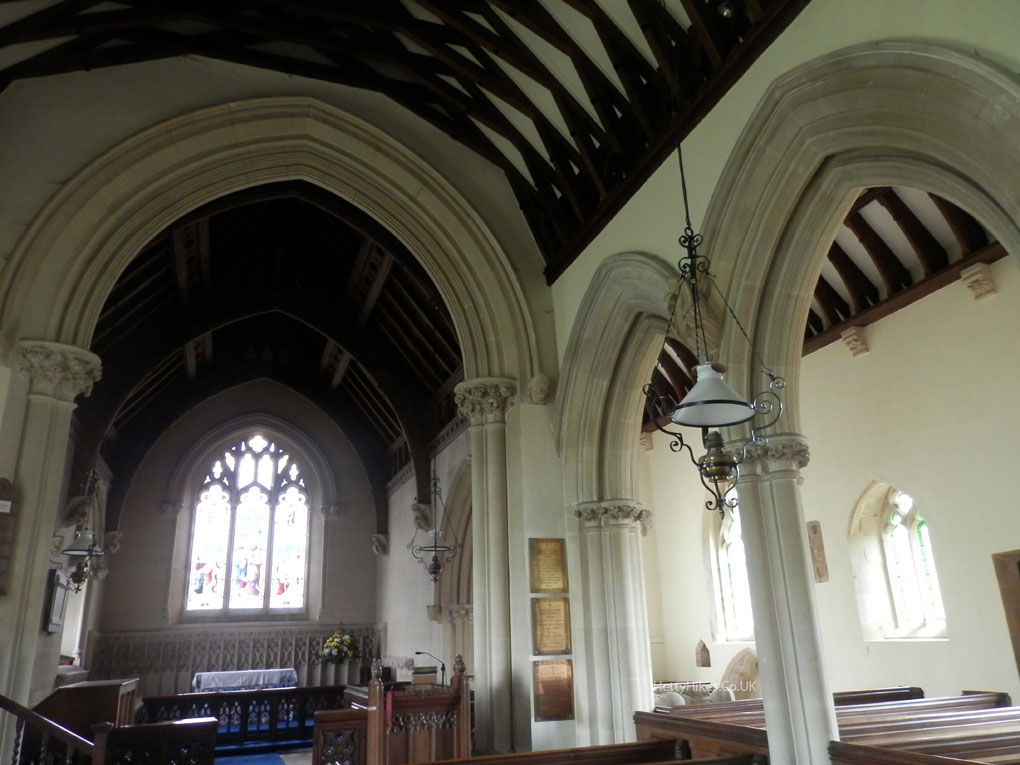 Tombs of Sir Thomas Berkeley (who rebuilt the church), Lady Joan Berkeley, and a Berkeley child (presumably). The widowed Joan later became step-mother to Richard (Dick) Whittington. It is curious that her tomb is with her first husband; perhaps it was because her 2nd husband (Sir William de Whittington) was outlawed for marrying the Berkeley widow without Royal sanction, and had his estate confiscated. 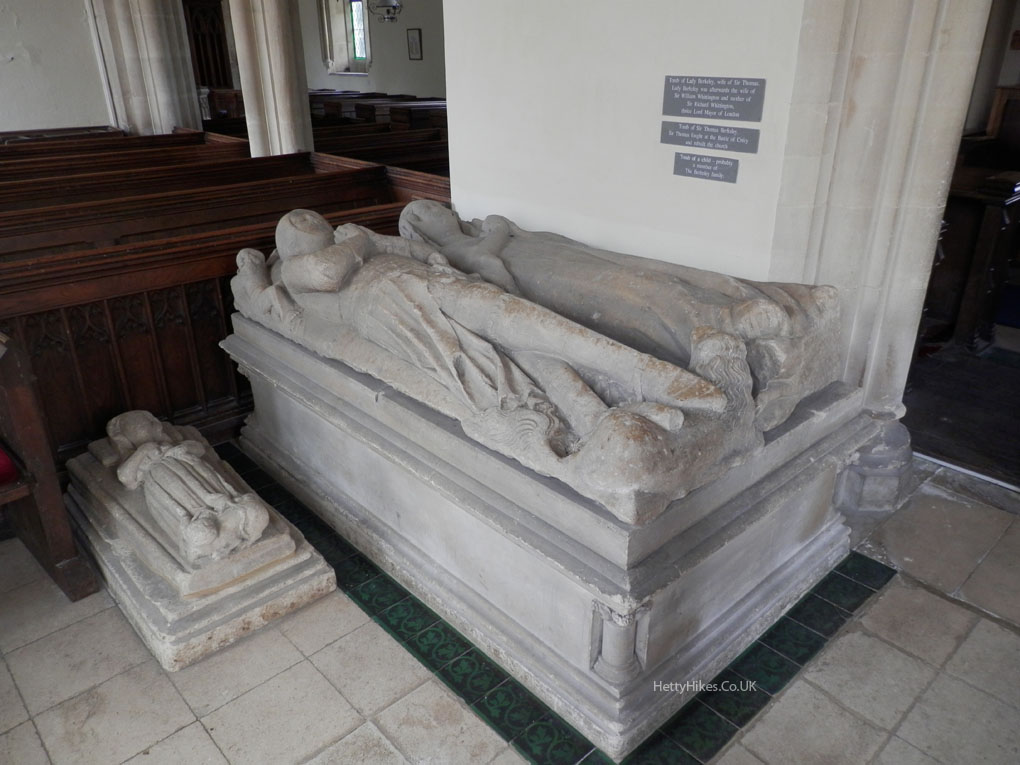 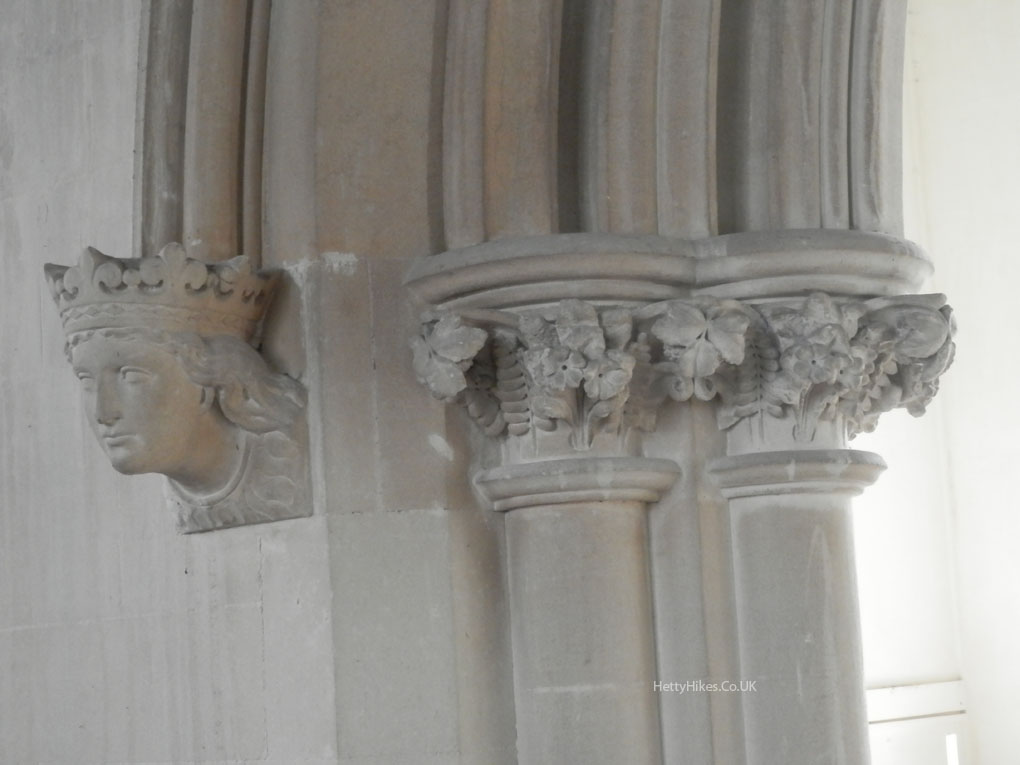 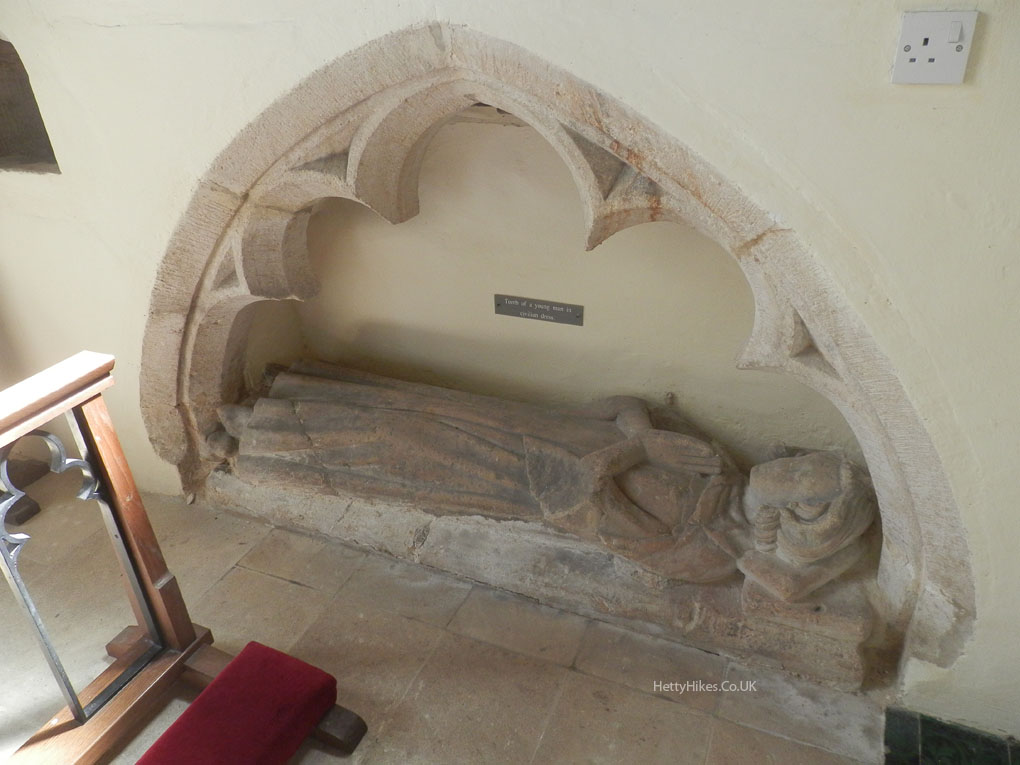 The church was original part of Coberley Court, which is long gone, but this doorway led from the Court to the church The church and farm 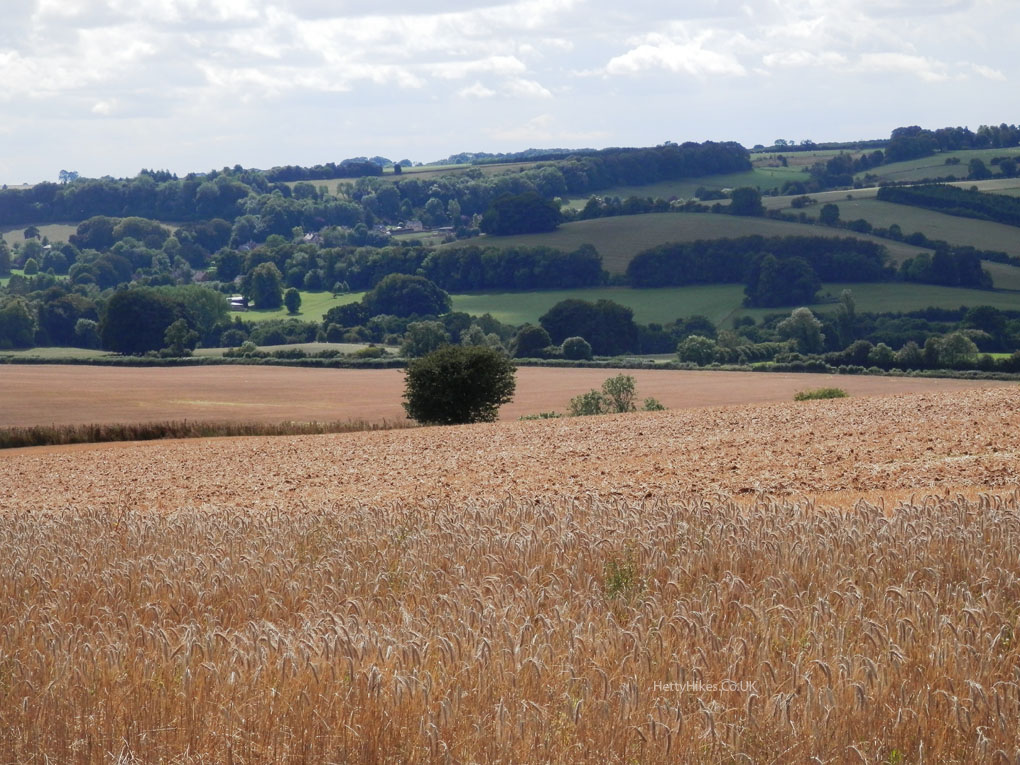