Malmöhus – Malmo castle, square with round towers at each corner, and two moats, built in the 1530s, replacing a previous one. It was destroyed by fire in 1870, and  rebuilt 1937. Mary Queen of Scots’ 3rd husband was imprisoned there. It now houses several museums. 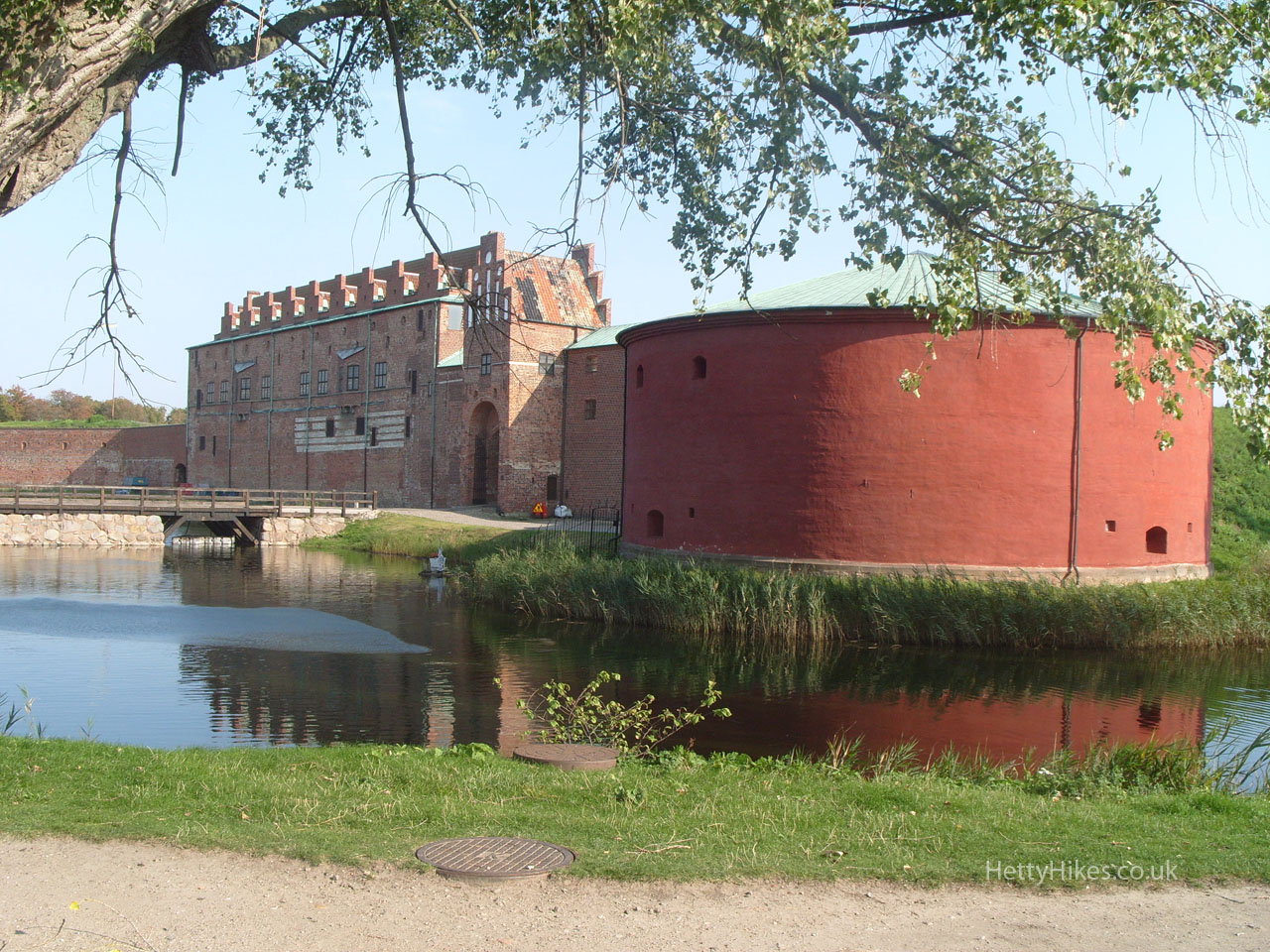 Inside the castle courtyard 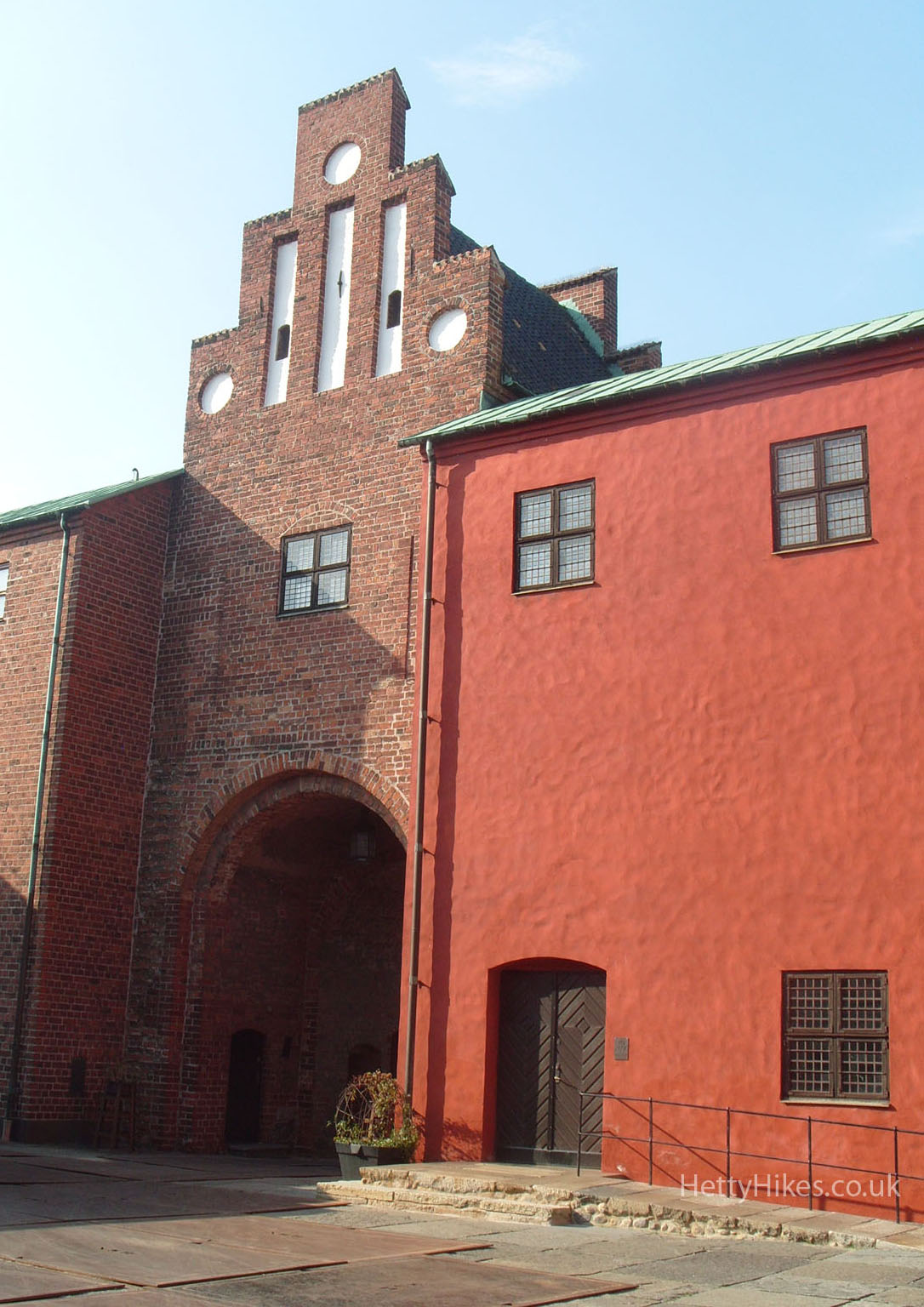 Turning Torso
A 190-metre high residential building, with 54 storeys and a 90 degrree twist, opened in 2005

Outside the Technology and Maritime Museum in the Kungsparken (Kings Park) 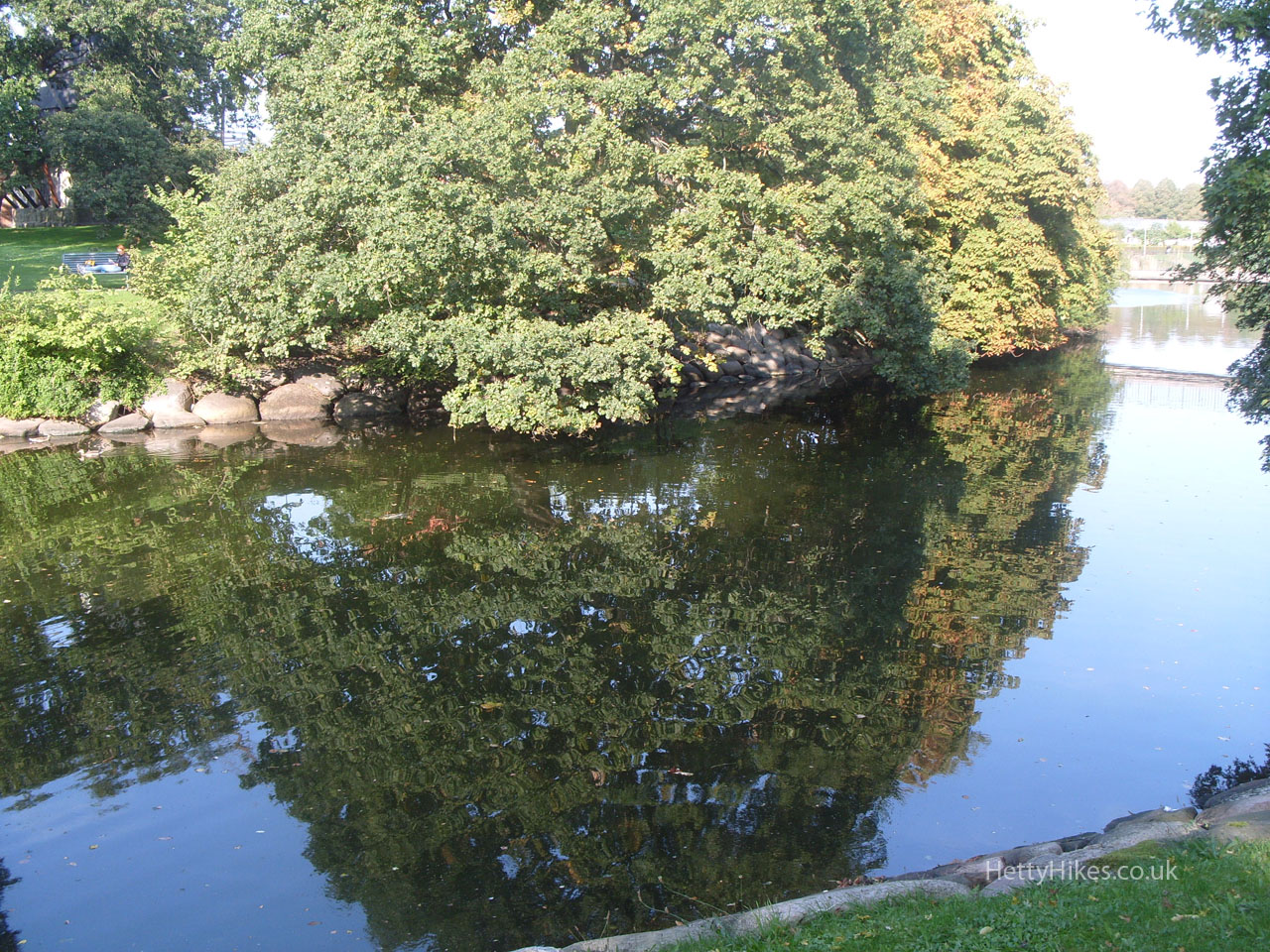 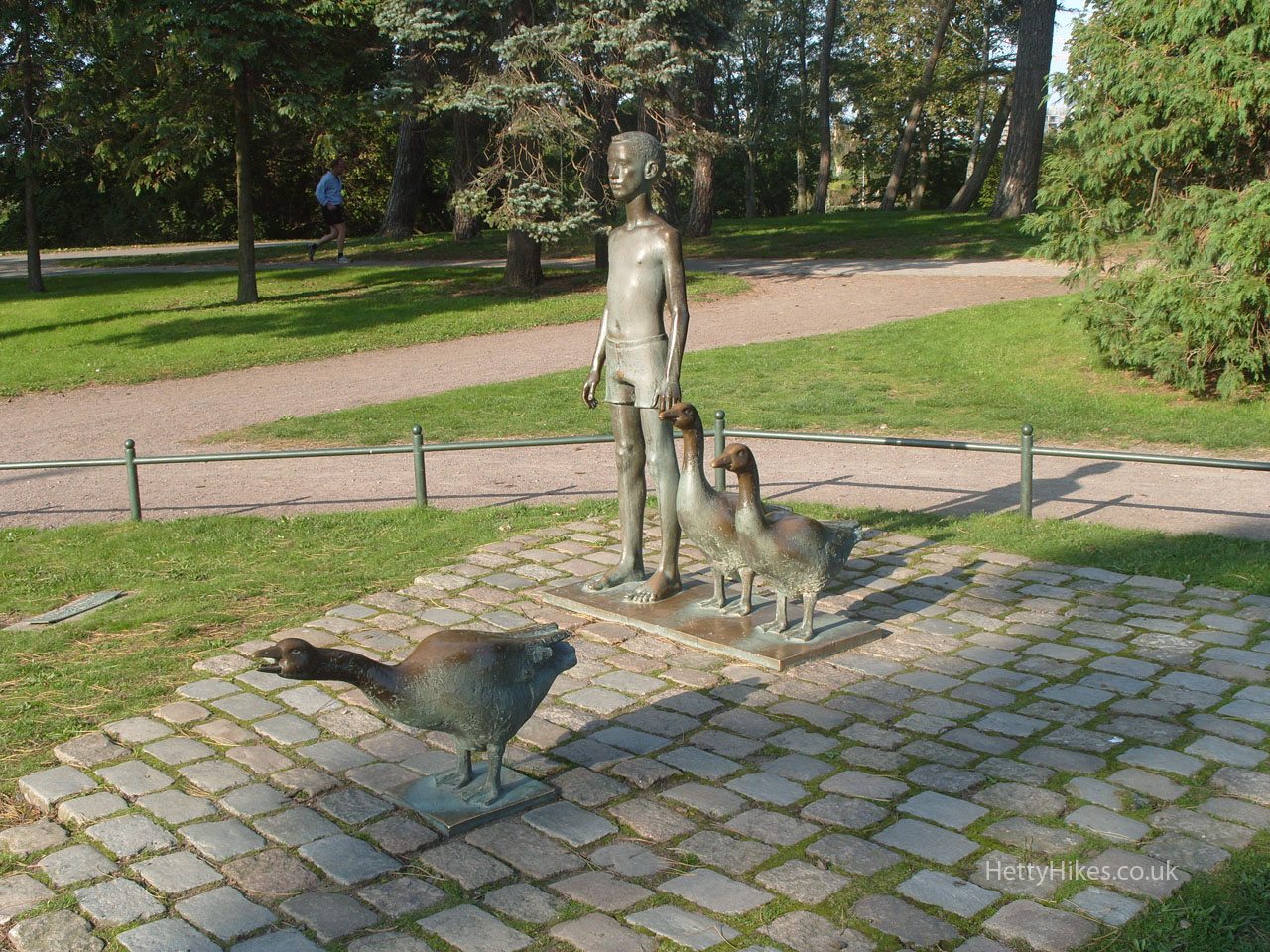 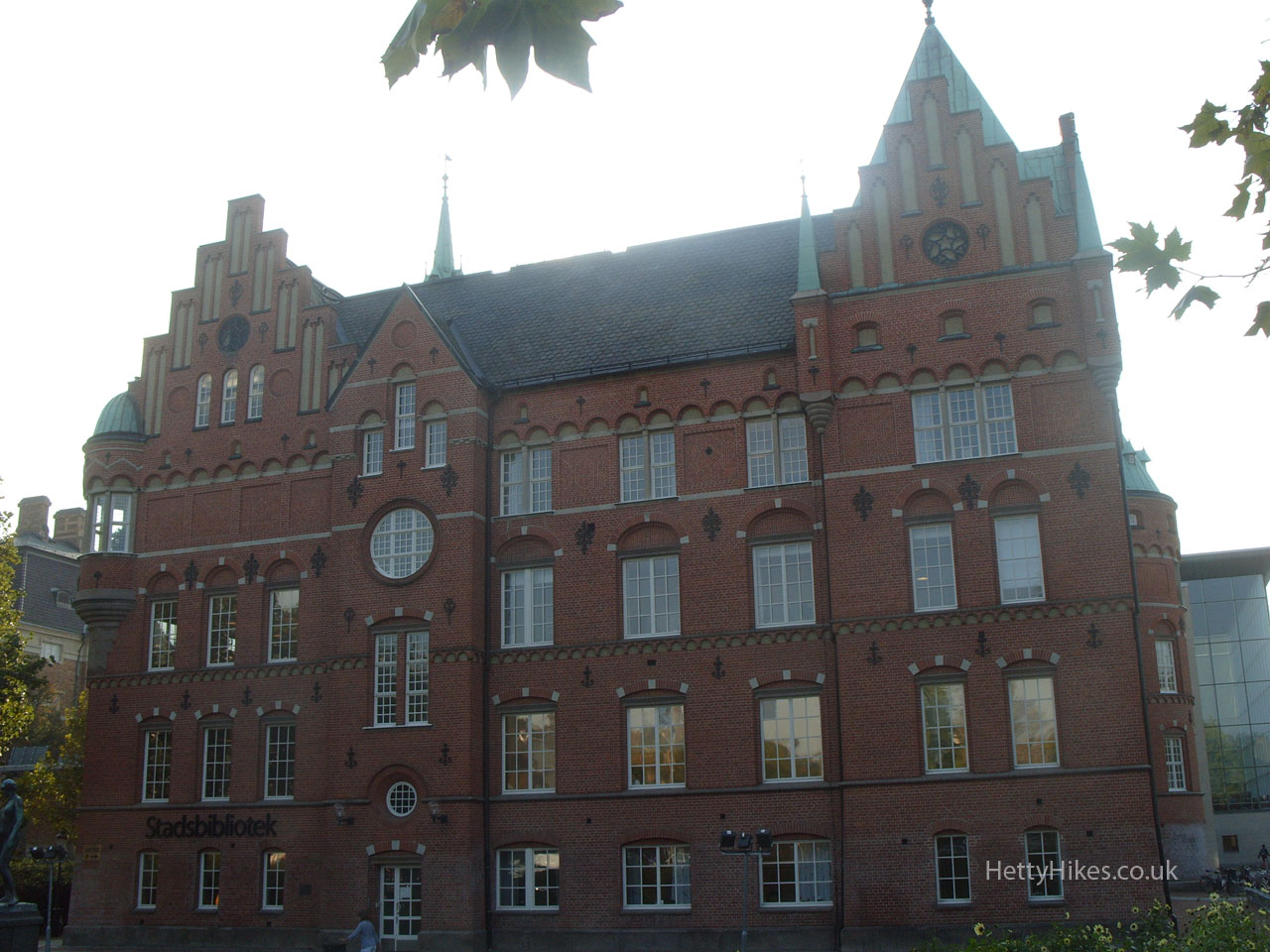 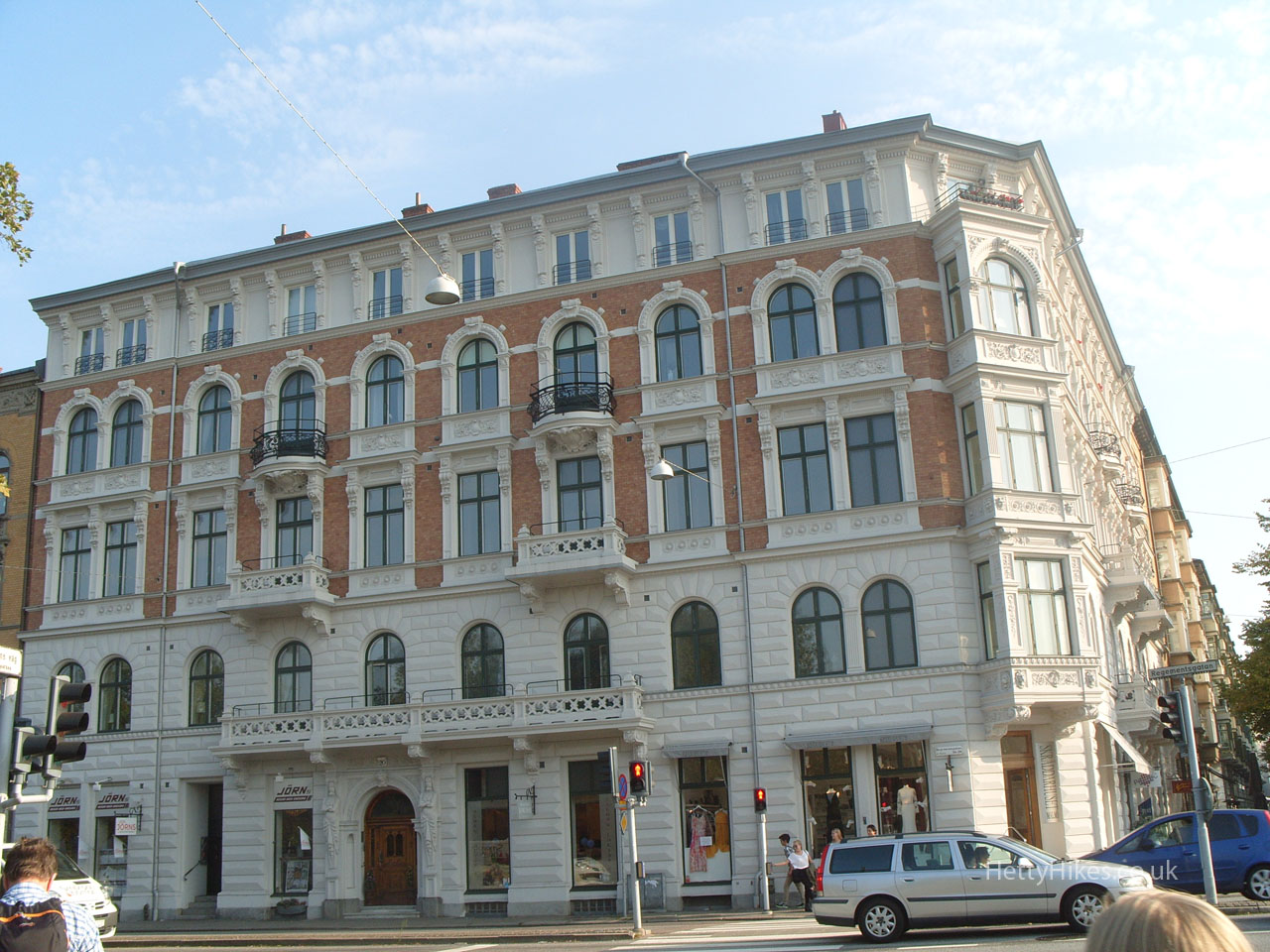 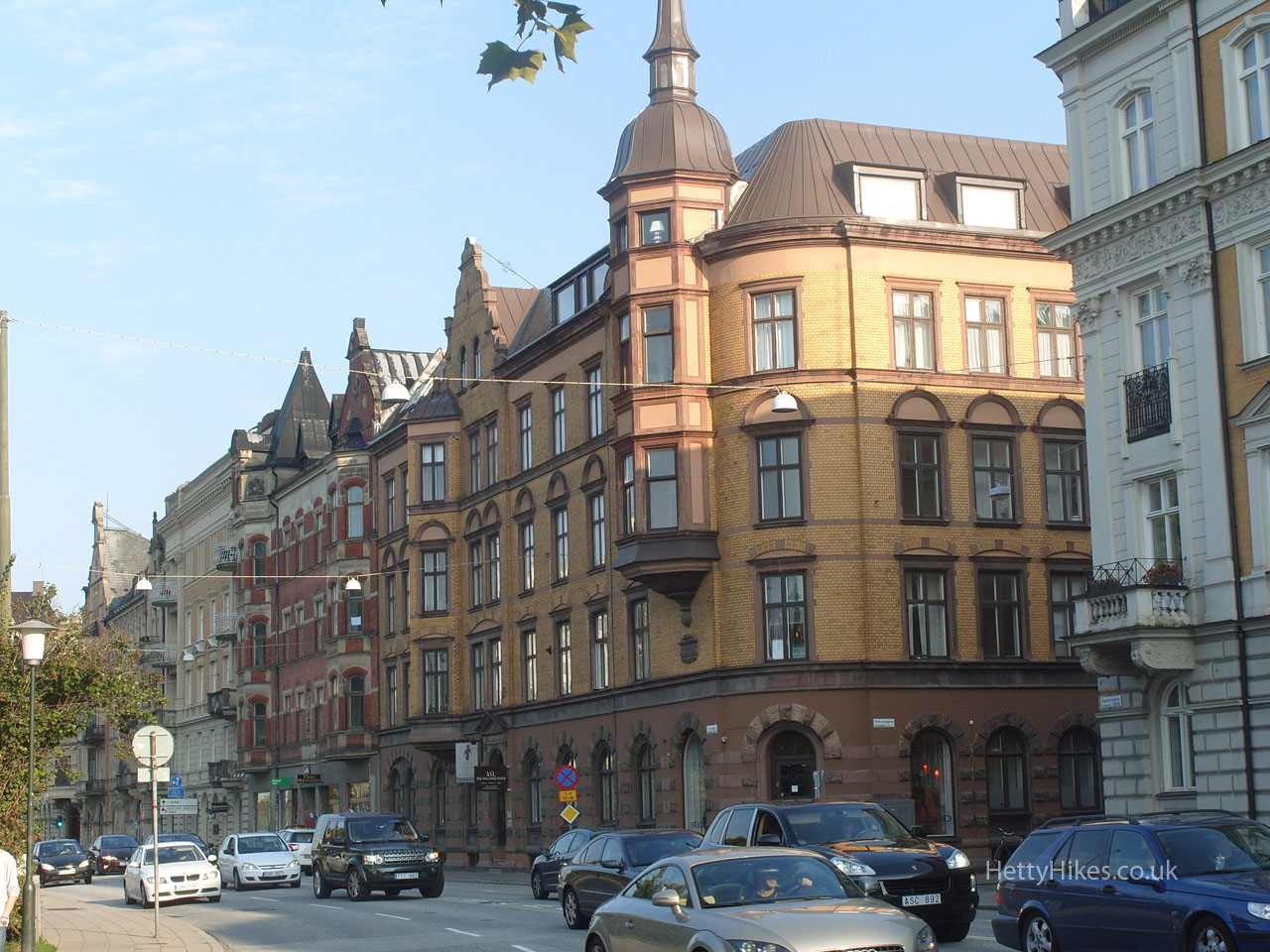 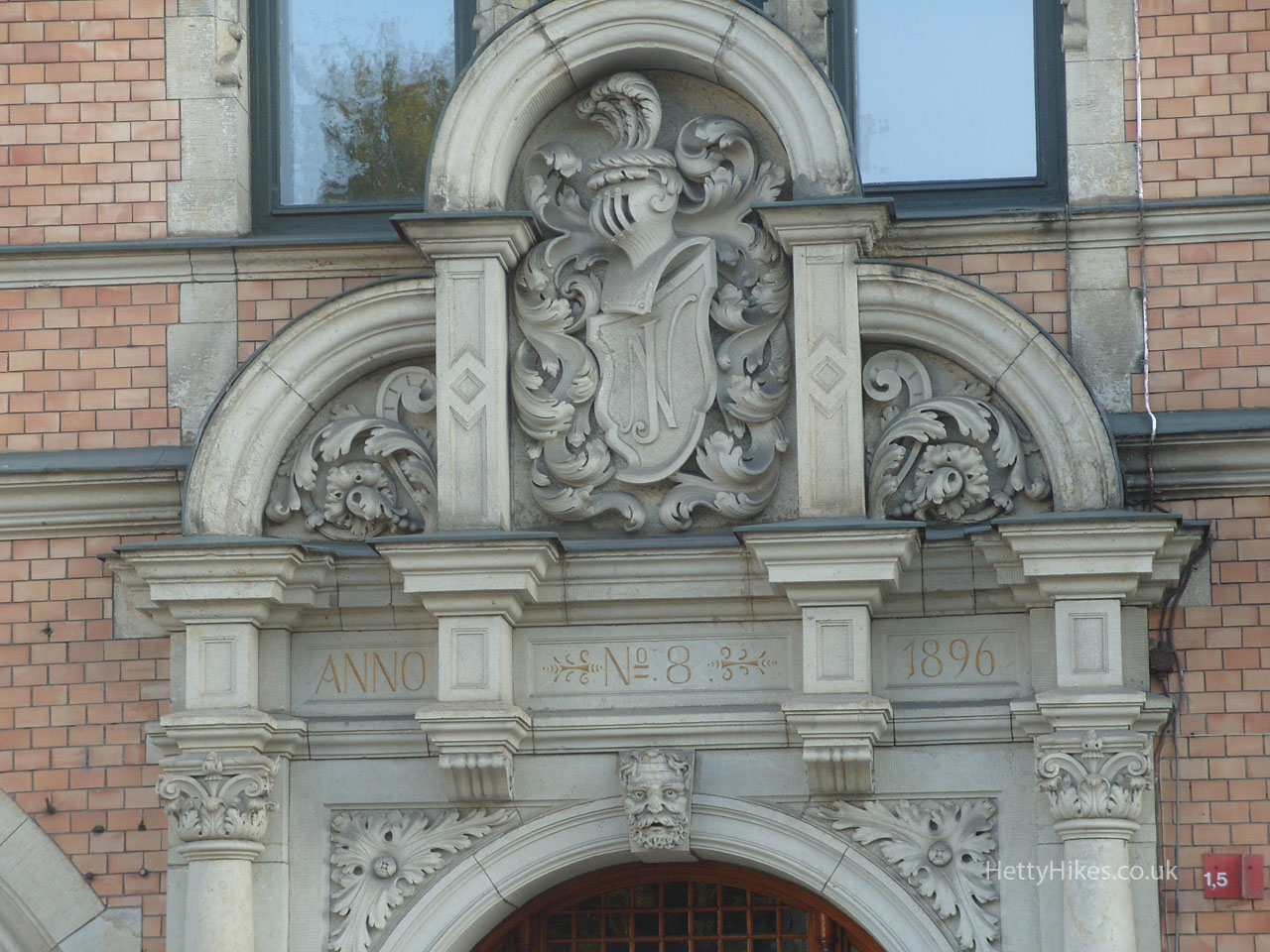 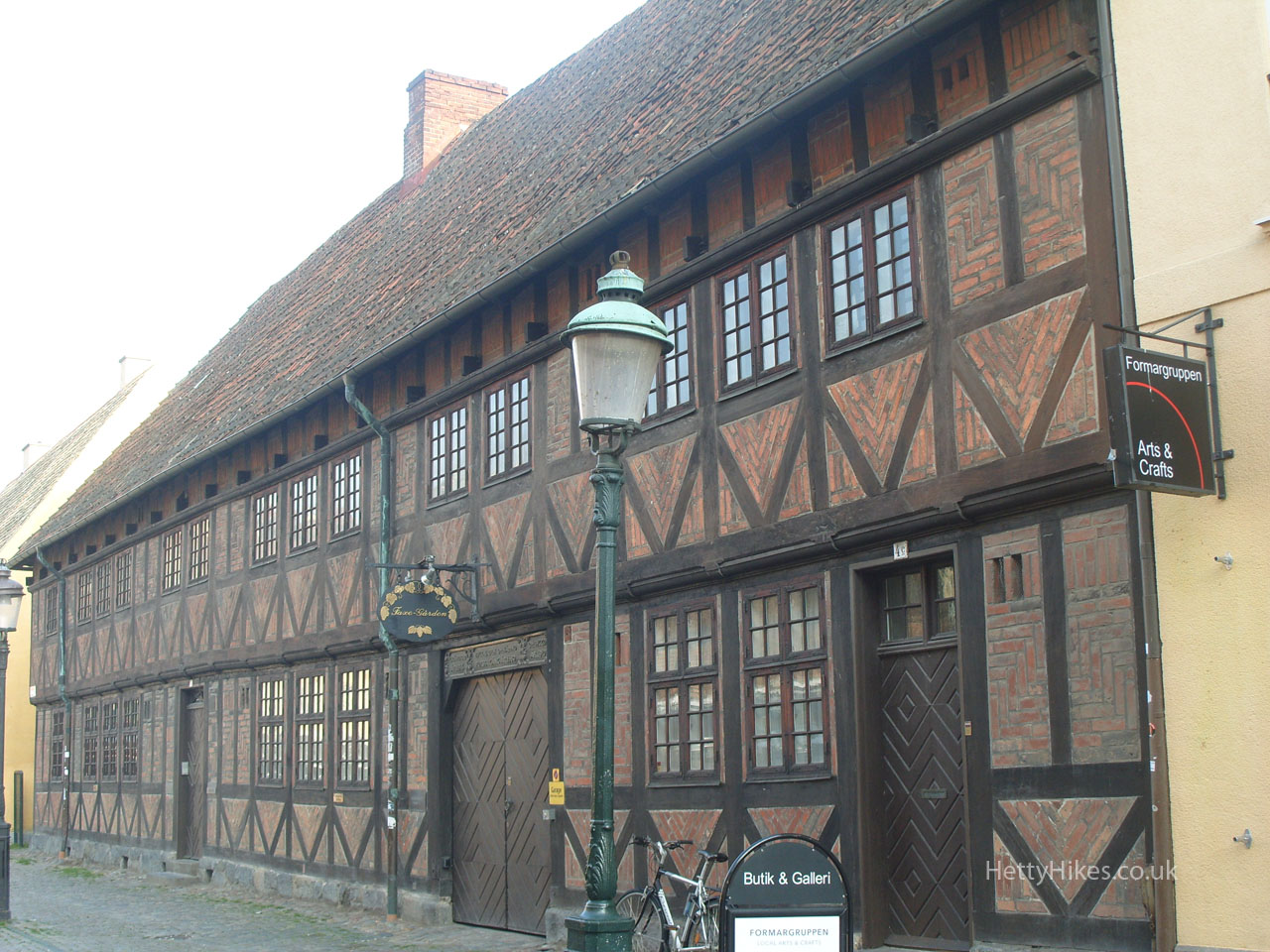 The Town Hall, originally built in 1546, the facade was redecorated in the 1860’s in Dutch Renaissance style. 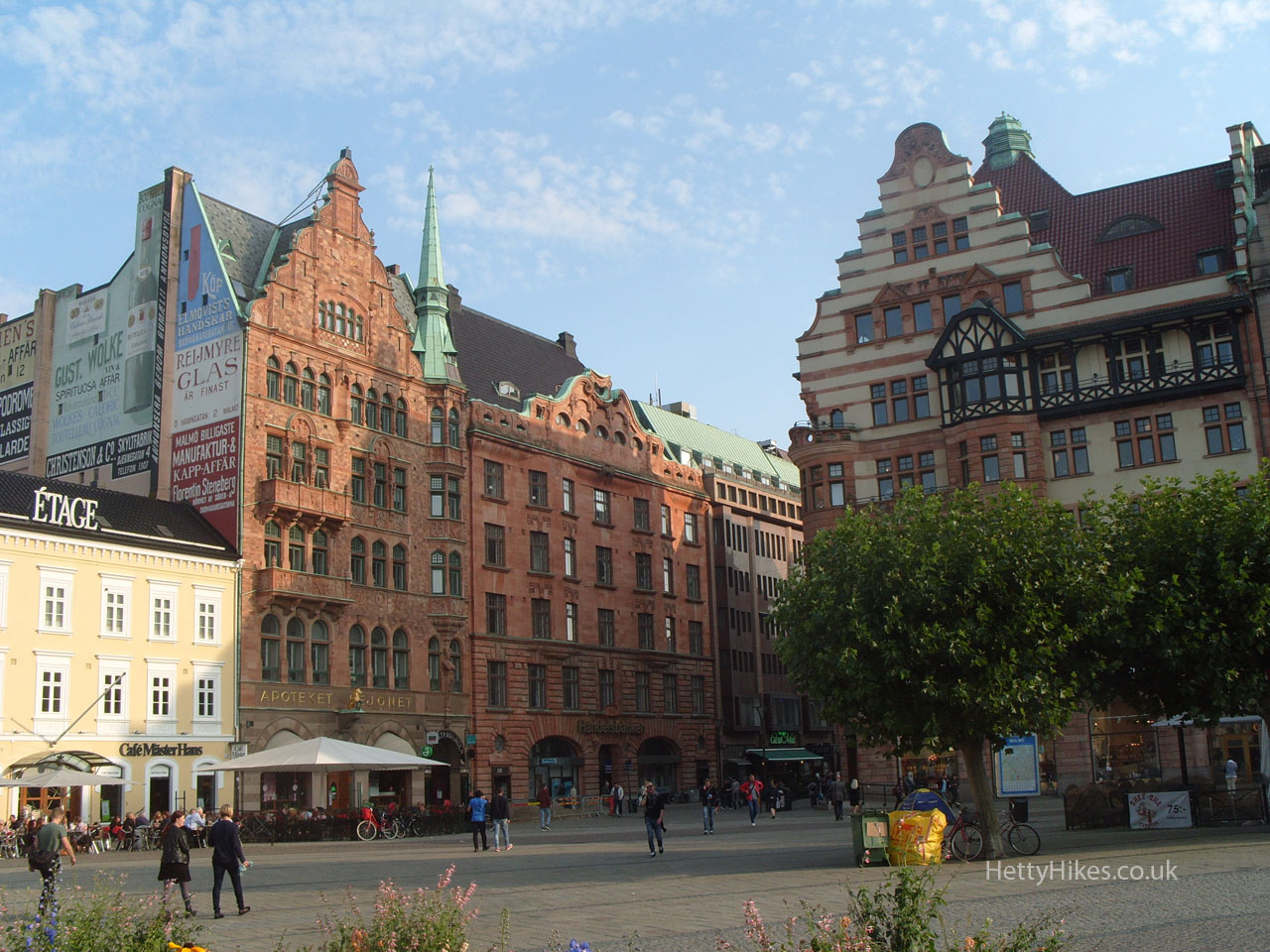 Back to the railway station