John Churchill, 1st Duke of Marlborough, led the victory at the Battle of Blenheim in 1704, against France. As a reward he was granted a park and ruined Royal Manor at Woodstock (where Elizabeth I, before her succession, was imprisoned by her half-sister Mary I). Parliament granted him money to build a house.

1764 – 1774 Capability Brown redesigned the parkland, removed the formal garden, and created a lake

Sir Winston Churchill was born at Blenheim Palace in 1874 – he arrived 2 months early at his grandparents house.

Our first view of this huge palace. The east gate is also the water tower 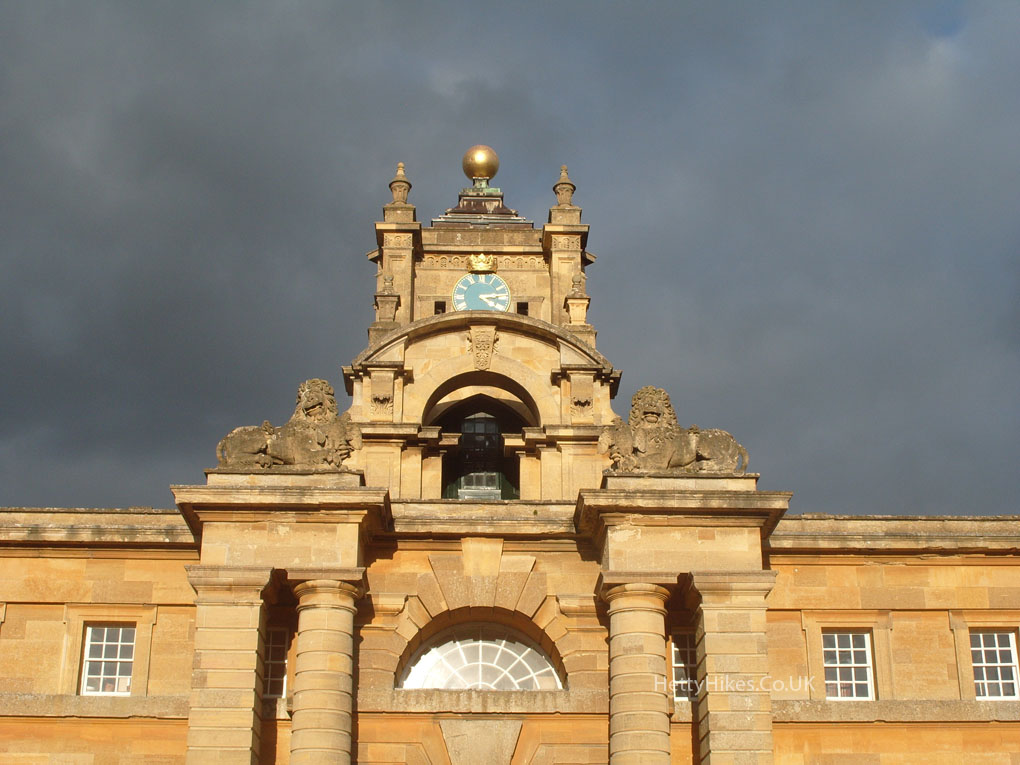 In the Great Court is the entrance to the Great Hall 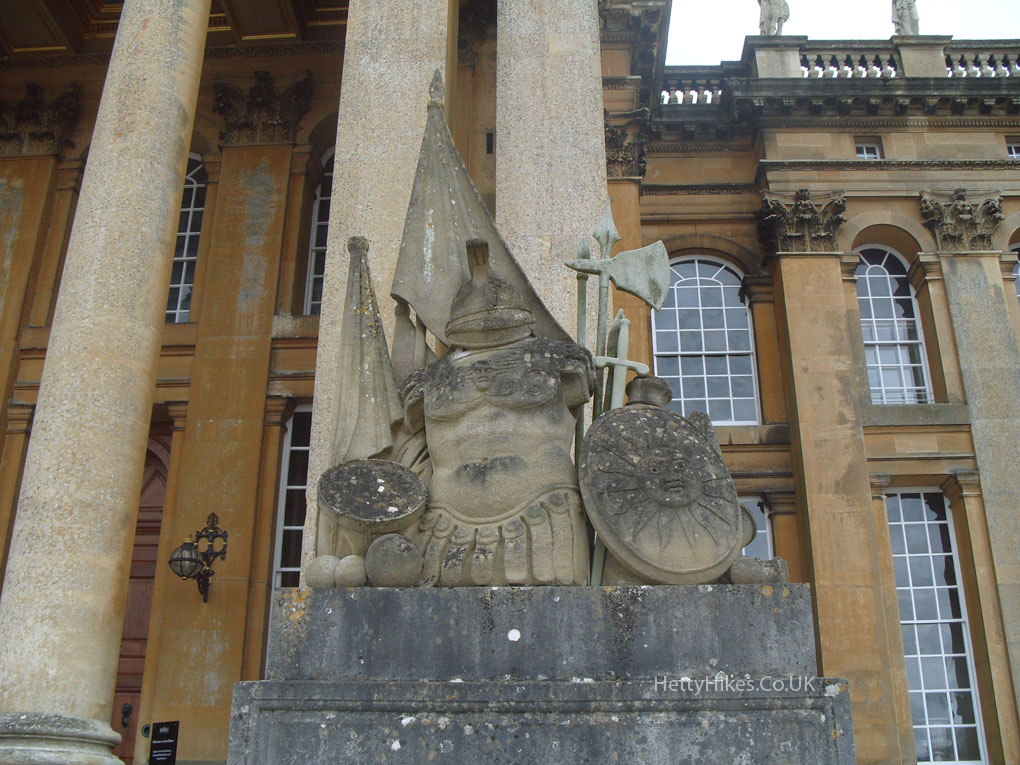 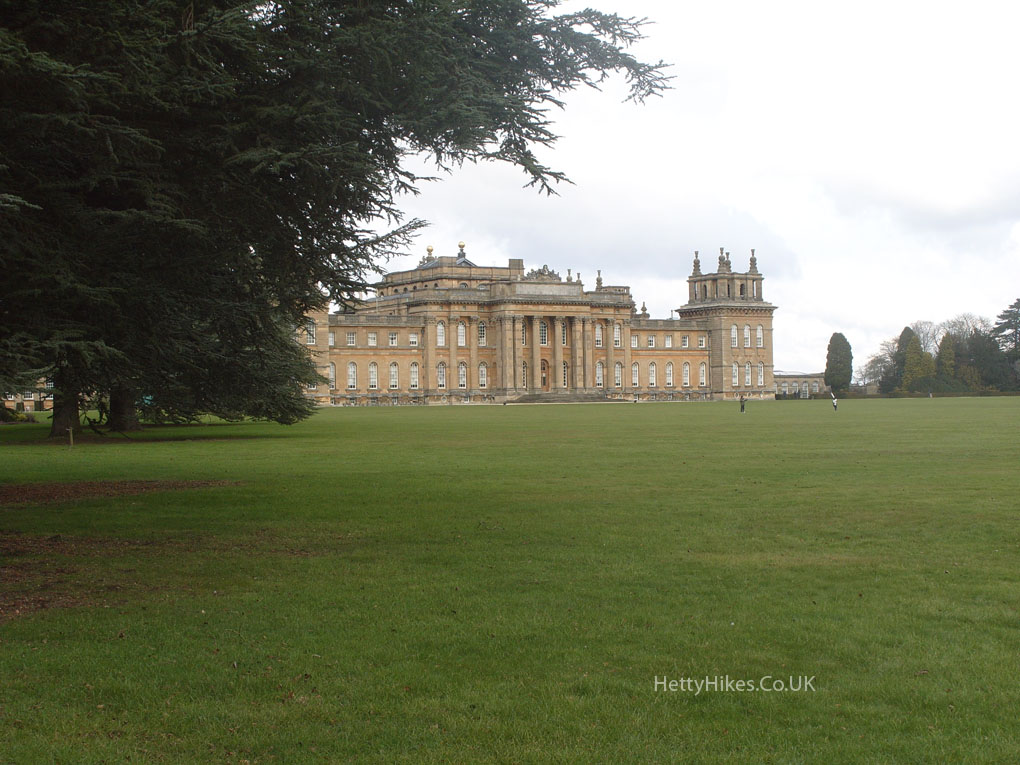 with a marble bust of Louis XIV, looted by Marlborough from France in 1709, above the portico 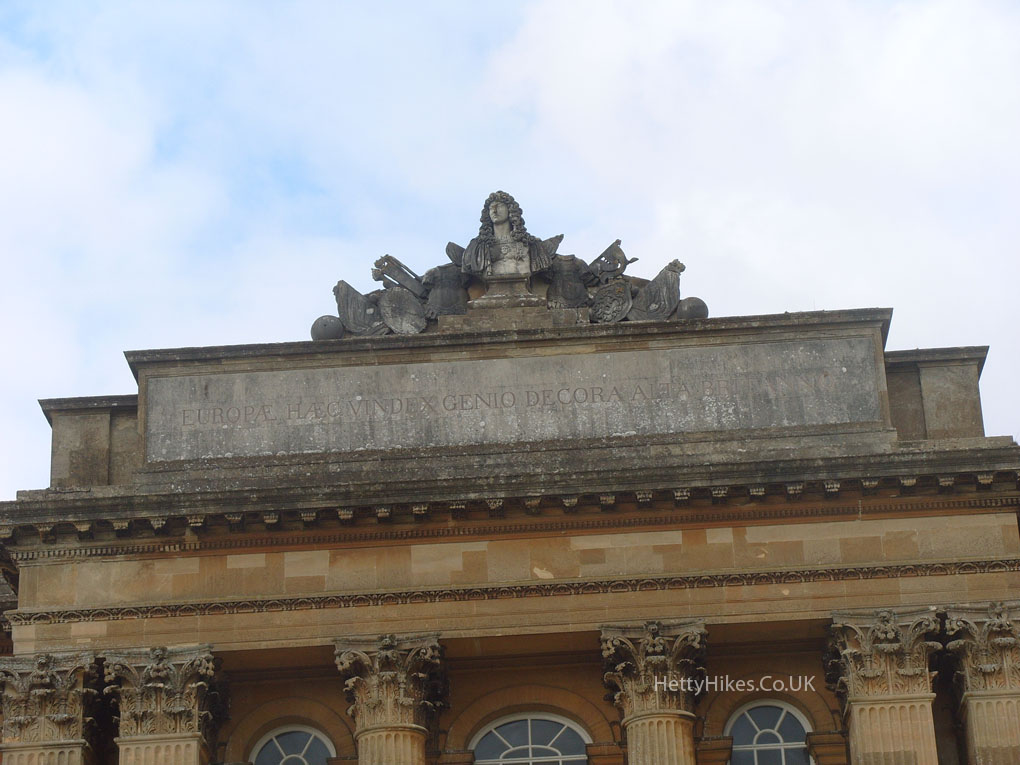 In the secret garden 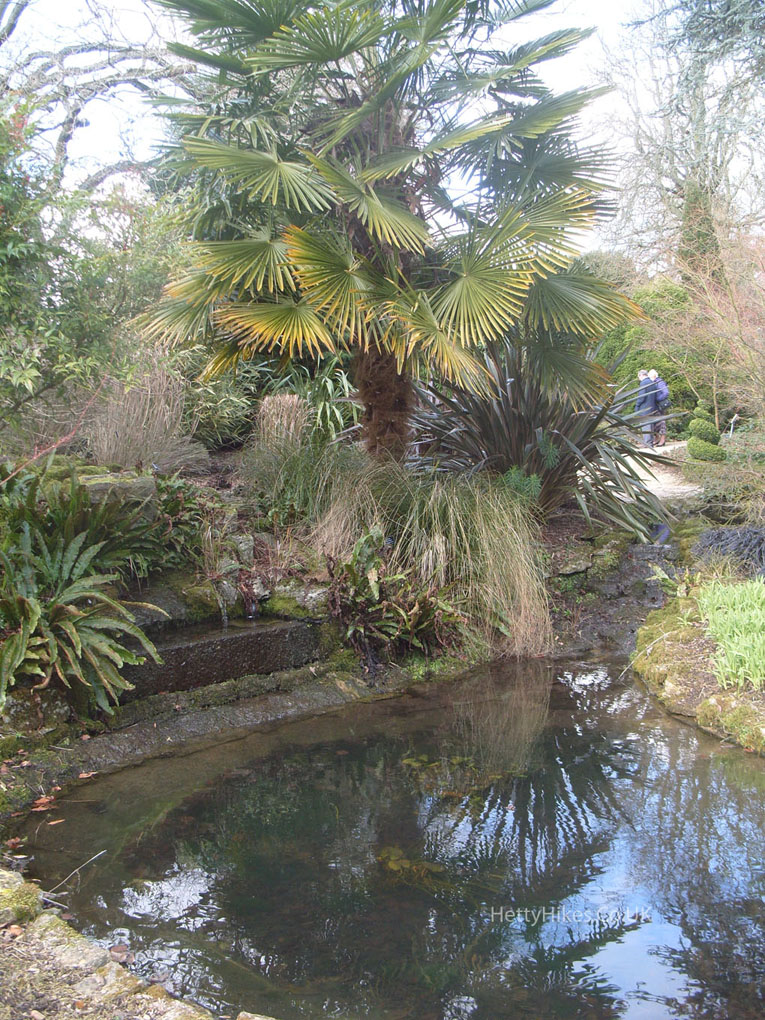 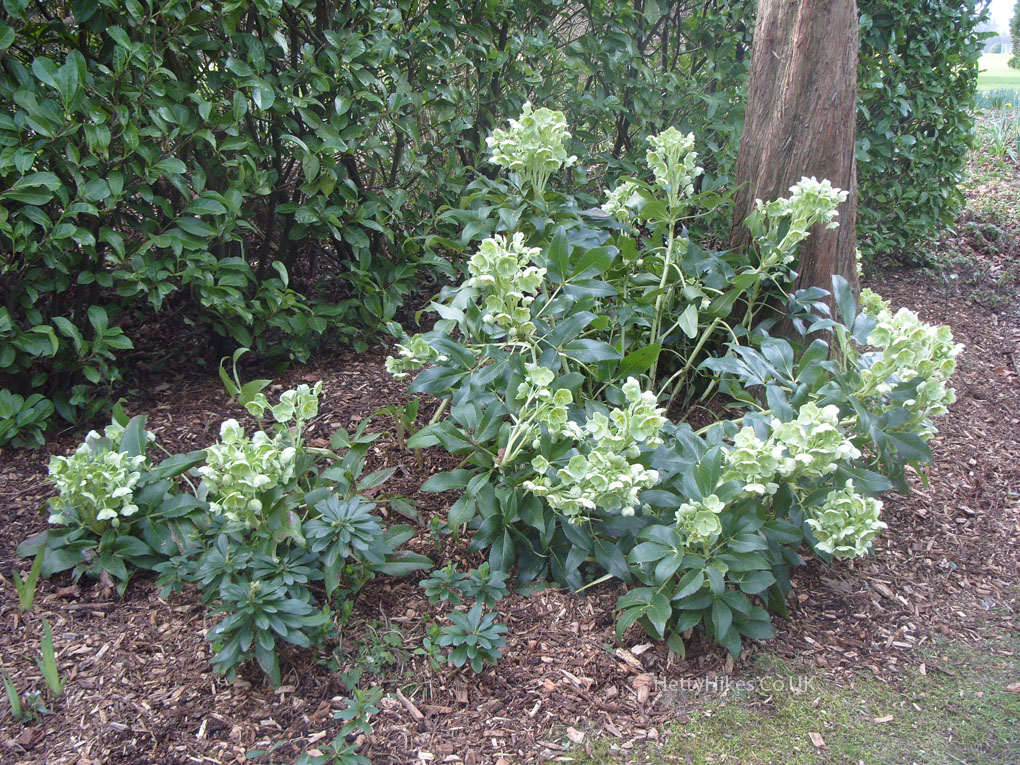 1925-30 the water terraces were built, and the fountains added later 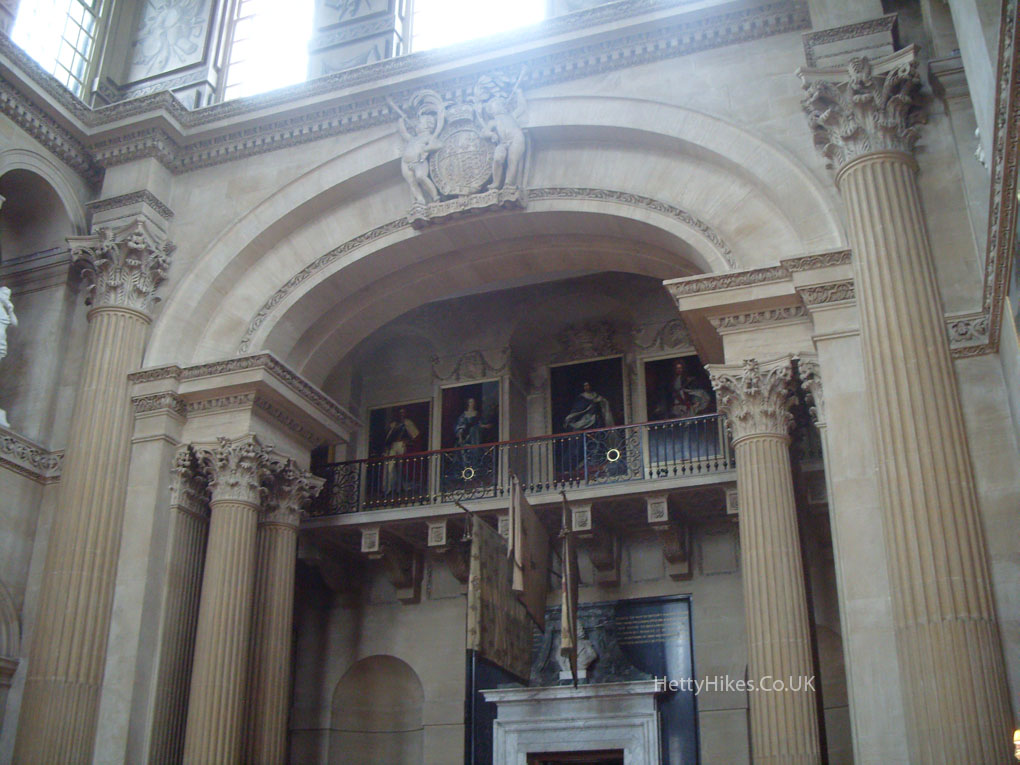 The state apartments have lovely ceilings 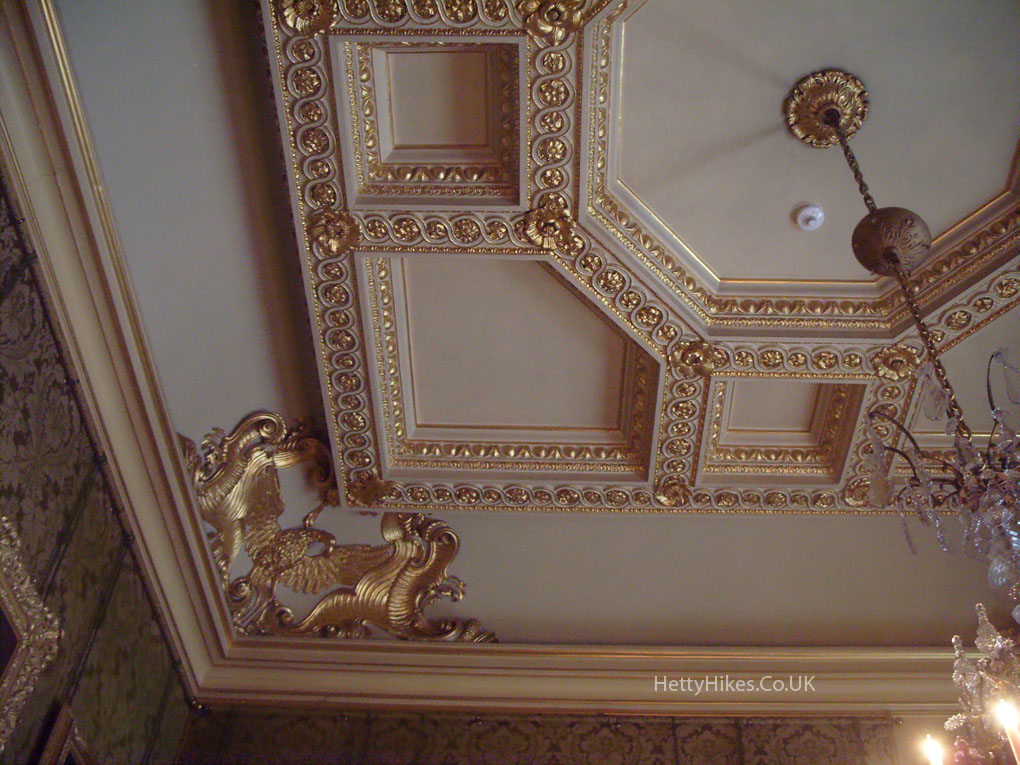 Someone was playing the massive organ in the long library, which is 180 ft (55 m) long In the chapel is a huge monument to John Churchill, 1st Duke of Marlborough We didn’t see everything, so we’ll have to go back another day.