The Mustard House, Barton St, mid 15th century timber framed building. Mustard seed was dried in the attic storey and chutes led to the processing floor below. The resulting mustard was sold from the ground floor 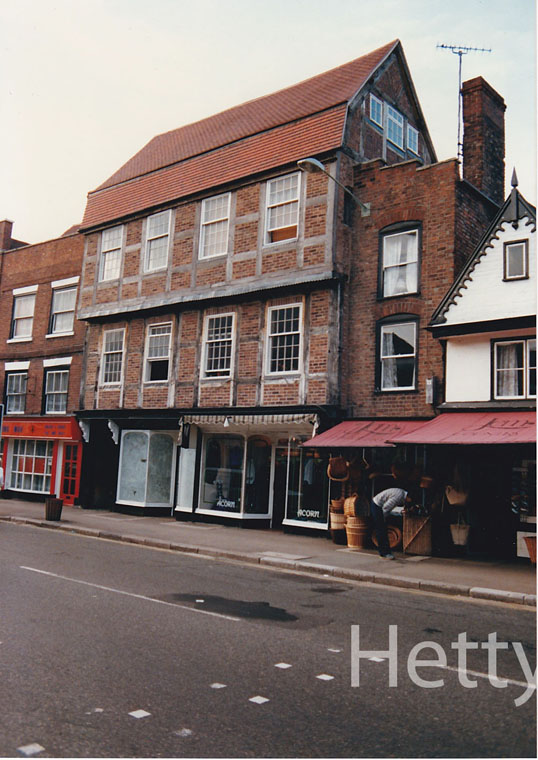 The Wheatsheaf, High St, built about 1500 – a Public House until 1956. It has continuous fenestration – an unbroken line of windows from side to side of the building The Black Bear, on the corner of High St and King John’s Bridge, is said to be the oldest inn in Gloucestershire. An inn has existed on this site since the 12th century. The present structure was founded in about 1308. The present timber frame is 16th century. The bar has an unusual embossed leather ceiling Tudor House Hotel, built in 1540. 16th century timber-framed building, re-fronted in Georgian period with brick, and later faced with plaster and false timbers. In the 17th century it was the Court of Justice, and later an academy, founded by one of the Pilgrim Fathers 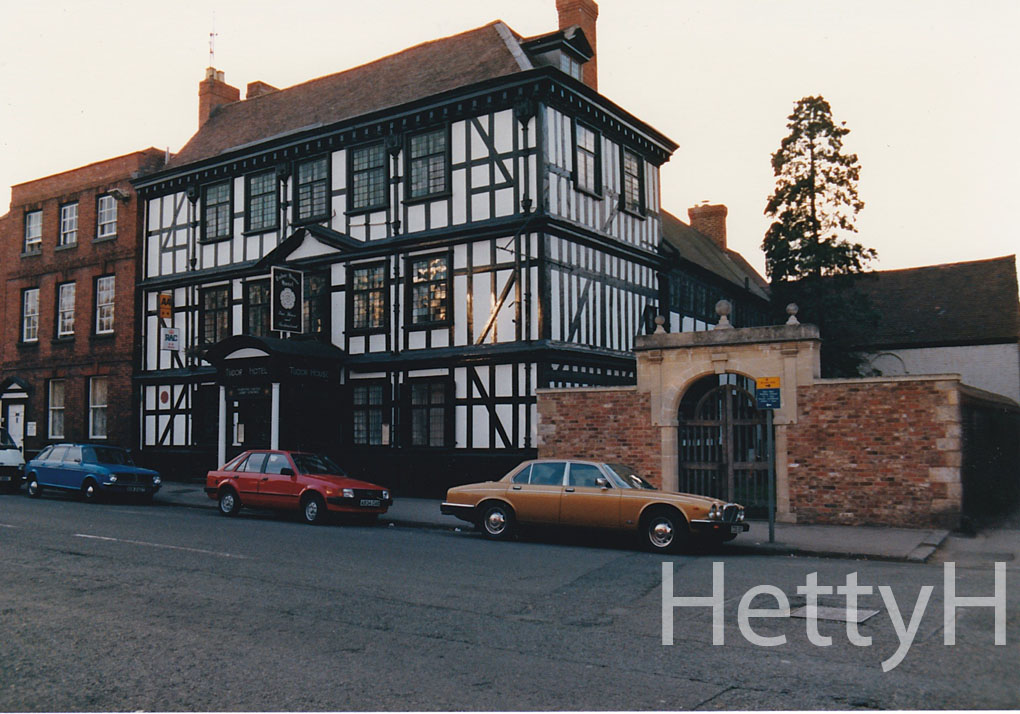 The Cross House, late 15th century. The ground floor windows have been removed and now appear in the ground floor of The Bull. The close studding of the timbers on the side elevation indicates the wealth of the original owners 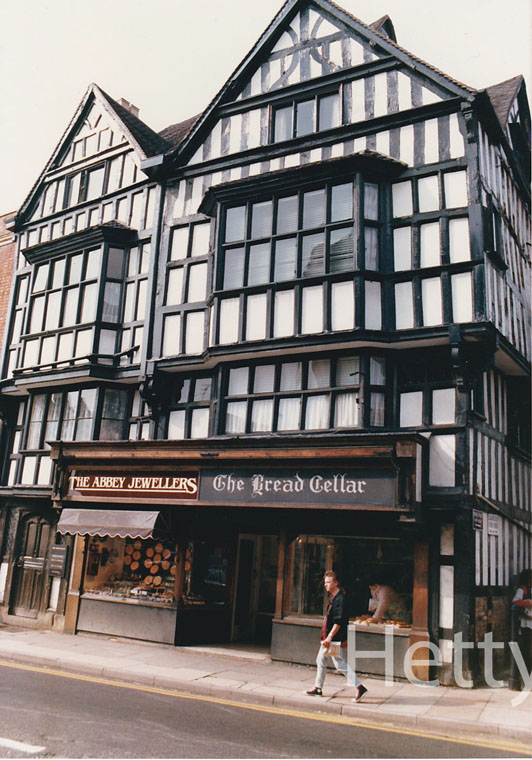 Royal Hop Pole Hotel was known in the 18th century as the New Inn, when it had a wide coach gateway instead of the present porticoed entrance. The Bull, to the right, closed early in the 19th century, but was added to the Hop Pole after 1918. The ground floor windows came from the Cross House 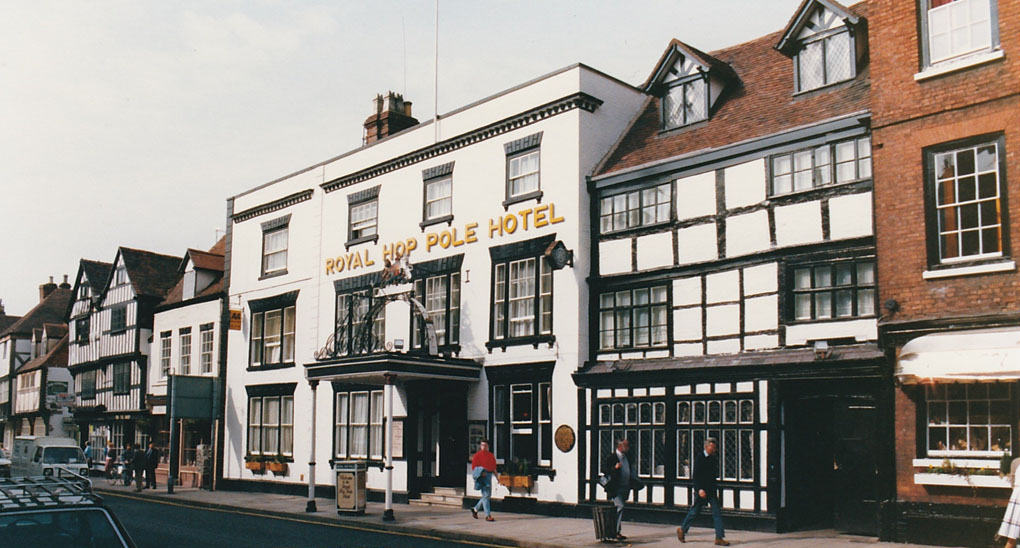 The Hat Shop, Church St, has continuous fenestration. The building was refurbished in 1664, when the ‘Beadle’s Hat’ was suspended from the 1st floor. Trade signs were used, as there was a great deal of illiteracy 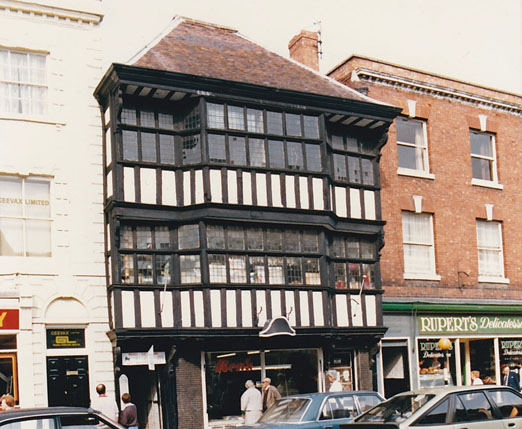 Craik House, Church St, was once the home of Mrs Craik, the author of John Halifax Gentleman, published in 1857 and partly set in Tewkesbury 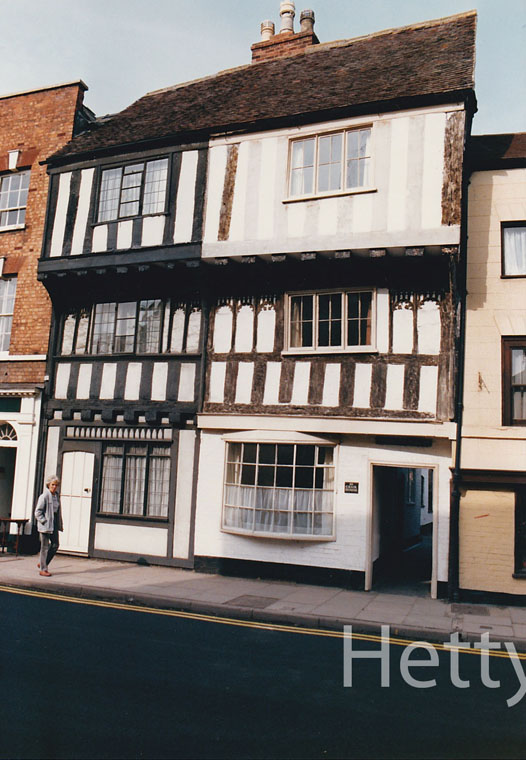 Abbey Lawn Terrace is a complete medieval terrace of 24 shops and houses, and contains The Little Museum 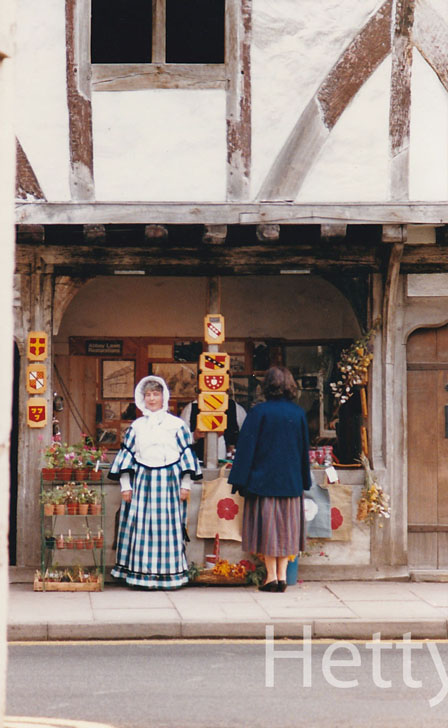 28 to 32 St Mary’s Lane, 18th century ‘Top Shop‘ buildings – 18th century weavers cottages. The family lived on the lower floor, and worked at the looms on the floor above Old Baptist Chapel, 15th century hall, adapted as a place of worship in the early 17th century. The burial ground has gravestones of the Shakespeare family. On the right of the alley are 14th century buildings that were the old Malt House – with a raised floor, under which fires were burnt to heat the malt Mill Bank Cottages and Abbey Mill. The original mill belonged to the monks. At the dissolution, control of the mill passed to the owners of ‘Tewkesbury Park’. In the early 17th century there were 5 mills, but by late 19th century Abbey Mill was closed. It has been restored and now is a restaurant

Bell Hotel, originally a 15th century monastic hostelry attached to the Abbey, it was rebuilt in 1696 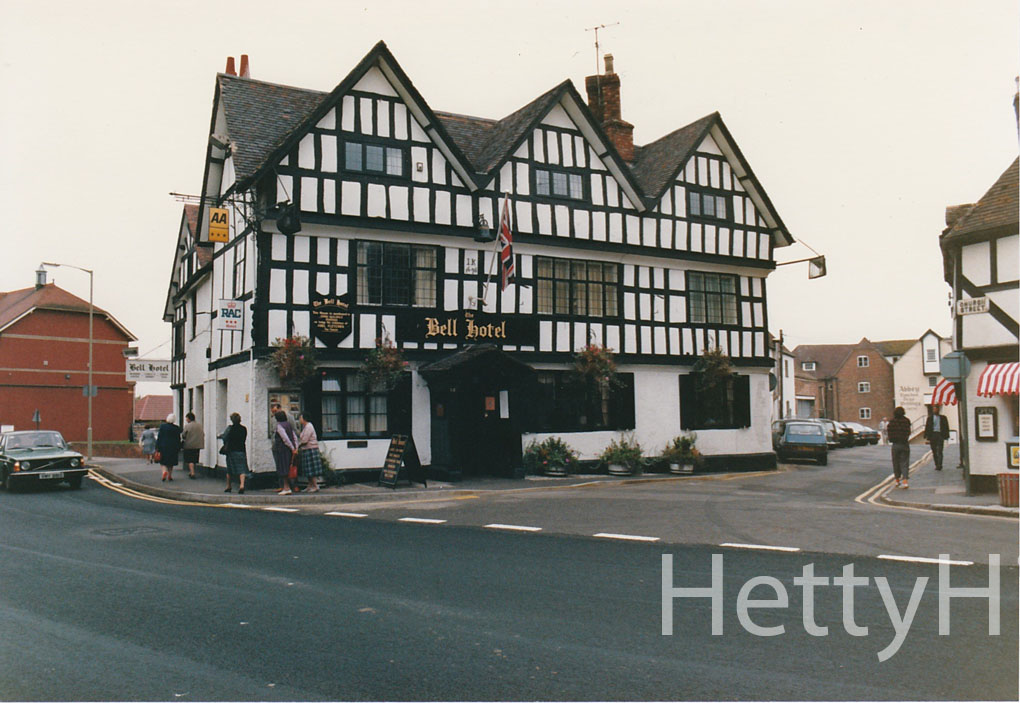 Tewkesbury Abbey – at the dissolution of the monasteries, the townspeople paid £453 to King Henry VIII and saved it from destruction 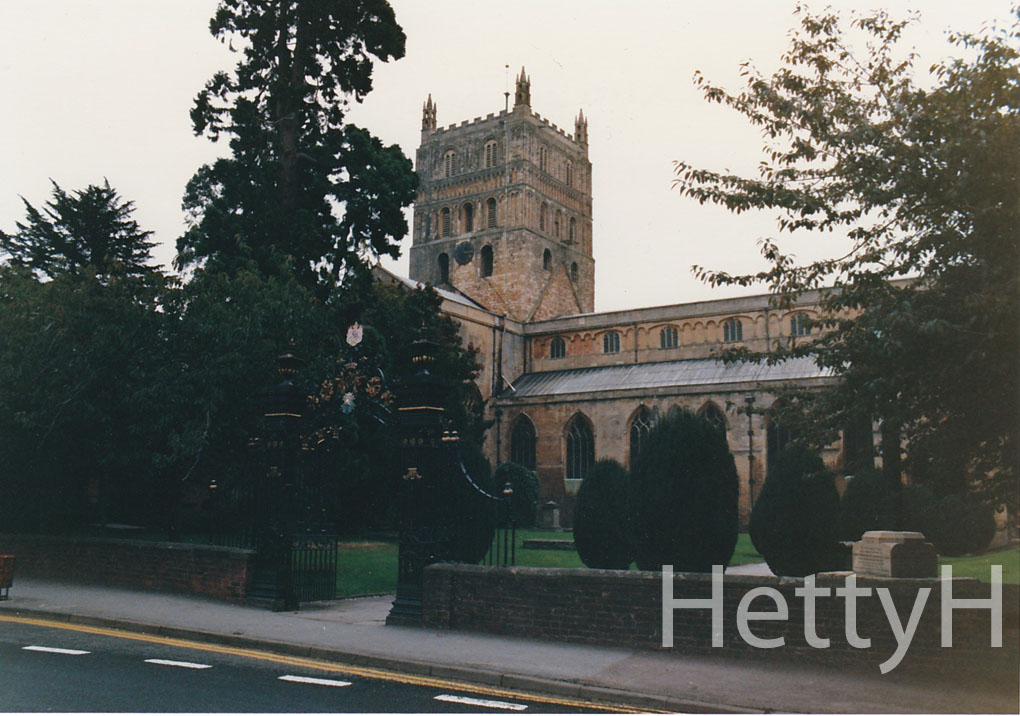 Abbey Gateway, late 15th century, stone built; it is one of the few remains of the monastic buildings